In the petition, the Jamaat-ud-Dawa (JuD) chief said that he has no relation with the banned Lashkar-e-Taiba (LeT), Al-Qaeda or any other similar organisations, reported Express Tribune.
Agencies 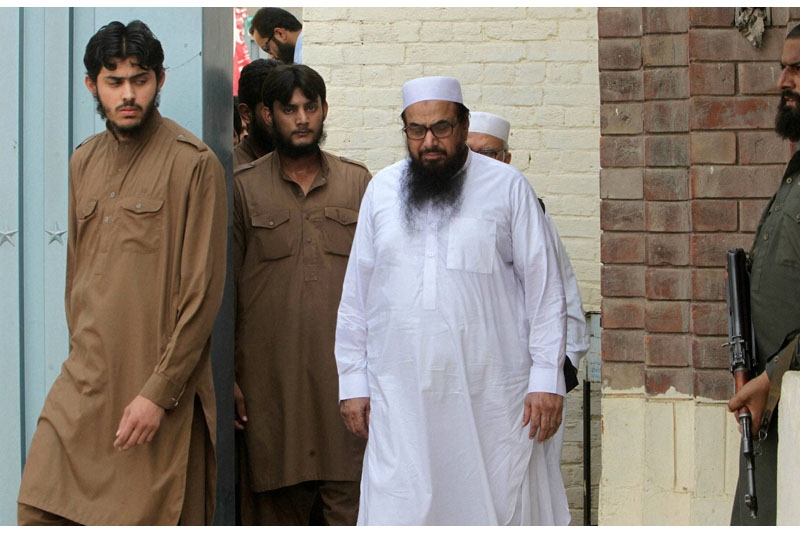 Lahore: United Nations proscribed terrorist Hafiz Saeed on Friday filed a plea in the Lahore High Court challenging terror financing cases lodged against him. In the petition, the Jamaat-ud-Dawa (JuD) chief said that he has no relation with the banned Lashkar-e-Taiba (LeT), Al-Qaeda or any other similar organisations, reported Express Tribune.

The plea asked the court to declare the FIR registered against him as "null and void". Last week, the Counter-Terrorism Department (CTD) of Pakistan's Punjab province registered multiple cases against Saeed and 12 of his aides, including his brother-in-law Abdul Rehman Makki.

As per the charges, their terror outfits were operating under the guise of charities and were involved in funnelling funds to terror suspects. Cases were registered under the Anti-Terrorism Act against five proscribed outfits in Lahore, Gujranwala, and Multan - Dawatul Irshad Trust, Moaz Bin Jabal Trust, Al Anfaal Trust, Al Madina Foundation Trust, and Alhamd Trust.

The action came ahead of the crucial financial bailout meeting between Pakistan and the International Monetary Fund in Washington today. However, India has called Pakistan's action of charging Saeed "cosmetic".

"Pakistan's sincerity to take action against terrorists and terror groups will be judged on the basis of their ability to demonstrate verifiable, credible and irreversible action against terror groups operating from their soil and not on the basis of half-hearted measures which they undertake sometimes to hoodwink the international community," External Affairs Ministry spokesperson said in a statement on July 4.