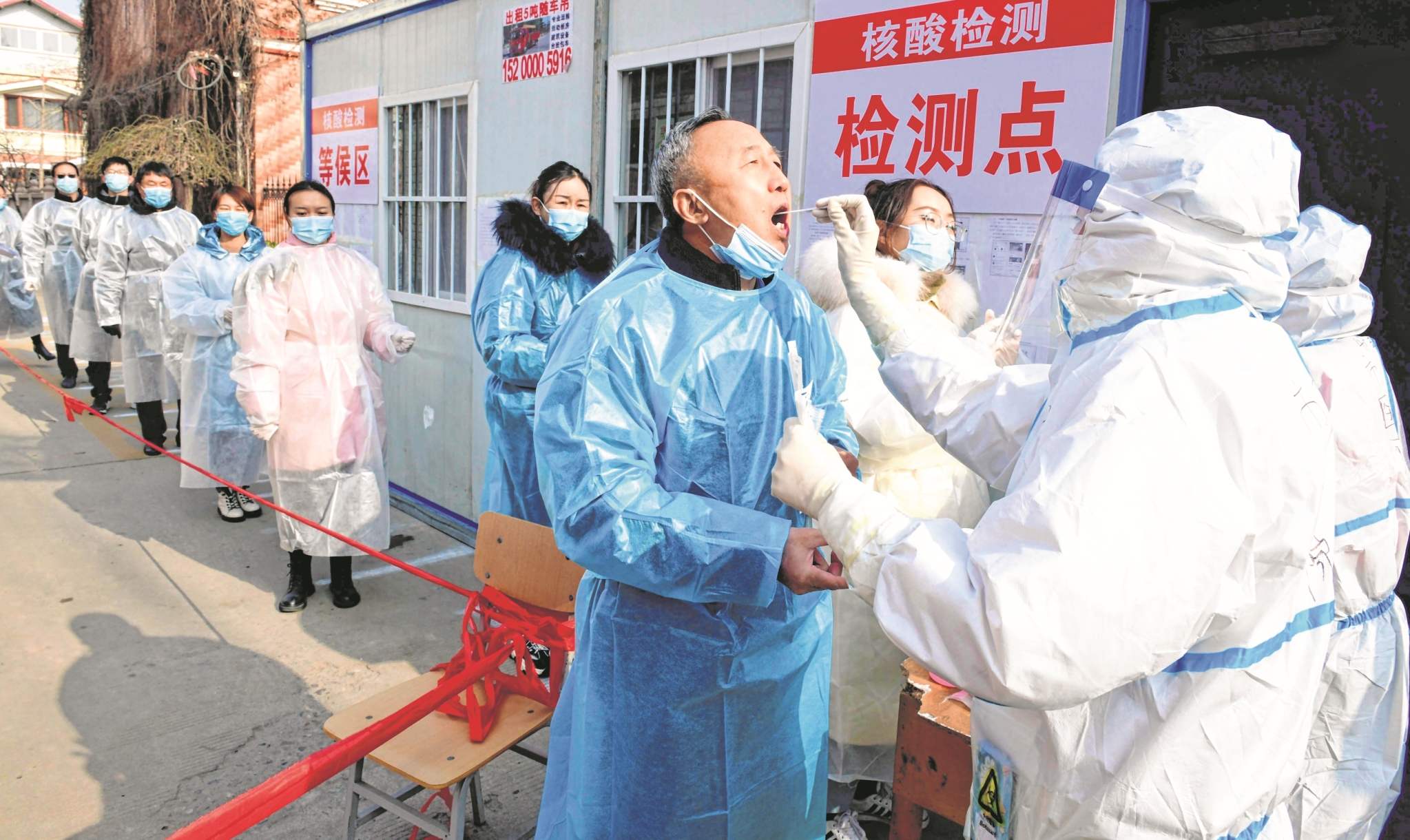 Beijing: Authorities in Wuhan, capital of Hubei province, have completed a round of all-inclusive testing in five days to contain the latest Covid-19 resurgence, officials said.

More than 11.28 million residents of the city, where the pandemic originated in 2019, have been tested for the novel coronavirus during the citywide testing that began on August 3, Li Tao, deputy secretary-general of the Wuhan municipal government, told a press conference on Sunday.

This means a "basically full coverage" of all residents in Wuhan, except for children under six and university students away on summer vacation, Xinhua news agency quoted Li as saying.

The mass testing was launched after new locally transmitted infections emerged among several migrant workers on August 2. By August 7, Wuhan had registered 37 locally transmitted confirmed cases and 41 asymptomatic carriers in the latest outbreak. Many of the cases have been identified as the highly contagious delta variant that is driving a resurgence in many countries.

Peng Houpeng, deputy director of the municipal health commission, said nine of the infections were found in the mass screening of residential compounds under closed-off management, while the other cases were found among quarantined close contacts.

COVID-19 resurfaced in the city after the city dealt with the first surge of coronavirus cases in December, 2019. China's National Health Commission said on Saturday 139 new cases COVID-19 were reported on Friday.

The total number of confirmed COVID-19 cases on the mainland reached 93,605 by Friday, including 1,444 patients still receiving treatment, 39 of whom were in severe conditions and 4,636 had died as a result of the virus, the commission said.