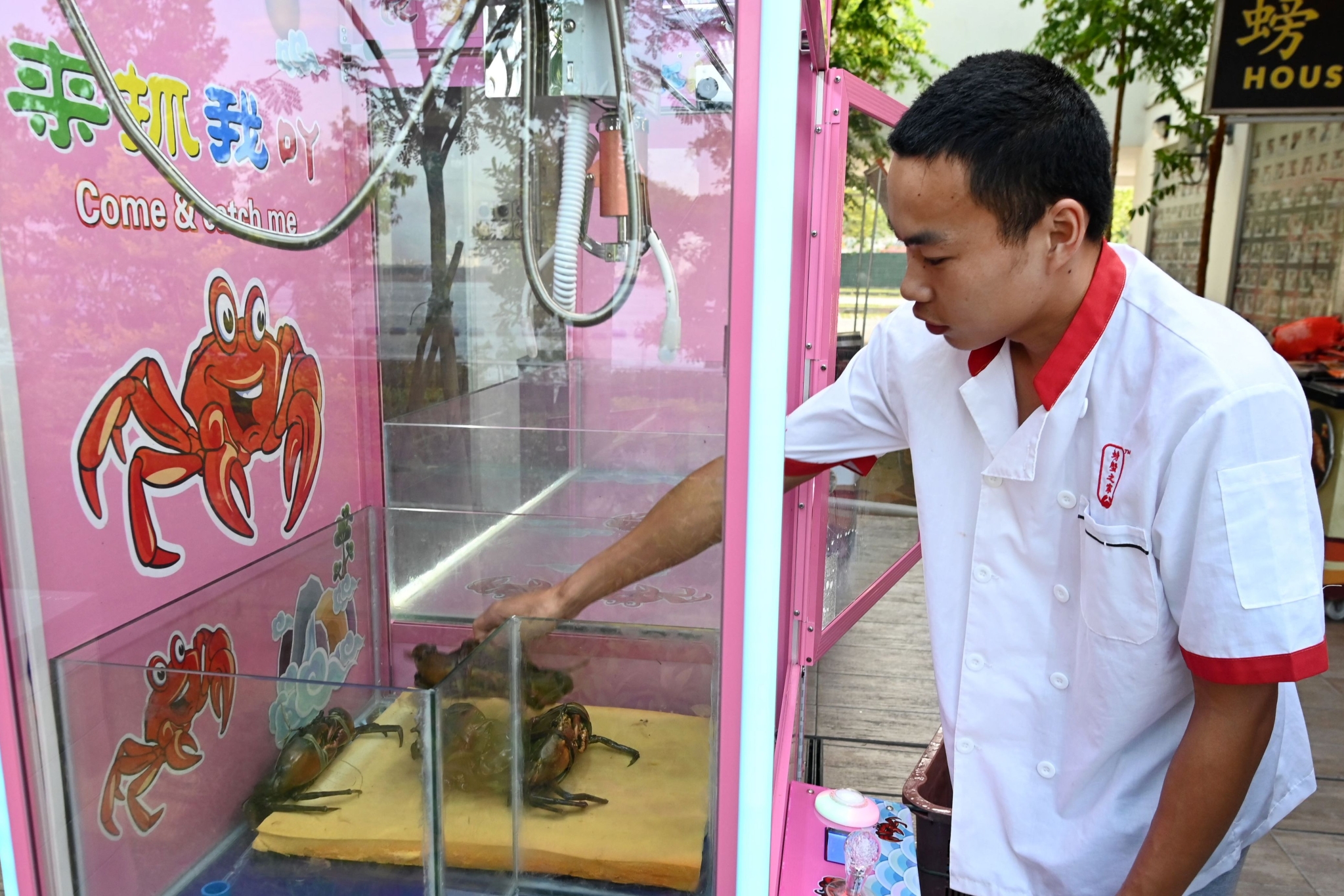 A restaurant worker loading crabs into a claw machine at a seafood restaurant in Singapore. | Photo by Roslan RAHMAN / AFP

Singapore: A Singapore restaurant Thursday suspended a bizarre promotional stunt where customers use an arcade-style machine with a mechanical claw to catch live crabs after it sparked uproar online.

A video of the pink machine, containing the creatures and emblazoned with a picture of a smiling red crab under the phrase "Come and catch me", went viral after being posted this week.

Similar to machines where people pick up soft toys, the game sees customers pay 5 Singaporean dollars (USD 3.7) to use a joystick to move the claw over the creatures before lowering it to try to grab one.

If successful, the customer can have the Sri Lankan crab cooked on the spot free of charge, choose to take it home, or leave it at the House of Seafood restaurant to eat another time. But internet users condemned the game as cruel after the specially produced video promoting it went online.

"This is too much," Joseph Soh wrote on Facebook. "Why are you making their remaining life even more difficult... Absolutely disgusting." The Society for the Prevention of Cruelty to Animals said the machine "causes unnecessary harm to the animals and it also encourages people to see animals as nothing more than objects to play with".

"Crabs are living creatures, not toys," it added. The government's Animal and Veterinary Service said it was alerted to the case and was investigating. House of Seafood chief executive Francis Ng told AFP the promotion, which began this month, had been suspended after the outcry -- but added he was surprised at the reaction.

"People think I torture them but we don't have any intention of doing that," he said. "The crabs are not being hurt." The claw is covered with plastic and the area inside is cushioned to prevent injury if the creatures are dropped, added Ng, who also posted an apology on the restaurant chain's Facebook page.

Ng said a similar promotion at two restaurants he operates in China was a success. He plans to meet with Singapore authorities and will cease using the machine permanently if ordered. Restaurants across Asia often keep live seafood in tanks for diners to pick out for their meals.