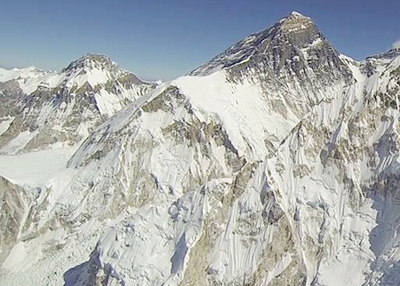 Beijing : Glaciers on Mount Everest, source of major Asian rivers like Brahmaputra, have shrunk by 28 per cent over the past 40 years due to climate change, according to a report.

The glacial shrinkage area is compared to the measurements taken in the 1970s in the report released by the Chinese Academy of Sciences (CAS), Hunan University of Science and Technology, and Mount Qomolangma Snow Leopard Conservation Centre.

The glacier area on the south slope of the world’s highest mountain, in Nepal, has decreased 26 per cent since the 1980s, the report said.

Part of the report, which was released yesterday, also said Mt Everest, known as Mount Qomolangma in Tibet, has been getting warmer for the past 50 years.

Kang Shichang, a researcher with the State Key Laboratory of Cryospheric Sciences under the CAS, said the data was based on long-term remote sensing and on-site monitoring.