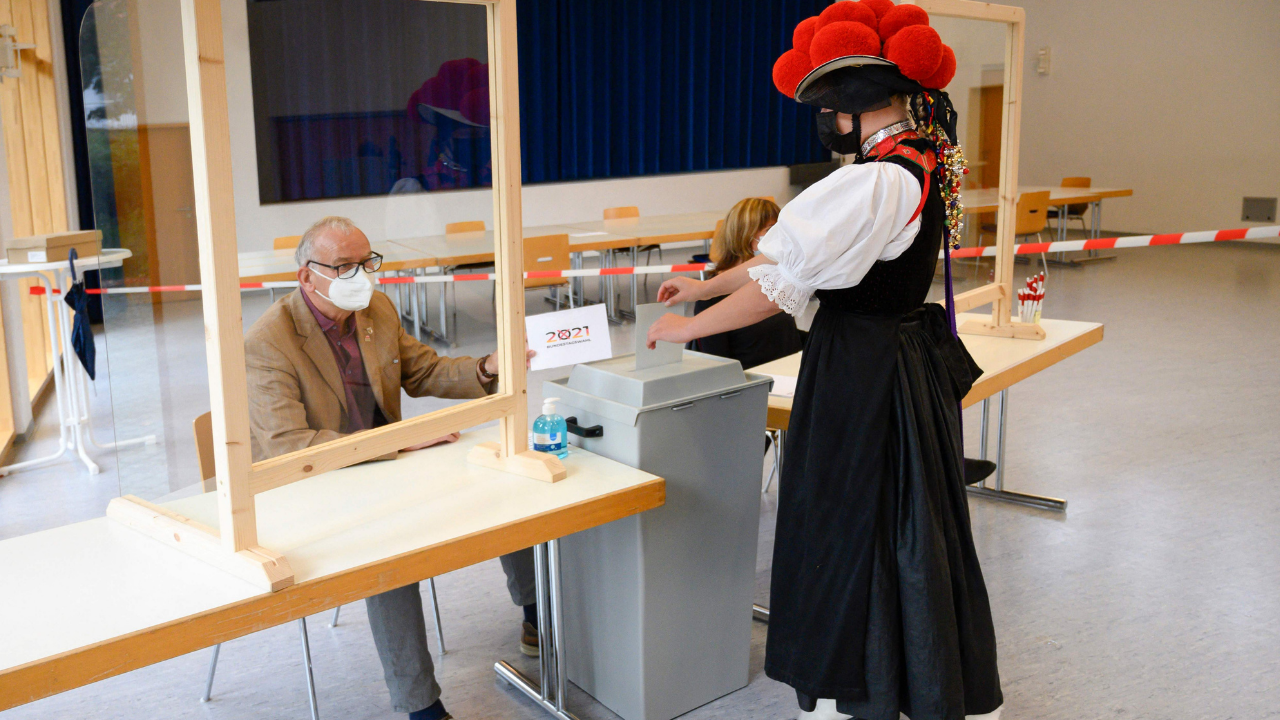 A woman wearing a traditional "Bollenhut" pompon hat typical for the Black Forest region casts her vote for the German federal elections at a polling station in Gutach near Freiburg, southwestern Germany, on September 26, 2021. | AFP

German voters started to cast their ballots on Sunday to elect a new Bundestag, or the federal parliament, on which to form a new government for the next four years and usher in the post-Merkel era.

According to the Federal Returning Officer, around 60.4 million citizens are eligible to vote. Polling stations will be open on Sunday from 8 AM to 6 PM (local time). However, at least 40 per cent of eligible voters have cast their ballots by post, compared to 28.6 per cent in the last election in 2017.

Polling institutions will interview voters anonymously at the exit of selected polling stations, and the initial results will be published exactly after the election ends through public broadcasters.

The election is of great importance as incumbent Chancellor Angela Merkel will no longer run for reelection after almost 16 years in office. As she will retire from her political career, Germany and, to some extent, the European Union will enter a new era with unclear prospects.

The competition is so fierce that it is difficult to predict which party will garner the most seats in the Bundestag. According to the latest opinion poll results, the latecomer Social Democratic Party, with Finance Minister Olaf Scholz as its chancellor candidate, tops the list by only one to four percentage points ahead of Merkel's Union Party, whose chancellor candidate is Armin Laschet, minister-president of the North Rhine-Westphalia state.

Opinion poll results also showed that the Greens will probably become the third-largest party, while the other three parties in the current Bundestag, the Free Democratic Party, the Left Party and the right-wing Alternative for Germany are likely to cross the five per cent threshold for entering the Bundestag.