Cops declare the rampage as 'a terrorist attack'
Aditi Khanna 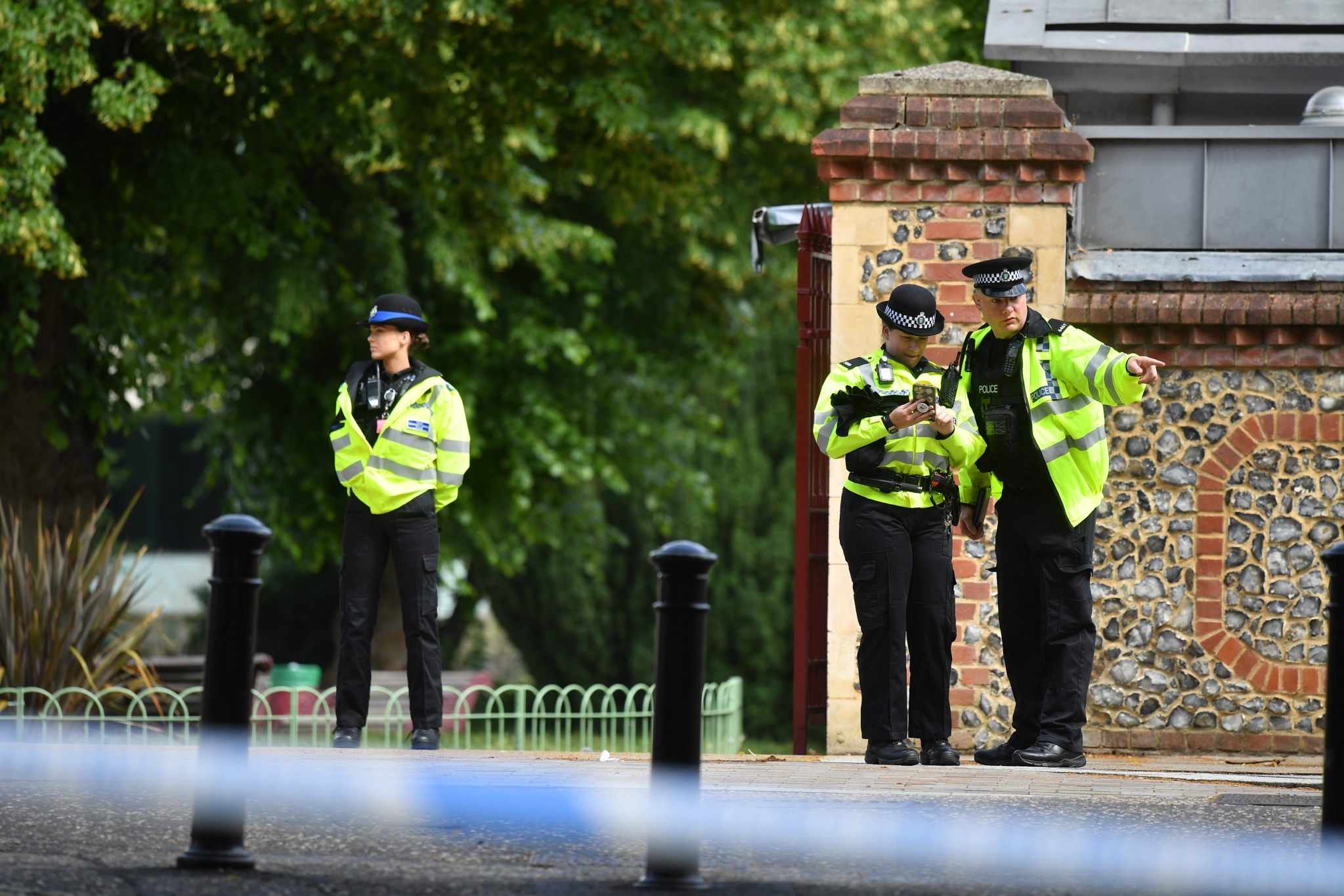 UK counter-terrorism officers on Sunday declared a stabbing rampage by a Libyan-origin man in a park in the English town of Reading that left three people dead as a terrorist attack.

The local Thames Valley Police had initially launched a murder inquiry and said it was keeping an open mind on the motive behind the knife rampage in a busy park in the city centre on Saturday evening.

A 25-year-old man who was arrested on suspicion of murder Saturday night, remains in police custody at this time, the statement added.

The knife attack took place in Forbury Gardens in the centre of the city in Berkshire.

The arrested man is believed to be a Libyan-origin resident in Britain.

"Incidents of this nature are very rare, though I know that will be of little comfort to those involved and understand the concern that this incident will have caused amongst our local community. We will be working closely with our partners over the coming days and weeks to support the Reading community during this time, as well as with CTPSE as they progress their investigation," he said.

"We have made one arrest and at this stage we are not looking for any other people in connection with this incident. There is no intelligence to suggest that there is any further danger to the public, however we urge people to remain vigilant and report anything suspicious by calling police," Detective Chief Superintendent Ian Hunter, Head of Crime at Thames Valley Police had earlier said.

The police force also confirmed that the attack had no connection with an anti-racism Black Lives Matter protest that took place at the same park earlier on Saturday.

Ministers said that UK Prime Minister Boris Johnson and UK Home Secretary Priti Patel will remain in contact with the police leading the investigation through Sunday. They had issued Twitter messages expressing their shock at the "senseless attack".

"It's clearly a terrible crime whatever the motivation and we will be making sure the police have all the support they need," UK Health Secretary Matt Hancock told BBC on Sunday.

South Central Ambulance Service said "multiple ambulance resources" were sent to the scene, including five ambulance crews and a helicopter.

The Reading park was busy at the time with large crowds gathered outdoors to enjoy the good weather. Panic set in as the knife-wielding man was spotted, with shouts "run, run" heard as people started dispersing from the area.

Images later emerged of local police carrying out an armed operation at a block of flats in Reading, where the suspect was apparently held.