The centrist Macron is asking voters to trust him for a second five-year term despite a presidency troubled by protests, the pandemic and the war in Ukraine

The centrist Macron is asking voters to trust him for a second five-year term despite a presidency troubled by protests, the pandemic and the war in Ukraine. A Macron victory in this vote would make him the first French president in 20 years to win a second term.

The result of voting in France, a nuclear-armed nation with one of the world’s biggest economies, could also impact the conflict in Ukraine, as France has played a key role in diplomatic efforts and support for sanctions against Russia.

Le Pen’s support in France’s electorate has grown during this campaign to her highest level ever, and much will depend Sunday on how many people turn out to vote. Many of those expected to choose Macron are doing so to keep out Le Pen and ideas seen as too extreme and anti-democratic, such as her plan to ban the Muslim headscarf in public, or her ties to Russia.

Macron's detractors call him arrogant and a president of the rich, while the far-right leader has been accused of having ties to Russian President Vladimir Putin.

Macron rose to power on a whirlwind promise of change, but many complain they are yet to see it. His presidency has been buffeted by protests, the Covid pandemic and now the rising cost of living.

Marine Le Pen, meanwhile, has learned from the mistakes she made when she was resoundingly beaten by the same opponent in the second round in 2017. This is her third tilt at the presidency and if she fails it could be her last.

The great unknown in this election is how many voters will refuse to back either candidate, whether by casting a blank ballot or not turning out at all. Much of France is on holiday and turnout could be historically low.

The campaign has been short but the choice for voters is clear, between a pro-European sitting president and a nationalist candidate who seeks to ban the headscarf and restrict immigration.

Macron is favourite to win but any second term will be determined by whether he finishes with a convincing victory. Both he and Le Pen need to have convinced the almost 50% of voters who did not choose either of them in the first round ballot two weeks ago.

The level of abstention and the number of people protest voting by casting a blank ballot, as many supporters of “third man” the radical left’s Jean-Luc Mélenchon have promised, could affect the result.

The polling stations close at 7pm this evening in most of mainland France and 8pm in major towns and cities. An estimation of the result based on the count from a number of specific polling stations chosen as representative of France will be announced at 8pm. While it is only an estimation it is usually a reliable indication of who has won unless it is too close to call and within a margin of error.

Because of the time difference, those France’s overseas territories began voting on Saturday.

Campaigning officially ended at midnight on Friday when all opinion polls ceased and since when the candidates have been obliged to keep a low profile.

Macron’s programme includes a cap on fuel prices, indexing pensions and a progressive rise in the retirement age to 65 years. He also campaigned for a stronger Europe.

Le Pen has promised to lower the retirement age from 62 to 60 for those who began work before the age of 20, dropping VAT on fuel from 20% to 5.5%, and a new law to allow French nationals priority for housing, jobs and benefits as well as the deportation of illegal immigrants.

The candidates for the mainstream right and left both trailed with Valerie Pécresse from the conservative Les Républicains in fifth place and Anne Hidalgo for the Parti Socialiste in 10th place; both polled under 5% meaning they will not have their campaign expenses reimbursed. 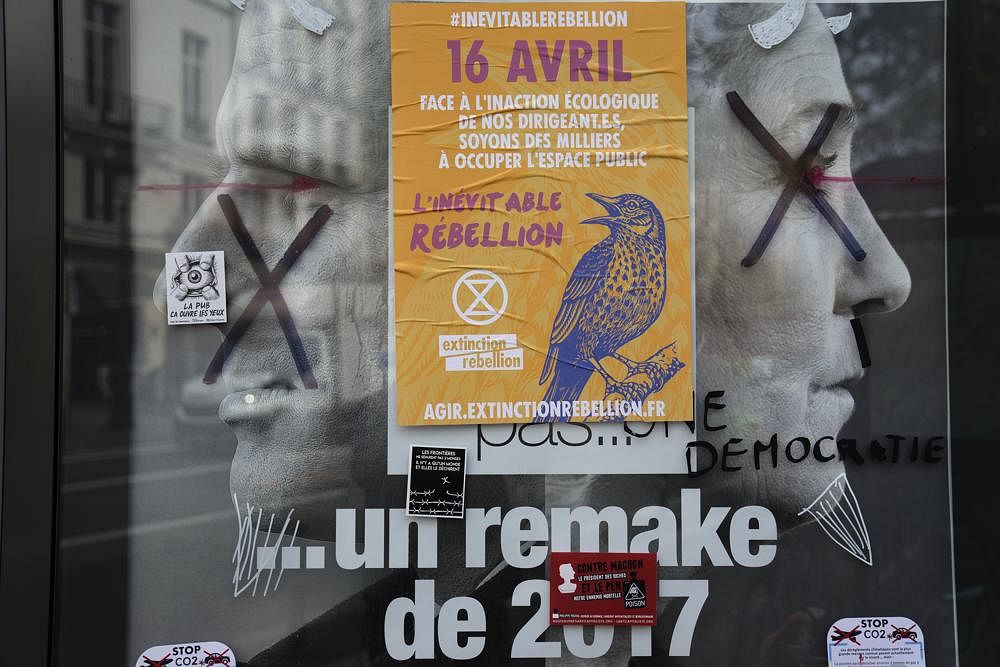