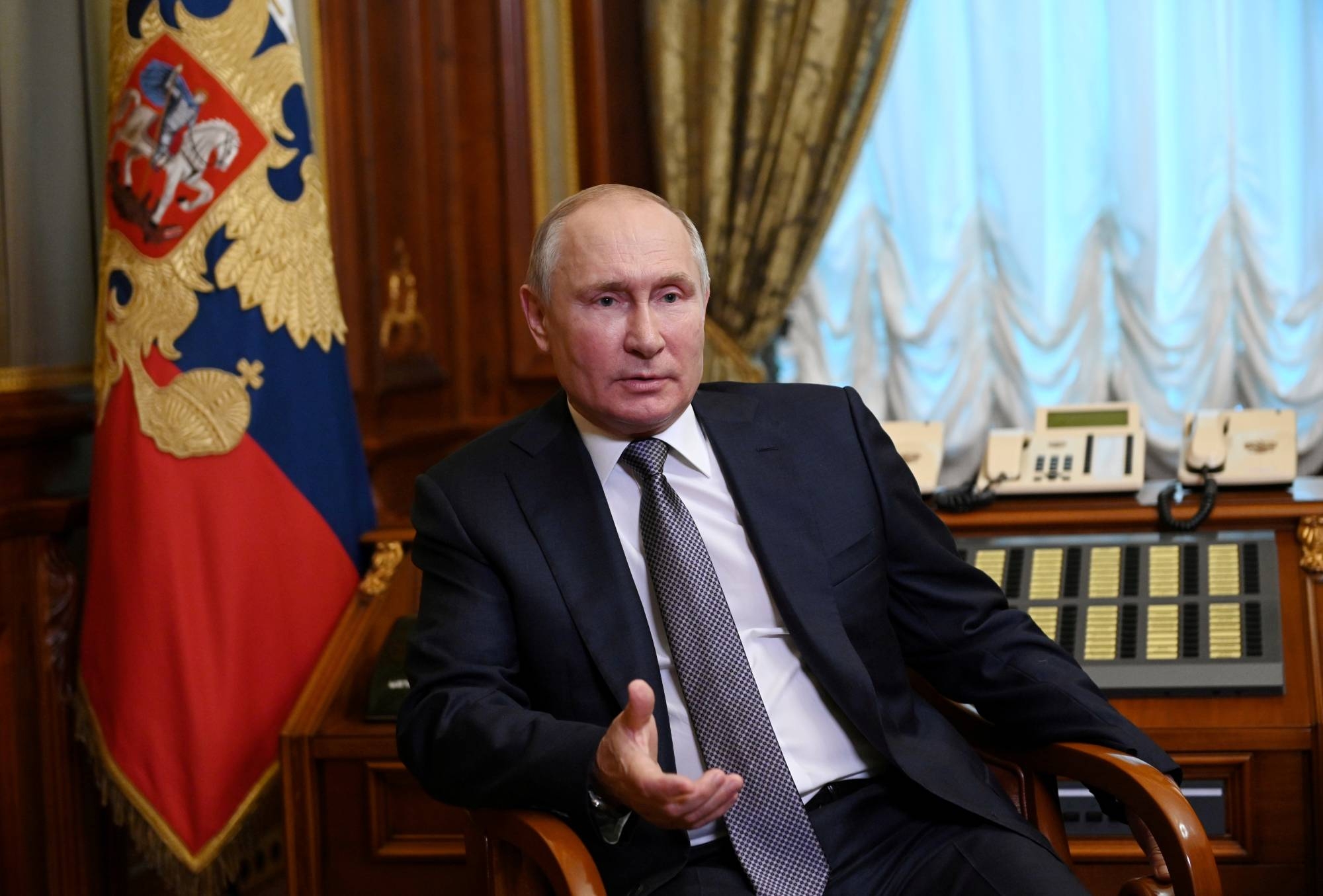 Russia is not planning an attack on Ukraine, Kremlin spokesperson Dmitry Peskov said after the US intelligence officials determined that Moscow could launch a military offensive against its neighbouring country as soon as early 2022, reported news agency ANI.

The recent actions of Russia signalling intention to invade Ukraine prompted US President Joe to hold discussions with his Russian counterpart, Vladimir Putin, over a secured telephone call last Tuesday.

When asked whether Putin was planning to launch a military offensive against Russia, Peksov said, "No, the problem is very simple.”

The concern over possible invasion of Ukraine has further grown as Russia continues to deploy more troops in the border areas. In an interview with Greek TV channel ANT1, Peskow said, "Russia can move its forces wherever it wants. Referring to US warplanes landing in Ukraine, the Kremlin spokesperson said that the troops have been moved closer to the areas that could pose a threat to national security."

Last week, Biden said that he coordinated with European allies to make it “very, very difficult” for the Russian President to attack Ukraine.

Putin said on Nov. 30 that Russia was concerned about military exercises in Ukraine being carried out near the border, saying these posed a threat to Moscow.

He has insisted Russia is free to move troops around its own territory and has denied claims the country could be preparing to invade Ukraine.

Ukraine shares borders with both the EU and Russia, but as the former Soviet Republic, it has deep social and cultural ties with Russia and their main language is also Russian.

Russia has long resisted Ukraine's move towards European institutions, and its key demand is that it never joins Nato or has the military alliance's offensive weapons on its soil.

When Ukrainians deposed their pro-Russian President in 2014, Russia seized and then annexed the southern Crimean peninsula from Ukraine and Russian-backed separatists captured large lands of Ukraine's two eastern regions collectively known as the Donbas.

It was learned that Russia was planning a major military offensive into Ukraine, launching as many as 175,000 troops into the country as soon as early next year.

Russia had already been amassing troops and equipment along with parts of Ukraine’s border, placing about 70,000 troops there, according to a recent US estimate. Ukrainian officials put the number higher, at more than 90,000. These troop buildups had intensified fears that Russia would invade Ukraine, throwing the region into conflict and the European continent into deep crisis.

US President Joe Biden said earlier this week that he warned Russian President Vladimir Putin that Moscow will face severe economic consequences if it tries to attack Ukraine, but promised prospective talks to address Russia's concerns about NATO's expansion.

Biden said he was very straightforward with Putin during their call Tuesday (Dec 7), warning the Russian leader that he will pay a heavy price if he invades Ukraine.

However, when asked by reporters if the President would role out U.S. troops on the ground to stop Russia, Biden said that's not on the table, "saying that a U.S. obligation to protect NATO allies if they come under attack doesn't extend to Ukraine, which is not in the Atlantic military alliance."

The U.S. has been training and advising Ukrainian forces since 2015 and has also provided over $2.5 billion in security assistance since 2014. The support includes items like air surveillance radars, armed patrol boats, and Javelin anti-tank systems, according to the Department of Defense. US anti-tank Javelin missiles have also been sent to Ukraine.

The UK has also extended help to Ukraine to build two naval bases, at Ochakiv on the Black Sea, and Berdyansk on the Sea of Azov.

Since the 2014 annexation, there has been a proxy war in the Donbas region of Ukraine between Russian-backed forces and the Ukrainian government.

(with inputs from sources and agencies)