Finland "wants to take care of the practical questions arising from being a neighbour of Russia in a correct and professional manner," Niinisto had said Saturday.

Finland today formally announced its decision to join NATO with Finnish President Sauli Niinisto confirming that his country will formally apply for membership of the NATO military alliance, BBC reported.

While Finland cleared its intentions of joining the intergovernmental military alliance, Sweden's ruling party is holding a decisive meeting that could pave the way for a joint application as the alliance military alliance heads for a historic enlargement prompted by Russia's war on Ukraine.

President Sauli Niinisto and Prime Minister Sanna Marin made the announcement at a joint news conference at the Presidential Palace in Helsinki. "This is a historic day. A new era begins," AP quoted Niinisto as saying.

"The conversation was direct and straight-forward and it was conducted without aggravations. Avoiding tensions was considered important," Niinisto was quoted as saying in a statement by his office. "The phone call was initiated by Finland."

Finland "wants to take care of the practical questions arising from being a neighbour of Russia in a correct and professional manner," Niinisto had said Saturday.

The Finnish president and Prime Minister Sanna Marin had said on Thursday that they wanted the country to join NATO "without delay" and that a membership bid was expected to be announced on Sunday.

Russia, which shares a long land border with Finland, had warned earlier that it would be a mistake for Finland to join the transatlantic alliance and that it would harm bilateral ties.

this is a developing story 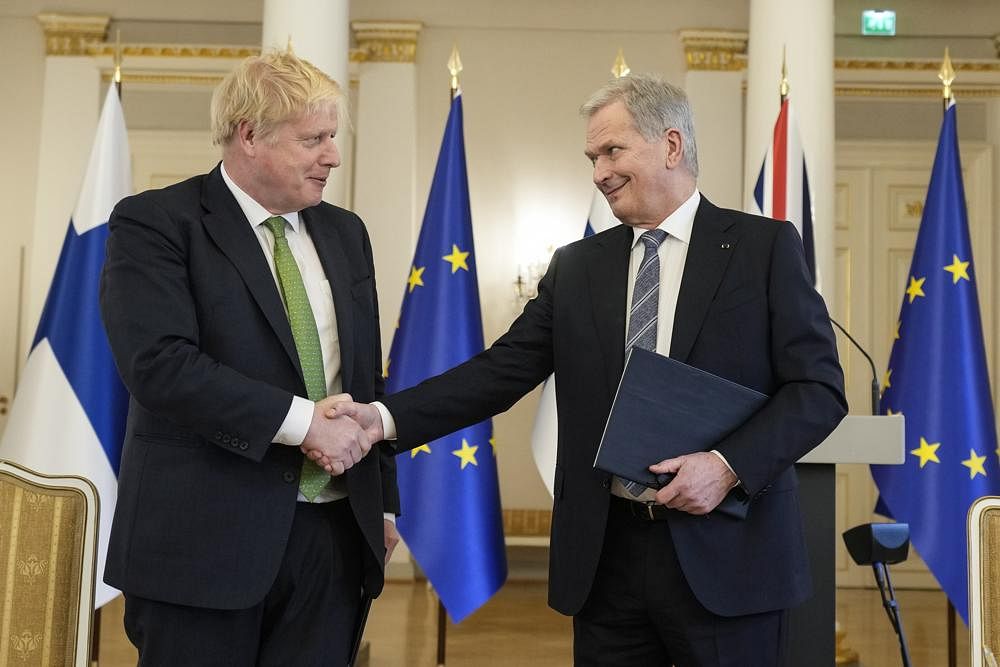