The indictment read out before the state court in Itzehoe, charges Irmgard Furchner with more than 11,000 counts of accessory to murder
Associated Press 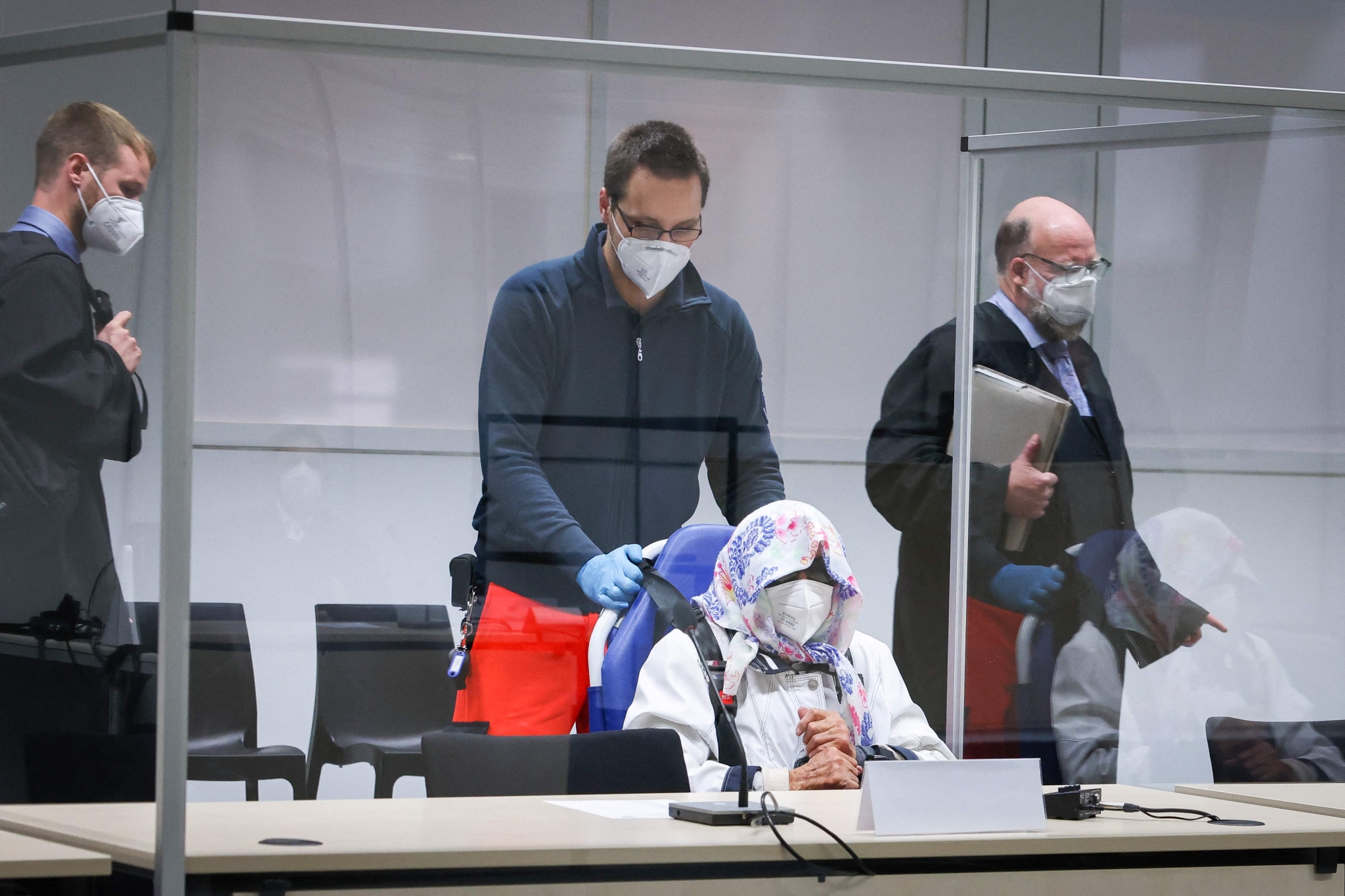 A 96-year-old former secretary for the Stutthof concentration camp's SS commander appeared before a court in northern Germany on Tuesday to formally hear the charges against her.

The indictment read out before the state court in Itzehoe, near Hamburg, charges Irmgard Furchner with more than 11,000 counts of accessory to murder.

Furchner had tried to skip the start of her trial last month but was later picked up by police and placed in detention for several days.

The defendant was brought to the courtroom in a wheelchair on Tuesday to hear the indictment, which couldn't be read out in her absence.

Prosecutors accuse Furchner of being part of the apparatus that helped the Nazis' Stutthof camp function during World War II more than 75 years ago.

She is alleged to have "aided and abetted those in charge of the camp in the systematic killing of those imprisoned there between June 1943 and April 1945 in her function as a stenographer and typist in the camp commandant's office."

The defendant did not respond to the allegations leveled against her Tuesday. The trial is scheduled to continue on October 26.

Tens of thousands of people died at Stutthof and its satellite camps, or on so-called death marches at the end of the war.

Furchner is being tried in juvenile court because she was under 21 at the time of the alleged crimes.