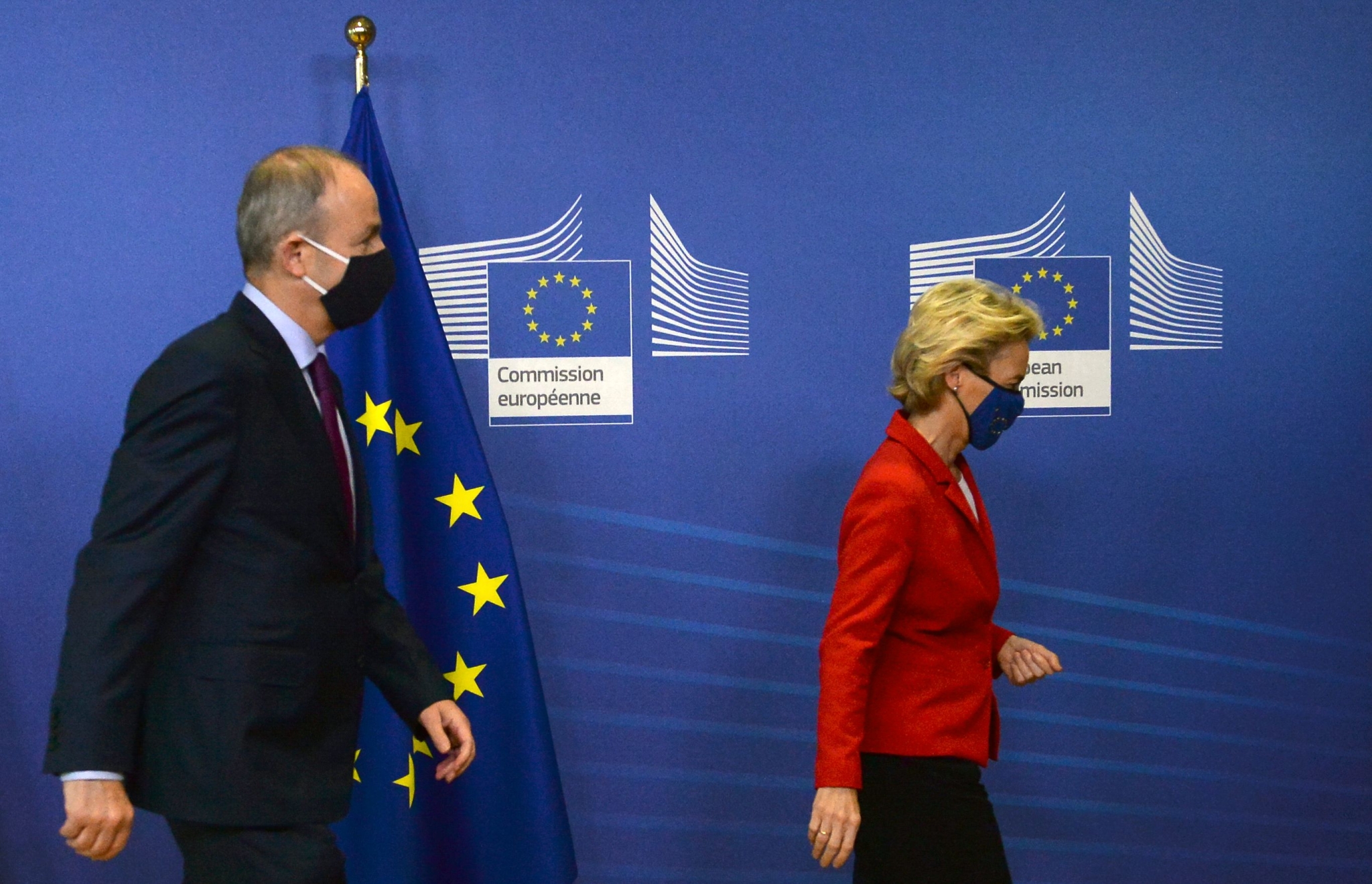 The European Union took legal action against Britain on Thursday over its plans to pass legislation that would breach parts of the legally binding divorce agreement the two sides reached late last year.

The EU action underscored the worsening relations with Britain, which was a member of the bloc until January 31.

Both sides are trying to forge a rudimentary free trade agreement before the end of the year, but the fight over the controversial UK Internal Market bill has soured relations this month.

European Commission President Ursula von der Leyen said that the British plan "by its very nature is a breach of the obligation of good faith laid down in the Withdrawal Agreement." "If adopted as is, it will be in full contradiction to the protocol of Ireland-Northern Ireland" in the withdrawal agreement.

The EU had given London until Wednesday to withdraw the bill but instead U.K. lawmakers voted 340-256 Tuesday to push the legislation past its last major House of Commons hurdle.

It must also be approved by the House of Lords, where it is sure to meet strong opposition because it breaches international law.

At the same time, EU and UK officials were continuing talks on a trade deal, going into detailed negotiations over everything from fisheries rights, state aid rules and legal oversight in case of disputes.

Time is short for the UK and the EU to mend fences. A transition period that followed Britain's Brexit departure ends in less than 100 days, on December 31.

The EU-UK trade negotiating session is supposed to wrap up Friday but expectations are that negotiations will continue right up to an Oct. 15-16 EU summit, which

British Prime Minister Boris Johnson has set as a deadline for a deal. The EU said talks could continue right up to the end of the month.

The UK Internal Market Bill now further complicates issues. If it becomes law, it will give the UK the power to disregard part of the Brexit withdrawal treaty dealing with trade to and from Northern Ireland, which shares a 300-mile (500-kilometer) border with Ireland.

EU leaders fear that could lead to the re-imposition of a hard land border and erode the stability that has underpinned peace since Northern Ireland's 1998 Good Friday accord.

The UK government says it respects the peace accord and the Brexit withdrawal agreement, but wants the law as a "safety net" in case the EU makes unreasonable demands after Brexit that could impede trade between Northern Ireland and the rest of the UK.

Prime Minister Boris Johnson's large parliamentary majority ensured the bill passed its final House of Commons vote on Tuesday night, despite resistance from opposition parties and even some members of the governing Conservative Party.

Britain says it wants a free trade deal along the lines of the one the EU has with Canada, allowing for goods to be traded with no tariffs or quotas.

The EU says if the U.K. wants access to EU markets it must respect standards that EU companies have to live by since Britain is just too close to allow for undercutting rules that would allow for so-called "dumping" of UK merchandise at prices lower than in the EU.