Ukraine has criticised France, Germany and, to a lesser extent, Italy, for alleged foot-dragging in their support, accusing them of being slow to deliver weapons and of putting their own economies ahead of Ukraine's security

The European Union's political heavyweights were en route for Kyiv on Thursday morning in a bid to underscore Europe's support for Ukraine.

The visit by the three European leaders has taken weeks to organise with the three men looking to overcome criticism within Ukraine over their response to the war.

Ukraine has criticised France, Germany and, to a lesser extent, Italy, for alleged foot-dragging in their support, accusing them of being slow to deliver weapons and of putting their own economies ahead of Ukraine's security.

The trip marks a first for the heads of the EU's three largest economies. Neither have yet visited Ukraine since the Russian invasion in February, with Scholz and Macron heavily criticised at home for not visiting the war-torn country earlier.

The BBC reported that air raid sirens went off in Kyiv just as the three leaders arrived.

The three leaders visited Irpin, a town near Kyiv which Russian troops brutally occupied at the beginning of the war. They were being briefed on what went on in the city, and work being done to get life back to normal.

Irpin is on the doorstep of Kyiv, and in early March Russian troops intent on conquering the capital took hold of the town.

Its blown-up bridge and river crossing became known internationally as a risky escape route from next-door Bucha, the scene of many of Russia's alleged war crimes. In Irpin itself, the bodies of 290 civilian victims were found.

The European leaders are to meet with Ukraine’s President Volodymyr Zelenskyy. The visit carries heavy symbolic weight given that the three Western European powers have often faced criticism for not providing Ukraine with the scale of weaponry that Zelenskyy has been begging them for, and for their willingness to keep speaking to Russian President Vladimir Putin.

Many leaders and regular people in the Baltic and Central European nations, which were controlled by Moscow during the Cold War, believe that Putin only understands force, and have viewed the efforts by Macron and others to keep speaking to Putin following his invasion as unacceptable.

Hopes were high among Ukrainians that the visit could mark a turning point by opening the way to significant new arms supplies.

The visit comes as EU leaders prepare to make a decision June 23-24 on Ukraine’s request to become a candidate for EU membership, and ahead of an important NATO summit June 29-30 in Madrid.

A decision on whether the war-torn country can gain EU candidacy status is expected at a European summit on 23-24 June. If successful, this will start a negotiation process to become a bona fide member state, which may take several years. 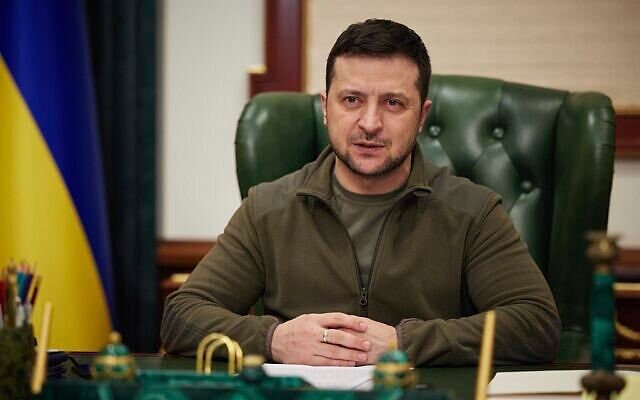