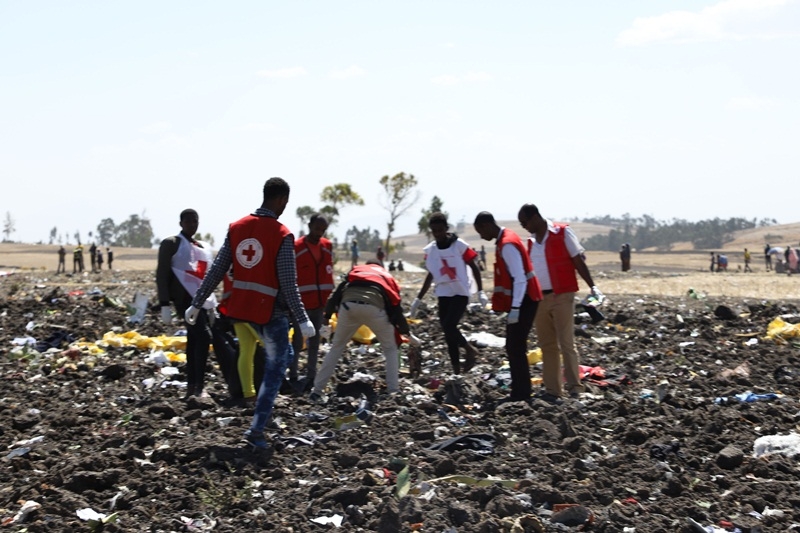 Addis Ababa: The pilot of Ethiopian Airlines flight 302 told air traffic controllers that he was having control problems before the Boeing 737 Max 8 jet crashed, according to an account of cockpit voice recordings from the airlines Chief Executive Tewolde GebreMariam.

The pilot did not mention bird strikes or external problems, but requested permission to return to Bole Airport in Addis Ababa within minutes of takeoff on Sunday. The pilot “reported back to air traffic controllers that he was having flight control problems”, but cited no other issues, GebreMariam told the Wall Street Journal. The airline is planning to send the 737 Max 8 plane’s flight data recorder to Europe rather than the US for analysis, he said.

Flight 302 was bound for Nairobi when it plunged to the ground shortly after takeoff, killing all 157 people on board. It was the second crash involving the 737 Max 8 model in less than five months, after the Lion Air crash off Indonesia in which 189 people died in October. No evidence yet linked the crashes, but pilots on both planes reported problems moments after takeoff and sought permission to make emergency landings.

European regulators have grounded the model, along with China, Australia, India and others around the world. The US Federal Aviation Administration (FAA), Boeing and US airlines, however, maintain that the 737 Max is safe to fly. Pressure was growing in the US for regulators to act, with American and Canadian carriers now virtually alone in operating 737 Max flights, the Guardian reported. According to the Guardian, pilots on at least two US flights last year filed safety concerns about the aircraft after its nose tilted down suddenly when they engaged the autopilot. Their reports are part of database, compiled by NASA that does not reveal the airlines or locations.

The FAA said it was continuing to review all data from operators and pilots, but the review so far showed “no systematic performance issues and provides no basis to order grounding the aircraft. Nor have other civil aviation authorities provided data to us that would warrant action”. In the US, American Airlines and Southwest Airlines operate the Max 8 and United Airlines flies a slightly larger version, the Max 9. All three carriers vouched for the safety of Max aircraft on Wednesday. US crew unions, however, called for the planes to be grounded. According to the daily, many airlines had schedules planned around deliveries of the 737 Max, which could be affected by a prolonged grounding.