A group of climate and fishermen activists in Sri Lanka has filed a lawsuit against the government and operator of MV X-Press Pearl over the ship wreck that caused severe damage to the environment.

Colombo Page reported that the Center for Environmental Justice (CEJ), an environmental rights group, and fishermen's activists filed a fundamental rights petition in the Supreme Court on Friday against the government and the operators of the MV X-Press Pearl, over the environmental damage caused by the ship's fire.

The petitioners alleged that local authorities should have been able to prevent the fire onboard the MV X-Press Pearl, which was carrying hazardous chemicals and plastics and requested that necessary steps be taken to detain the ship's captain and crew and that appropriate criminal and civil action be taken against the ship's owners and their agents.

The petitioners also called on the government to make relevant laws and regulations to prevent such disasters in the future. The CEJ said the crew of the ship knew of an acid leak on May 11, long before entering Sri Lankan waters, and local authorities should not have allowed the vessel in. 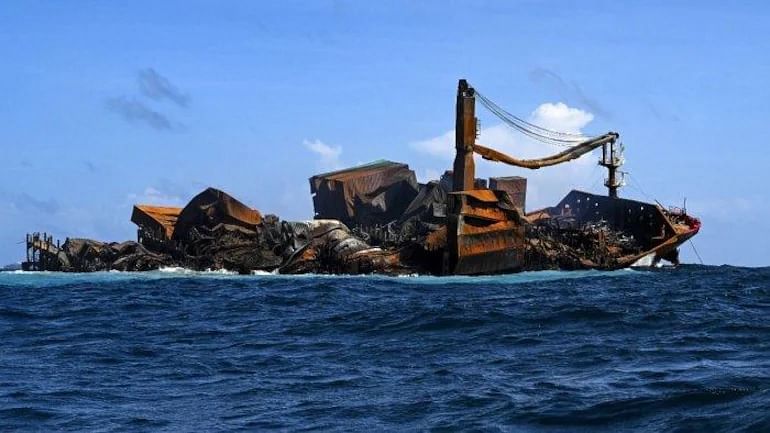 The CEO of the company that owns the X-Press Pearl ship expressed his regret over the incident while participating in a foreign media conference. "Due to the existing travel restrictions, the company could not provide the necessary personnel to carry out tasks such as cleaning to minimize the damage, but had already taken steps to provide the necessary mechanical facilities," he said.

As per the news website, the petitioners further requested the court to direct 11th respondent, X-Express Feeders, and the 12th respondent C Consortium Lanka to dispose of plastic nurdles and other debris from the MV X-Press Pearl ship in an environmentally friendly manner or re-export the material.

A Singapore registered cargo ship had sunk off the coast of Sri Lanka this week during an attempt to tow the vessel to deeper waters.