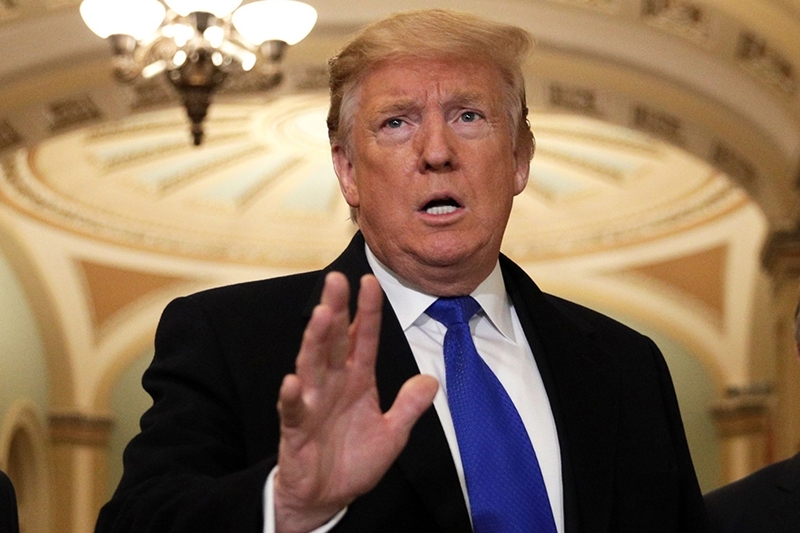 Washington: The US supports Israel “100 per cent” in its defence against a barrage of deadly rocket attacks by militant groups in Gaza, US President Donald Trump has said, warning Palestinians that such actions would bring them “nothing but more misery”. Tensions flared up on Saturday between Israel and Palestine with massive rocket fire from Gaza, drawing waves of Israeli retaliatory strikes which continued throughout Sunday. At least 23 Palestinians, including at least nine militants, were killed. Four civilians in Israel were killed, at least three of them Israeli citizens.

“Once again, Israel faces a barrage of deadly rocket attacks by terrorist groups Hamas and Islamic Jihad. We support Israel 100 per cent in its defense of its citizens,” Trump said in a tweet on Sunday. “To the Gazan people — these terrorist acts against Israel will bring you nothing but more misery. End the violence and work towards peace – it can happen!” Trump said in a tweet. According to media reports, the militant groups have fired about 600 rockets towards Israel. In response, Israel has launched about 250 air strikes against terrorist groups in the region.

The flare-up comes despite a truce brokered by Egypt last month. It is one of the most surges in violence since the conflict of July and August 2014. In that year, Israel launched a ground offensive on Gaza following the kidnapping and killing of three Israeli teenagers. The conflict killed 67 Israeli soldiers. Hamas and its allies launched more than 4,500 rocket strikes that killed six civilians in Israel. On the Palestinian side, 2,251 people, including 1,462 civilians, were killed in the seven-week conflict, according to the UN. Palestinian leaders in Gaza agreed to a ceasefire with Israel on Monday to end a two-day escalation in violence. Israel also lifted restrictions on civilian movements in communities around the Gaza border.