Death of press freedom in France? 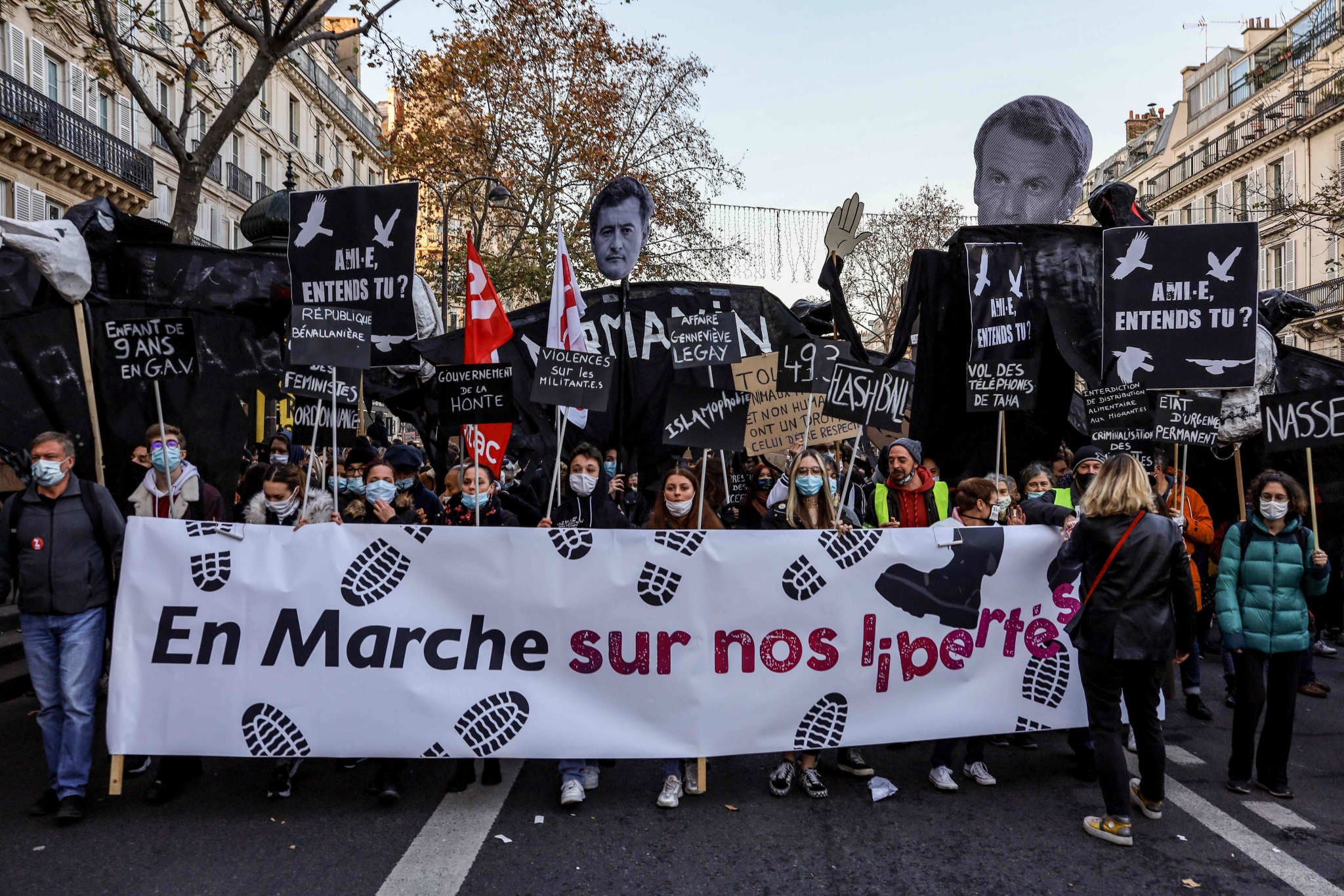 French activists fear that a proposed new security law will deprive them of a potent weapon against abuse - cellphone videos of police activity - threatening their efforts to document possible cases of police brutality, especially in impoverished immigrant neighbourhoods.

French President Emmanuel Macron's government is pushing a new security bill that makes it illegal to publish images of police officers with intent to cause them harm, amid other measures. Critics fear the new law could hurt press freedoms and make it more difficult for all citizens to report on police brutality.

"I was lucky enough to have videos that protect me," said Michel Zecler, a Black music producer who was beaten up recently by several French police officers. Videos first published on Thursday by French website Loopsider have been seen by over 14 million viewers, resulting in widespread outrage over police actions.

Two of the officers are in jail while they are investigated while two others, also under investigation, are out on bail.

The draft bill, still being debated in parliament, has prompted protests across the country called by press freedom advocates and civil rights campaigners.

Tens of thousands of people marched Saturday in Paris to reject the measure, including families and friends of people killed by police.