Dark days of coronavirus in US

Many rural counties in states including California, Arkansas, Missouri, Kansas, Texas and Florida have seen their confirmed cases more than double in a week
Agencies 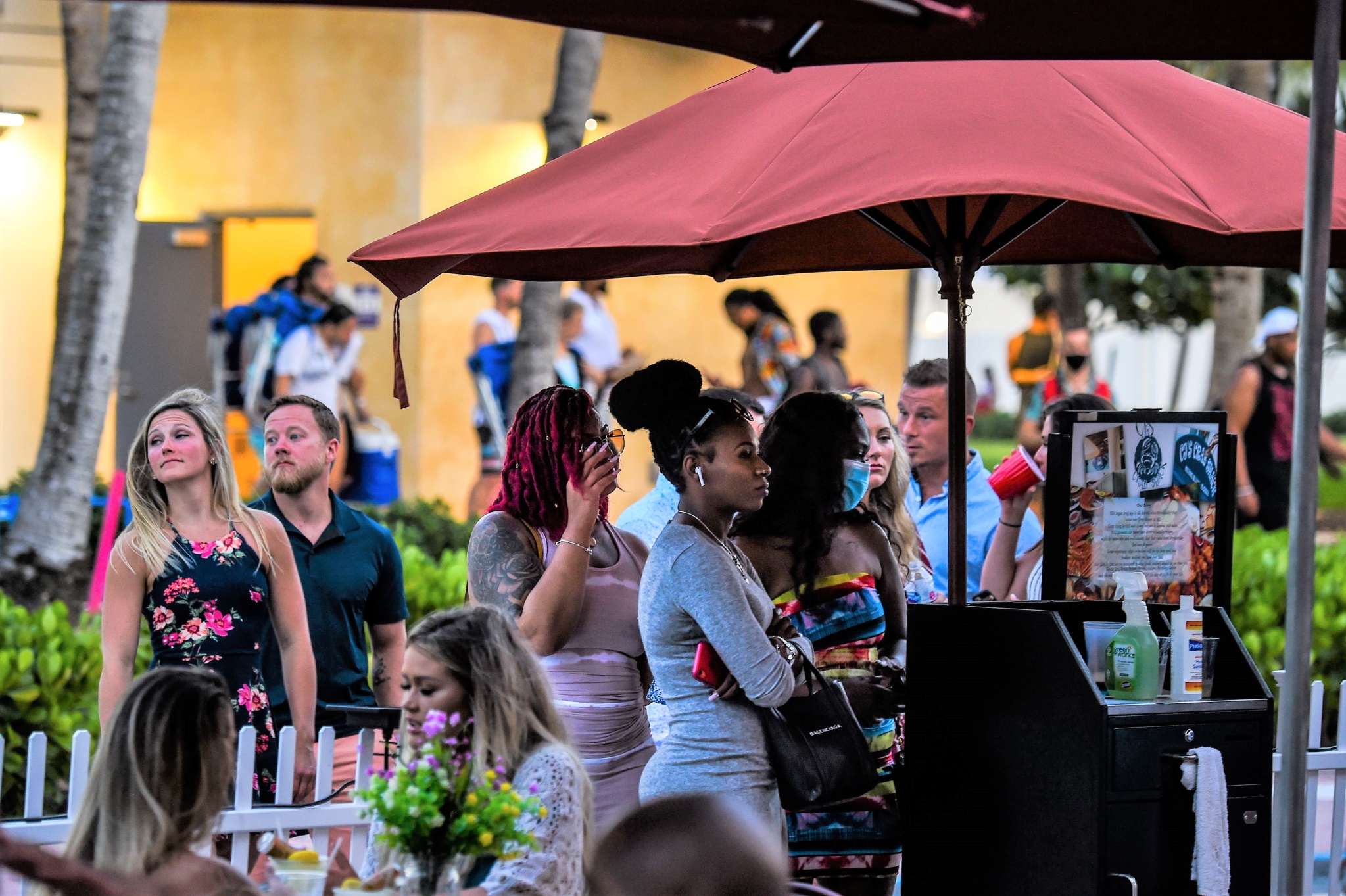 For many states and counties in the U.S., the dark days of the coronavirus pandemic in April unfolded on their television screens, not on their doorsteps. But now, some places that appeared to have avoided the worst are seeing surges of infections, as worries shift from major cities to rural areas.

While much of the focus of concerns that the United States is entering a dangerous new phase has been on big Sunbelt states that are reporting thousands of new cases a day - like Texas and Florida - the worrying trend is also happening in places like Kansas, where livestock outnumber people.

In early June, Kansas looked to be bringing its outbreak under control, but its daily reported case numbers have more than doubled in recent weeks. On June 5, the seven-day average for daily new cases hovered at around 96; by Friday, that figure was 211.

As cases rise, the U.S. Army commander at Fort Riley in the state's northeast ordered his soldiers to stay out of a popular nearby restaurant and bar district after 10 p.m.

Idaho and Oklahoma have seen similarly large percentage increases over the same three-week period, albeit from low starting points. In Oklahoma, the seven-day average for daily new cases climbed from about 81 to 376; Idaho's jumped from around 40 to 160.

Many rural counties in states including California, Arkansas, Missouri, Kansas, Texas and Florida have seen their confirmed cases more than double in a week, from June 19 to Friday, according to data compiled by Johns Hopkins University.

Lassen County, California, went from just nine cases to 172, and Hot Spring County, Arkansas, went from 46 cases to 415; both spikes were attributed to outbreaks at prisons. Cases in McDonald County, Missouri, more than tripled after Tyson Foods conducted facility-wide testing at a chicken plant there.

Missouri itself is seeing a worrying trend, and Kansas City Mayor Quinton Lucas ordered employees and patrons of businesses to wear masks, when 6 feet (about 2 meters) of separation isn't possible.

"Case numbers in Kansas City continue to rise, and we are taking all steps we can to ensure public health and safety," the Democrat said Friday.

Across the state line, Kansas City, Kansas, and the county it's in also decided to order masks be worn in public starting Tuesday.

But many politicians, even those in place with spiking cases, have been hesitant to issue such orders, as subject has become a political lightning rod, with Democrats more likely than Republicans to use them.