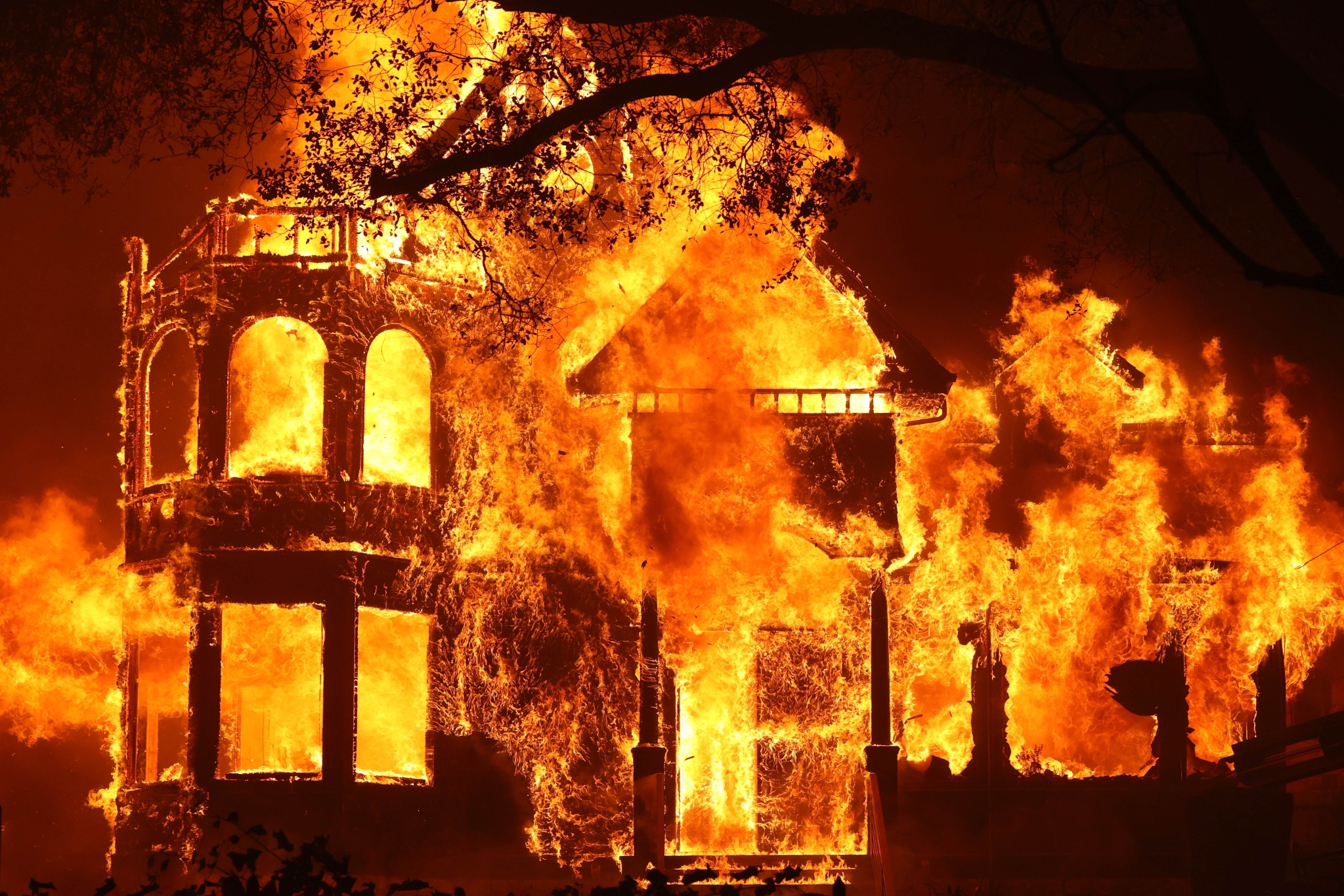 The US National Weather Service (NWS) has issued a red flag warning for nearly all of Northern California as a heatwave combined with gusty, dry winds have heightened the risk of wildfires in the already highly-devastated region.

Meanwhile, the Glass Fire, which erupted earlier in the day in the Napa Valley wine country north of San Francisco, had scorched over 2,500 acres by Sunday evening, the Cal Fire update added.

In its forecast on Sunday, the NWS said both Northern and Southern California would be exposed to "critical risks for fire weather" until Monday.

As a preventive measure, California's biggest utility, PG&E, said it planned to cut off power to some 65,000 customers through Monday morning, mostly in the Northern and Central Sierra but also extending to parts of the San Francisco Bay Area.

Northern California is also the location of the enormous August Complex Fire, which continues to burn about 130 miles north of San Francisco.

The largest wildfire in state history has charred more than 873,000 acres so far since it erupted last month, USA Today reported.

Neither the August Complex nor the Creek Fire, which has incinerated more than 302,000 acres of a forest 60 miles northeast of Fresno, were even 50 per cent contained until now.