Under tough new powers, people who refuse to go into quarantine will face prison or will be slapped with a fine of up to £1,000, reports the Daily Mail.
Agencies 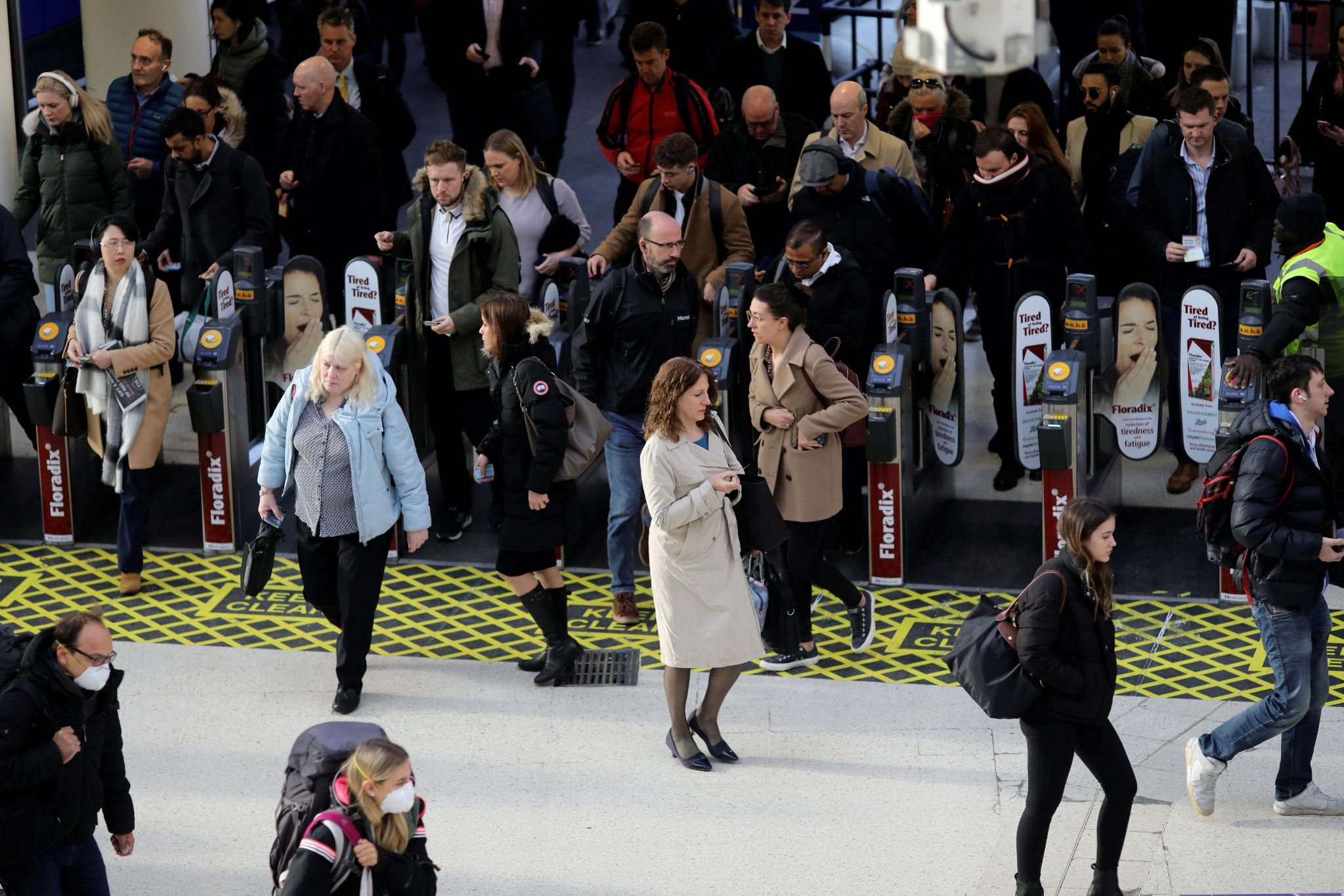 Commuters make their way through Waterloo station at rush hour, as the number of coronavirus cases grows around the world, in London on Monday. | Reuters/ANI

Boris Johnson faced mounting pressure for a dramatic escalation of the government's coronavirus response - as ministers struggled to explain why there has yet to be a ban on big gatherings and a school shutdown.

Under tough new powers, people who refuse to go into quarantine will face prison or will be slapped with a fine of up to £1,000, reports the Daily Mail.

Transport Secretary Grant Shapps defended the UK's limited action of ‘herd immunity’, saying it was 'science led' and accusing other countries of 'populist' measures that 'don't have the right impact'.

But he conceded that Britain will soon need the same tough steps, as it was only a 'little behind' neighbours such as France and Germany in the progress of the disease.

Police are able to use 'reasonable force' to constrain those who could infect others.

Meanwhile, A leaked UK government document has warned that up to 80 per cent of the country's population "are expected" to be infected with coronavirus, while up to 15 per cent or 7.9 million people might require hospitalisation, a media report said.

"As many as 80 per cent of the population are expected to be infected with COVID-19 in the next 12 months, and up to 15 per cent (7.9 million people) may require hospitalisation," the Metro newspaper said in the report on Sunday citing the Public Health England document as saying.

The revelation comes as the number of confirmed coronavirus cases in the UK has jumped by 232 in just one day, while 14 more people have died, taking the total number of infections and fatalities to 1,372 and 35, respectively, as of Sunday.

The document has been drawn up by the emergency preparedness and response team and approved by Susan Hopkins, the lead official working on the epidemic in the UK.