Coronavirus spread by people with no symptoms 'appears to be rare': WHO 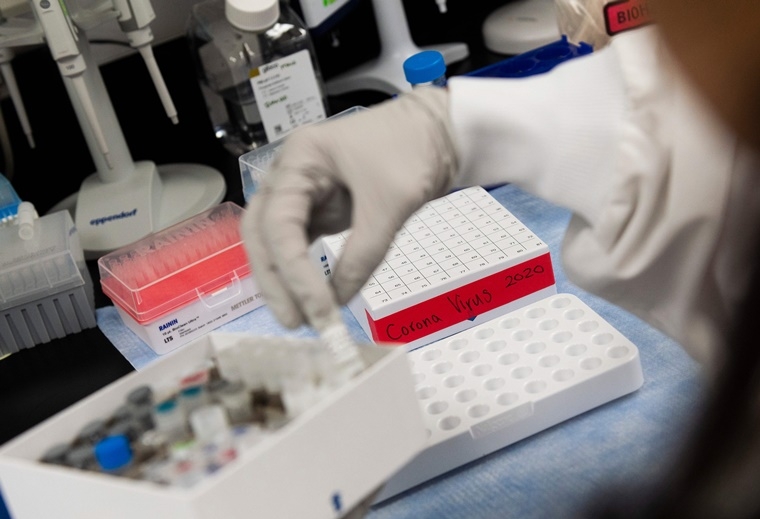 Geneva [Switzerland]: The spread of COVID-19 by those who do not show symptoms of being infected by the contagion appears to be rare, Maria Van Kerkhove, the World Health Organization's technical lead for coronavirus response and head of the emerging diseases, said during a media briefing in Geneva on Monday (local time).

"From the data we have, it still seems to be rare that an asymptomatic person actually transmits onward to a secondary individual," CNN quoted Van Kerkhove as saying on Monday.

"We have a number of reports from countries who are doing very detailed contact tracing. They're following asymptomatic cases, they're following contacts and they're not finding secondary transmission onward. It is very rare -- and much of that is not published in the literature," she said. "We are constantly looking at this data and we're trying to get more information from countries to truly answer this question. It still appears to be rare that an asymptomatic individual actually transmits onward," she added. Brazilian President Bolsonaro threatens to pull Brazil out of WHO

"They're not quote-unquote Covid symptoms, meaning they may not have developed fever yet, they may not have had a significant cough, or they may not have shortness of breath -- but some may have mild disease," she said. "Having said that, we do know that there can be people who are truly asymptomatic." Many people with Covid-19 who may appear to be asymptomatic actually could just have mild or atypical symptoms -- or they could be pre-symptomatic, Dr. Manisha Juthani, an infectious diseases specialist and associate professor of medicine and epidemiology at Yale School of Medicine, said in an email to CNN on Monday.

Pre-symptomatic refers to the early stages of an illness before symptoms have developed, whereas asymptomatic may refer to having no symptoms throughout the course of infection -- a distinction that Van Kerkhove hinted at during Monday's media briefing.

A study in April found that viral shedding -- when people may be able to infect others -- could begin two to three days before symptoms appeared. In addition, the US Centers for Disease Control and Prevention estimates in planning scenarios that 40 per cent of coronavirus transmission is occurring before people feel sick.

"These patients weren't asymptomatic," Juthani said. Rather, they were "spreading disease before becoming symptomatic." Overall, "these findings suggest that if we quarantine and contact trace symptomatic people, we can make a significant dent in the pandemic," Juthani said. The global number of COVID-19 cases has increased to over 7 million, while the deaths have surged to more than 406,000, according to Johns Hopkins University.

As of Tuesday morning, the overall number of cases stood at 7,097,717, while the death toll increased to 406,402, the University's Center for Systems Science and Engineering (CSSE) revealed in its latest update. The US continues with the world's highest number of confirmed cases and deaths at 1,960,642 and 110,990, respectively.