Constitutional crisis looms in US

Trump to dispatch dozens of federal agents to cities
Agencies 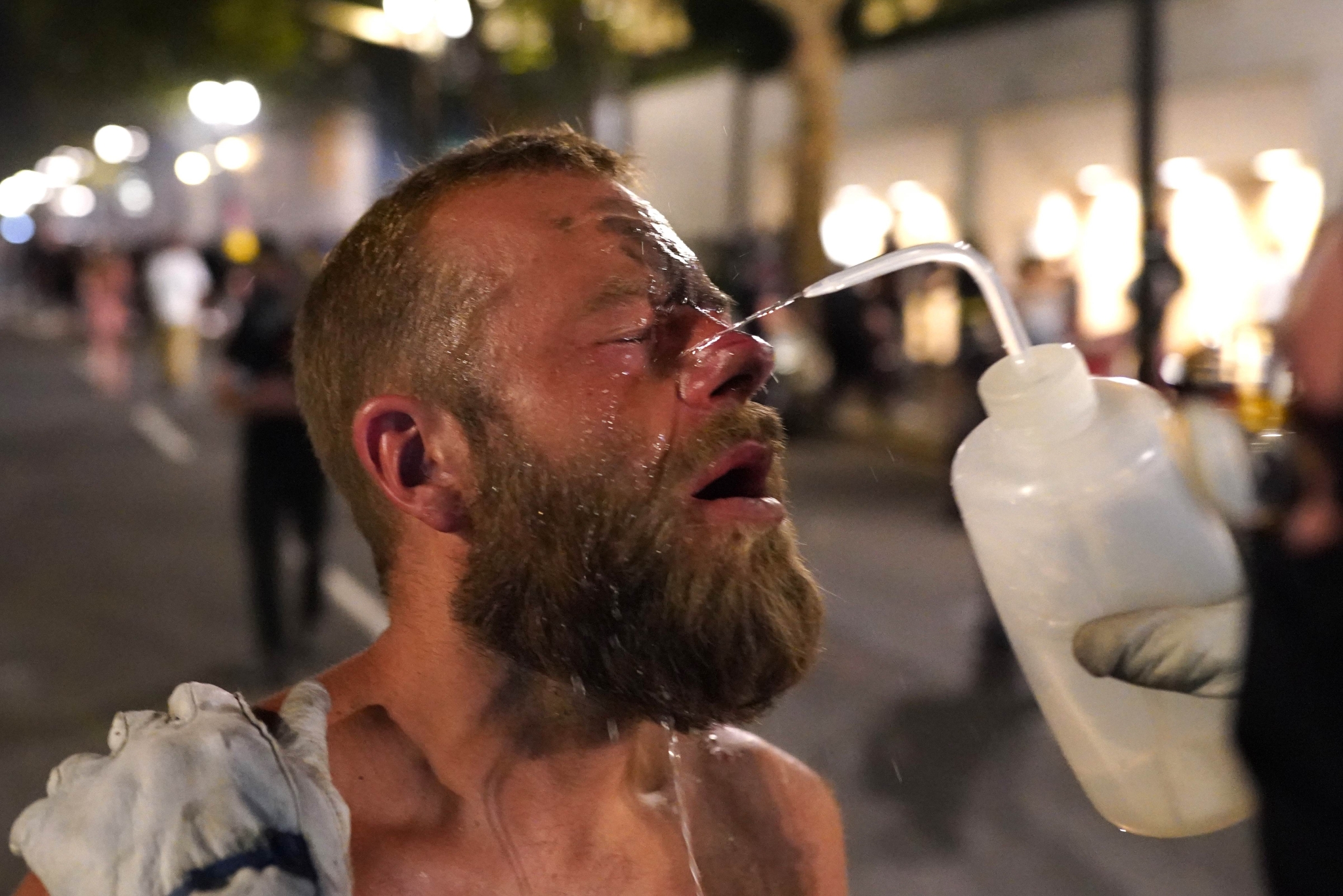 Medics take care of a protester who was tear-gassed by federal officers in Portland. | PIC: AFP

US President Donald Trump announced that his administration is sending a "surge" of federal agents to Chicago as part of a plan to drive down what he called "violent crime."

"Today I am announcing a surge of federal law enforcement into American communities plagued by violent crime," Trump said in remarks from the East Room of the White House on Wednesday, Xinhua news agency reported.

Federal agents will also be deployed to Albuquerque, New Mexico.

The Federal Bureau of Investigation, Drug Enforcement Administration, US Marshals Service and Department of Homeland Security will send hundreds of agents to the city, according to the administration.

Chicago Mayor Lori Lightfoot, a Democrat, has urged the federal government not to send agents into the city.

"In the end, we very much want to partner with an executive branch that respects our city, inclusive of all our resident," Lightfoot wrote in a letter to Trump earlier this week.

"Partnership includes respect that you have not shown our residents as of late in mocking the level of violence that challenges Chicagoans."

Trump has called for "law and order" as demonstrations raged in some cities against police brutality and racism.

His administration has also recently sent Department of Homeland Security personnel to Portland, Oregon in the wake of continued protests there triggered by the death of George Floyd.

State leaders have called for the removal of federal officers from Portland.

Trump painted Democrat-led cities as out of control and lashed out at the "radical left."