The large number of deaths of climbers on the Mount Everest this season is not solely due to the “traffic jam” on the world’s highest peak,
FPJ Bureau 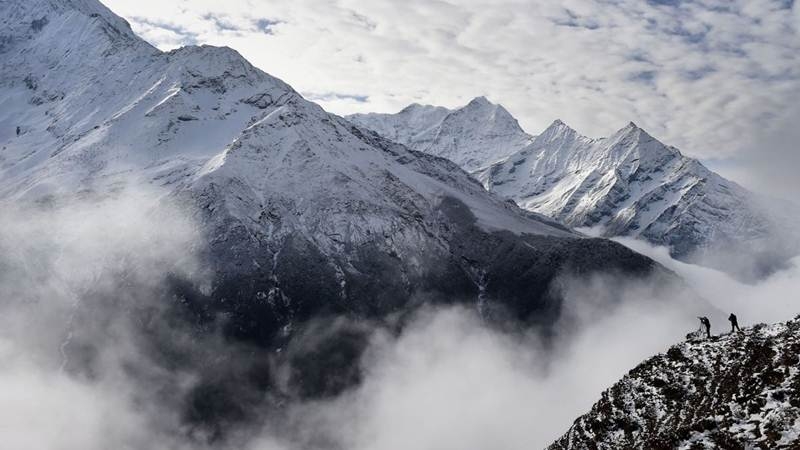 Kathmandu: The large number of deaths of climbers on the Mount Everest this season is not solely due to the “traffic jam” on the world’s highest peak, the Nepal government claimed on Thursday, citing factors like high altitude sickness, other health reasons and adverse weather.

The number of deaths on Mt Everest was put at 11 by the international media, making it the deadliest season since 2015. However, the Nepal tourism ministry maintained the death toll at 8 and one missing. According to tourism officials altogether 16 climbers died and one went missing in the Himalayas this season.

Of the 16 climbers, four Indians died on the Everest and two each died on Mt Kangchenjunga and Mt Makalu, bringing the total death toll of Indian climbers in the Himalayas to eight. Indians have topped among the international climbers attempting to scale the Summit this spring with a total number of 78 of them getting permission.

“Our attention has been drawn to the wrong information about deaths on Mt Everest conveyed by national and international media,” said Dandu Raj Ghimire, Director General of the Dept of Tourism (DoT), adding that “traffic jam” did not cause the deaths. A ‘Traffic jam’ occurs when many climbers vie for the summit at the same time, and can be especially dangerous above 8,000 m known as the ‘death zone’

The DoT’s statement has come at a time when it is facing immense criticism for issuing too many permits to scale the world's tallest peak while disregarding the safety of the climbers, reports The Himalayan Times. According to Ghimire, the post-mortem reports of the deceased climbers have sho­wn they died due to high altitude sickness, weakness or adverse weather conditions.

In the statement, the DoT has stated it had issued 366 expedition permits in 2017 and 346 expedition permits in 2018 — not a huge difference compared to 381 permits issued this year for the highest peak. “Hence, it untrue congestion killed climb­ers on Everest and we urge everyone not to be swayed by false information,” it added. Ghimire also expressed his dissatisfaction at the dissemination of such “wrong” information in the int’l media.