China did not and will not stand aside when the crisis is causing human suffering, slowing the global economy, and upending people's lives.
Xinhua 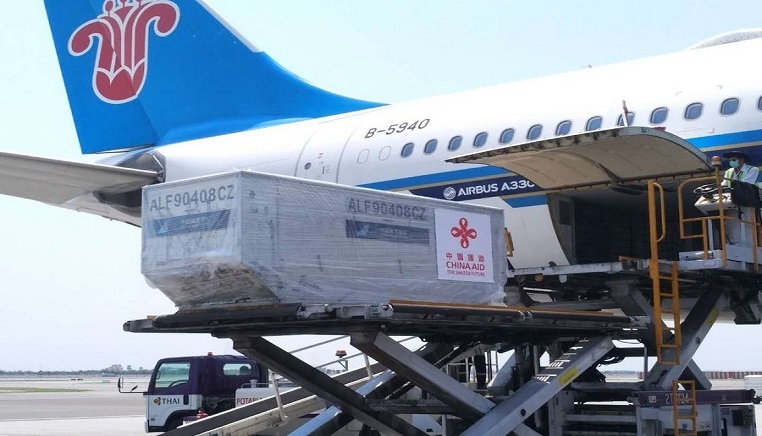 Medical supplies provided by China arrive at Suvarnabhumi Airport in Bangkok, Thailand, March 23, 2020, to assist the country's fight against the novel coronavirus. | Xinhua

BEIJING -- As the shadow of the coronavirus widens in the world, it is high time for all countries to come together in response to the crisis that concerns the shared future of humanity.

In the fight against COVID-19, a global health crisis unlike any in the 75-year history of the United Nations, China believes that solidarity and cooperation are the most powerful weapons.

After the outbreak, China has made all-out efforts in epidemic prevention and control, effectively fending off the "first wave" of the virus and earning time for the world to enhance preparedness. During the fight, the international community provided support and help, which Chinese people will never forget.

At present, China has stepped out of the most arduous stage. But the rest of the world is battling the raging disease. Nearly 300,000 people have been infected worldwide, and almost 13,000 have died, according to the latest WHO update on the outbreak situation.

China did not and will not stand aside when the crisis is causing human suffering, slowing the global economy, and upending people's lives. 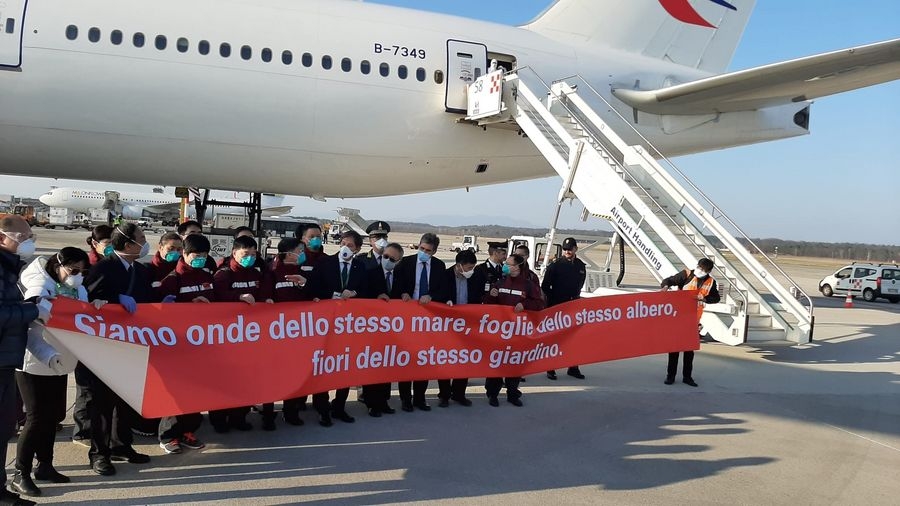 Members of the second batch of the Chinese medical team along with local people hold a banner reading "We are waves of the same sea, leaves of the same tree, flowers of the same garden" and pose for a group photo after they arrived at Milan Malpensa Airport in Milan, Italy, March 18, 2020. | Xinhua

The country has quickly shared its diagnostic and therapeutic experience with the WHO and other countries. The Chinese government has so far announced providing assistance to 82 countries, the WHO and the African Union. Chinese health experts have held video conferences with their counterparts from many countries and international organizations. Local governments, enterprises and civil organizations are also making donations to countries affected.

While giving helping hands to the countries in need, China is also striving to resume production and work. The accelerated development of the "world factory" is boosting world confidence to face up to the risk of economic recession.

China has the world's largest and most comprehensive manufacturing system. In particular, the country's recovery of production will provide support for the global industrial and supply chains of medical supplies to ease the dire shortage in many countries.

The epidemic has once again demonstrated the necessity of building a community with a shared future, a concept formally put forward to the world by Chinese President Xi Jinping during his speech at the Moscow State Institute of International Relations on March 23, 2013. Seven years on, the vision has been guiding China's diplomacy and will continue to be followed.

The pandemic can be contained only when all countries take coordinated and decisive policy actions rather than resorting to protectionism and isolationism.

In the era of economic globalization, COVID-19 will not be the world's last major emergency, and various traditional and non-traditional security issues will continuously bring about new tests.

Working together, the international community will be able to write a new chapter in the history of how we have fearlessly battled to defend humanity and won.