Li dismissed this accusation, saying that his team is open to naturalized players who fit the bill.
Xinhua 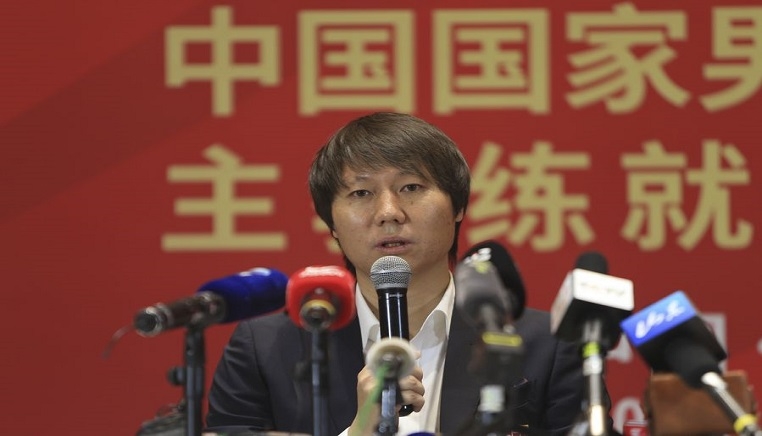 Li, who filled the vacancy left by Marcello Lippi, had been accused by fans of favoring players from his former club Wuhan Zall, after he picked four Wuhan players and just one naturalized player for a national team training camp in March.

Li dismissed this accusation, saying that his team is open to naturalized players who fit the bill.

Ai Kesen, the only naturalized player called up for the training camp in March, was singled out for praise by Chinese Football Association president Chen Xuyuan, who last Sunday visited the team under quarantine in Sanya, Hainan Province.

Chen praised the Brazil-born player for his commitment in training and called on naturalized players to follow his example.

Li revealed that his side had been under huge pressure caused by the increasing spread of COVID-19 while they were holding their training camp in Dubai in March.

"With the epidemic situation in Dubai worsening every day, the other Chinese Super League teams who had been training there returned to China, leaving us anxious, homesick and worried about our own safety," he said.

The team flew back to Sanya, Hainan province on March 23 before being put through an obligatory two-week quarantine. After the quarantine, the national team continued with their training camp before players were dismissed and returned to their respective clubs last week.

According to Li, his side's next two World Cup qualifiers against the Maldives and Guam have been postponed until at least October.