He was also made "core leader" of the party in 2016, a status enjoyed only by Mao Zedong.
PTI 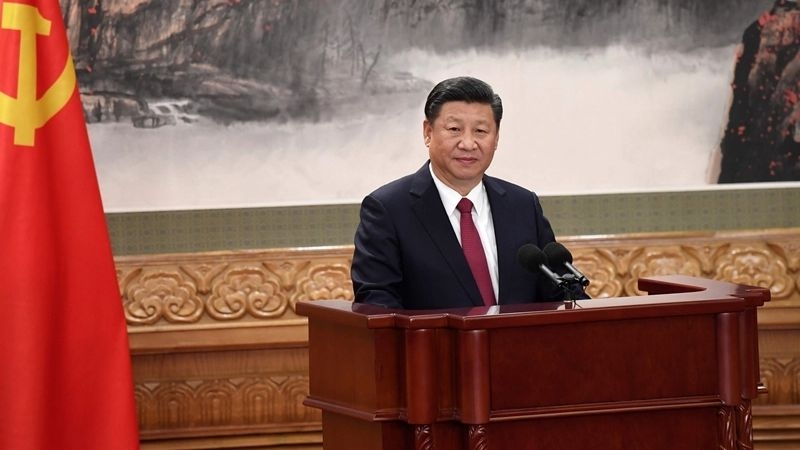 Beijing: A key conclave of the country's ruling party- Communist Party of China (CPC) has passed a "landmark resolution" of the party's major accomplishments in the last 100 years alongwith paving the way for a record third term for President Xi Jinping next year.

The "landmark resolution" - the only third of its kind in the party's 100-year history - was reviewed and adopted at the sixth plenary session of the 19th CPC Central Committee, held in Beijing from November 8 to 11, an official communique released at the end of the meeting on Thursday said.

The party is due to hold a press conference on Friday to announce further details.

Xi made an important speech at the session. The meeting also heard and discussed a work report Xi delivered on behalf of the Political Bureau of the CPC Central Committee, it said.

He also explained the draft of the resolution whose details have not yet been revealed.

The session also reviewed and passed a resolution on convening the 20th National Congress of the CPC in the second half of 2022 in Beijing, which was expected to formally endorse Xi's unprecedented third term.

Xi, 68, who holds China's all three power centres - General-Secretary of the CPC, Chairman of the powerful Central Military Commission (CMC) which is the overall high command of the military, and the Presidency, is set to complete his second five-year tenure next year.

Politically, the meeting is regarded as significant for Xi who - in the last nine years of his tenure - has emerged as the most powerful leader after party founder Mao Zedong.

He is widely expected to continue for a third term unlike his predecessor, Hu Jintao, who retired after two terms, and perhaps may remain in power for life in view of a key constitutional amendment in 2018 which removed the two-term limit for the President.

He was also made "core leader" of the party in 2016, a status enjoyed only by Mao. FPJ Legal: China has ramped up infrastructure and built airstrips, Centre to Supreme Court on...