China urges U.S. to respond to concerns of its people, world on epidemic

"Many in the United States have been questioning and worrying whether the U.S. government has responded timely and effectively to the outbreak," Geng said at a press briefing.
Xinhua 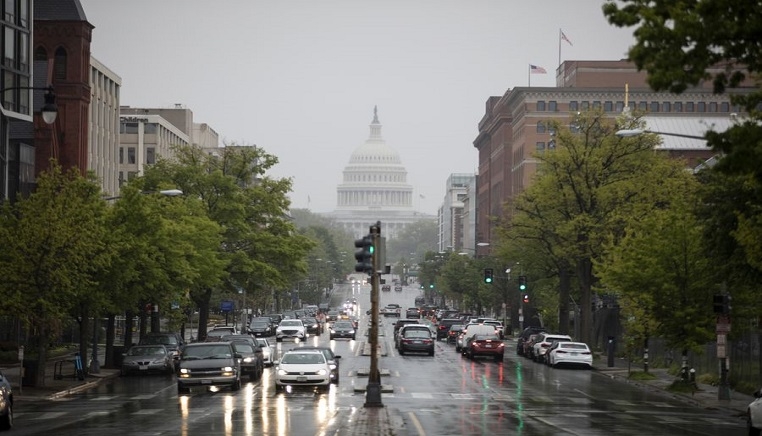 A street near the U.S. Capitol building is seen during rush hours in Washington D.C. April 23, 2020. | Photo by Ting Shen/Xinhua

BEIJING-- China on Monday called on the United States to respond to in a timely manner the concerns of its people and the international community on fighting COVID-19.

Foreign Ministry spokesperson Geng Shuang made the remarks when asked to comment on the fact that more people in the United States were casting doubts on the U.S. government's response to the pandemic.

"Many in the United States have been questioning and worrying whether the U.S. government has responded timely and effectively to the outbreak," Geng said at a press briefing.

"They wanted to get the facts straight: when did the first case occur in the United States? Is the U.S. government hiding something? Why is it so desperately seeking to pin the blame on other countries and international organizations?"

On April 4, the Washington Post published an article that gave a panoramic view of how and why the U.S. government handled the epidemic poorly at the early stage. On April 13 and 19 at the White House press briefings, CBS and CNN journalists questioned the delay in the U.S. government's response to COVID-19 when it already knew the potential risks of the global spread.

On April 14, The Atlantic said in an article that the main reason for the huge outbreak of cases in the U.S. was a lack of forceful government measures. On April 21, the Los Angeles Times reported that according to the autopsy results released by Santa Clara County health officials, the first death case from the novel coronavirus was actually on Feb. 6, almost one month early than the first known death declared by the U.S. Centers for Disease Control and Prevention. Santa Clara officials also said that people in California might have been infected as early as last December.

"We hope the U.S. government can timely respond to the concerns of its own people and the international community. The World Health Organization may also be invited to help review this process," Geng said.

Noting that infectious diseases are the common enemy of all mankind, he said both the Chinese and U.S. people were victims, and only through solidarity and cooperation can the international community win the war against the virus.

"We hope the United States will adopt an open, transparent and responsible attitude, take effective measures to safeguard the life and health of its people, and work with the international community to safeguard global public health security," Geng said.