HomeWorldChina expresses outrage as another US official visits Taiwan amid tensions

China expresses outrage as another US official visits Taiwan amid tensions

This is the second such visit by the US delegation after the short trip of US House Speaker Nancy Pelosi that angered China and set off military tensions in the Taiwan Strait.

Indiana Governor Eric Holcomb landed in Taiwan on Sunday to hold talks with the leadership | Photo: Twitter Image
Follow us on

China has expressed its outrage after Indiana Governor Eric Holcomb landed in Taiwan on Sunday to hold talks with the leadership of the self-ruled island amid increasing tensions in the Taiwan Strait.

This is the second such visit by the US delegation after the short trip of US House Speaker Nancy Pelosi that angered China and set off military tensions in the Taiwan Strait.

"I landed in Taipei to kick off an economic development trip in Taiwan & South Korea. Indiana's home to 10 Taiwanese and 12 South Korean businesses. This week marks my 2nd trip to South Korea as Governor & I'm proud to be the first governor to visit Taiwan since before the pandemic," Holcomb tweeted.

"Our delegation will spend this week meeting with government officials, business leaders and academic institutions to further strengthen Indiana's economic, academic and cultural connections with Taiwan and South Korea," he said in another tweet.

Chinese state media outlet said this visit "shows a toxic trend of US politicians using Taiwan as a pawn after Pelosi's provocative visit to this island earlier this month." According to Global Times, China will keep its own pace on solving the Taiwan question, to perfect the already normalized operations across the Taiwan Straits to prepare to launch operations at any possible time.

"Holcomb's visit is apparently a toxic sequel following the visit made by Pelosi, who encouraged US politicians to believe that since her visit has intensified the tensions across the Taiwan Straits, others can exploit such tensions to achieve their personal political gains and show their presence," Lu Xiang, a research fellow at the Chinese Academy of Social Sciences, told the Global Times on Sunday.

Lu said that there is a history of US governors visiting the island, yet the current visit seems more likely to exploit the current tensions and use Taiwan as a pawn.

The Chinese expert further added that after Pelosi's "provocative" visit, China has been upping the ante of strengthening its posture, "when the US move crosses the redline, we can take whatever measures that are necessary, that's what matters now." China says Taiwan is the most important issue that dedicates its diplomatic ties with Washington.

Taiwan's government says that as Beijing has never ruled the island and has no right to decide who it engages.

China's military drills are continuing around Taiwan, which some analysts say is a simulation of a full-scale scale attack on the island of 22 million people. 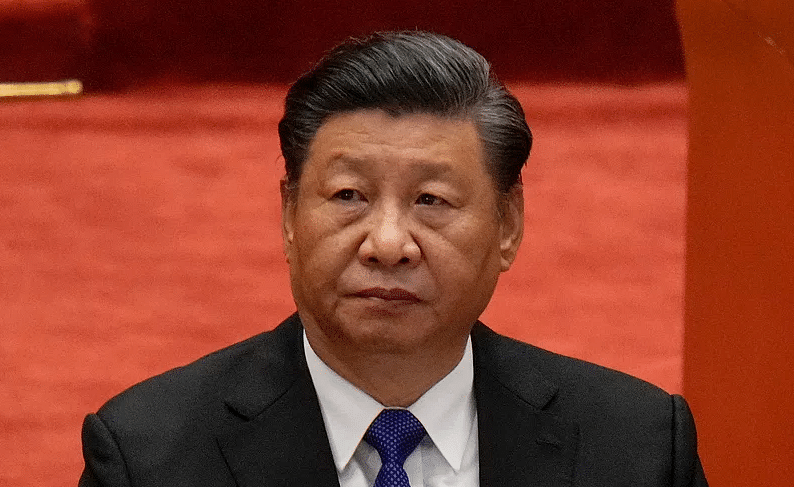