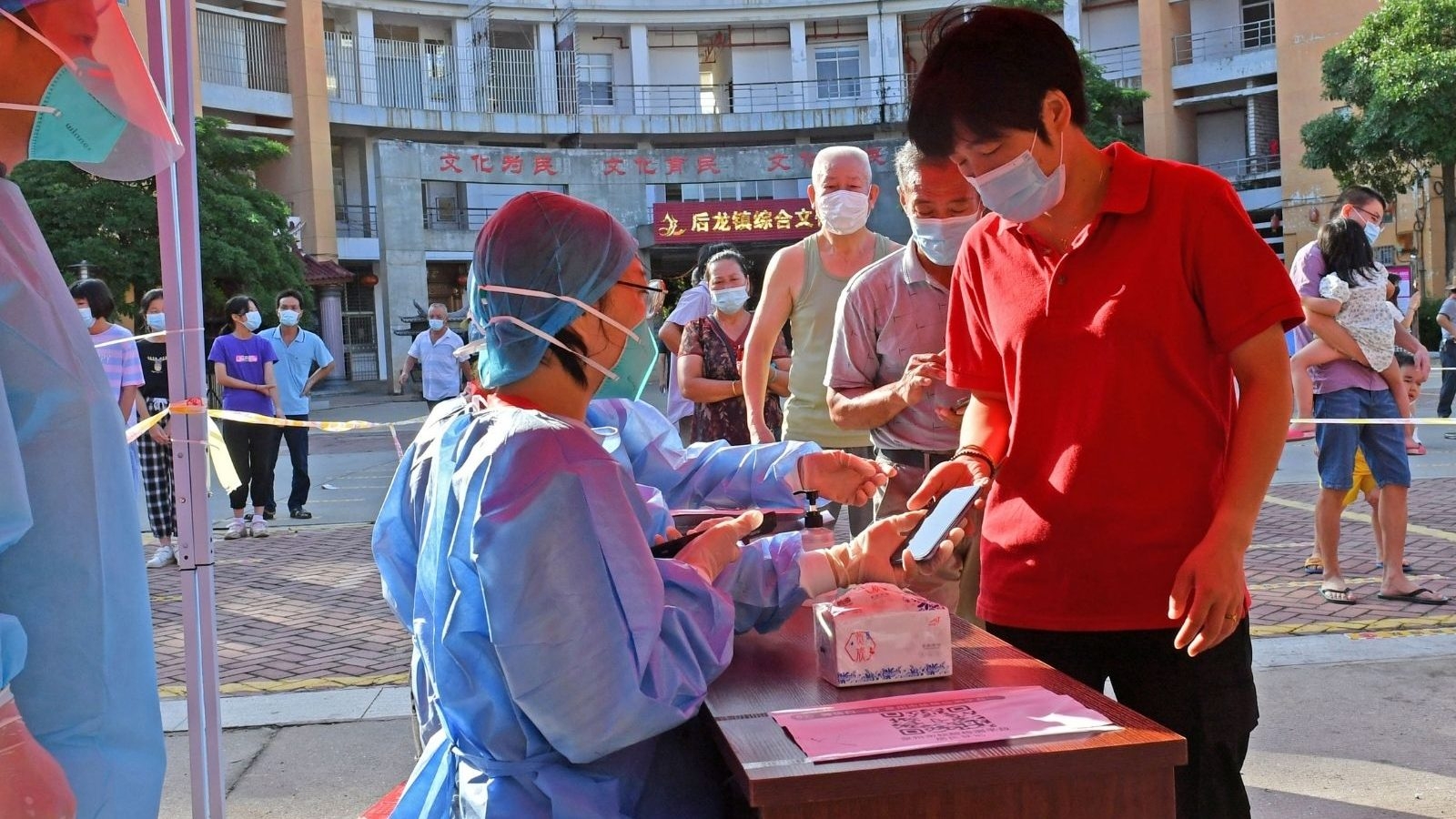 China on Monday defended its visa curbs which have prevented thousands of stranded Indians from returning to Beijing, saying they are "appropriate" to control the spread of COVID-19 and do not target India alone, but are applied to even Chinese citizens coming back from overseas.

Responding to questions on Indian ambassador to Beijing Vikram Misri's criticism of China's prolonged stringent travel restrictions, Chinese Foreign Ministry spokesperson Hua Chunying also ruled out the easing of the curbs in the near future.

Misri, in his address to the Track-II Dialogue on China-India Relations last week, expressed "disappointment" over China's reluctance to permit the return of thousands of stranded Indian students, employees and their families due to the COVID-19 pandemic.

He described China's restrictions as an "unscientific approach" to a purely humanitarian issue.

Asked for her reaction, Hua told a media briefing here that the measures were taken for the safety and wellbeing of the people.

"China's measures are appropriate and also I would like to say that China applies quarantine measures to all inbound travellers. China is willing to have good arrangements on the bilateral travel of personnel," she said.

According to reports, a large number of Chinese nationals stranded in India were not able to return due to stringent travel restrictions and suspension of flights.

"China has to make a lot of quarantine measures but they are not targeting India alone. It is applied equally to everyone including Chinese citizens coming back to China," Hua said.

Besides over 23,000 Indian students studying in Chinese colleges, mostly medicine, hundreds of businessmen, employees, and their families have been stuck in India since last year.

The curbs also resulted in several people either losing jobs, businesses, or separation of families.

"While ensuring safety we are ready to work with countries including India by making proper arrangements. But I don't mean to say that we will immediately solve the issue," Hua said when asked whether China will discuss the resumption of travel with India.

"Our measures are appropriate and we will make the necessary adjustments in accordance with the evolving situation," she said.

Hua also said China is adopting the COVID-19 protocols in a scientific manner.

"Since the onset of COVID-19, China has been adopting quarantine measures in a scientific manner based on law," she said.

"The pandemic is still spreading globally. So, the Chinese government has taken a lot of measures and we are also adjusting the measures in accordance with the evolving situation to protect the safety and health of the relevant personnel," she said.

In his address ambassador Misri had said, "Far less complex issues, which have a purely humanitarian context and are not connected to bilateral diplomatic stances, such as facilitating the movement of students, businesspersons and stranded family members from India to China for over a year and a half now, await a more balanced and sensitive approach." "I might add here that India has also attempted to keep our trade and commercial relationship insulated from current differences, for instance by continuing to issue visas to Chinese businesspersons to visit India," he said.

However, we are disappointed to see an unscientific approach with regard to several problems currently being faced by Indian students, businessmen, marine crew and exporters, to name a few," the ambassador said.

Meanwhile, according to the Indian embassy in Beijing, several students on Monday demonstrated in front of the Chinese embassy in New Delhi protesting against the visa curbs which effectively prevented them from returning to re-join their studies in the country.