Burqas pulled out of dusty storerooms, cupboards by Afghan women

For decades, the traditional Afghan burqa, mostly sold in shades of blue, was synonymous with Afghan women's identity around the world
IANS 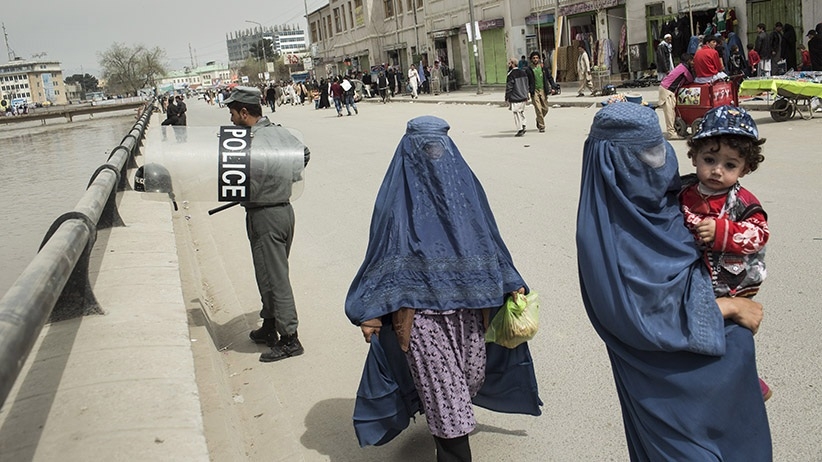 Kabul: The seemingly unstoppable advance of the Taliban has once again seen the burqa being pulled out of dusty storerooms and cupboards by women in Afghanistan who remember life under the militants rule.

After the fall of the Taliban in 2001, even though many continued to choose to wear the burqa in adherence to religious and traditional beliefs, its rejection by millions of others across the country became a symbol of a new dawn for the Afghan women, who were able to dictate what they wore for themselves again, Zainab Pirzad and Atefa Alizada from Rukhshana Media wrote for the Guardian.

Today, there are burqas in the streets of downtown Kabul but women are also dressed in an array of different styles, many mixing traditional materials with colourful modern patterns and fashion inspiration from across the region.

"Afghan women are some of the most naturally stylish women in the world," says Fatimah, an artist and fashion photographer.

"When you go on to the streets of Kabul today you see this amazing mix of different fabrics and nods to centuries-old traditions mixed with very modern styles and inspirations. It's this beautiful, creative spirit that was just full of hope for the future."

For decades, the traditional Afghan burqa, mostly sold in shades of blue, was synonymous with Afghan women's identity around the world.

Usually made of heavy cloth, it is specifically designed to cover the wearer from head to toe. A netted fabric is placed near the eyes so that the woman inside can peer out through the meshing but nobody can see inside.

It was enforced strictly during the Taliban regime in the late 1990s, and failure to wear one while in public could earn women severe punishments and public lashings from the Taliban's "moral police".

As city after city falls to the Taliban, women fear that the freedoms won since 2001 will be crushed, the report said.

Last week in Herat, as Taliban forces massed around the city, older women such as 60-year-old Fawzia were out stockpiling for the younger women in her family.

"All of us older women have been talking about how hard it was as a woman in the old days," she said.

"I used to live in Kabul then and I remember how they beat the women and girls who left their homes without their burqas."

Days later, these women are already under Taliban control after Herat city fell to militant forces on August 13. Shortly after the city fell, a Taliban declaration was circulated online and among Herat citizens informing women that wearing the burqa was now mandatory in all public spaces.

In Kabul, a sense of grief and panic has overwhelmed women in the Afghan capital. With two-thirds of the population under the age of 30, most women here have never lived under Taliban control.

In some households, the burqa has sparked divisive inter-generational conflicts. The parents of 26-year-old Habiba are begging her and her sisters to get a burqa before the Taliban enter the city, but she is resisting.

"My mother says we should buy a burqa. My parents are afraid of the Taliban. My mother thinks that one of the ways she can protect her daughters is to make them wear the burqa," she says.

"But we have no burqa in our home, and I have no intention of getting one. I don't want to hide behind a curtain-like cloth. If I wear the burqa, it means that I have accepted the Taliban's government. I have given them the right to control me. Wearing a chador is the beginning of my sentence as a prisoner in my house. I'm afraid of losing the accomplishments I fought for so hard."

Habiba says that she, like many women in Kabul, is sick with worry over what is coming.

"I stay up late at night, sometimes till one or two in the morning, worrying about what will happen. I am afraid that because I am rejecting the burqa, soon I will have to stay at home and I will lose my independence and freedom.

"But if I accept the burqa, it will exercise power over me. I am not ready to let that happen."

In a market in Kabul, Aref is doing a booming trade. At first glance, the walls of his shop seem to be curtained in folds of blue fabric. On closer inspection, dozens and dozens of blue burqas hang like spectres from hooks on the wall.

As the Taliban close in on Kabul, women inside the city are getting ready for what may be coming. "Before, most of our customers were from the provinces," says Aref. "Now it is city women who are buying them."

The report said one of these women is Aaila, who is haggling with another shopkeeper over rapidly inflating burqa prices.

As the fear among women in Kabul has grown, the prices have risen.