The decree incorporating the ban was signed by President Jair Bolsonaro, who has faced intense criticism at home and abroad for failing to protect the rainforest.
Agencies 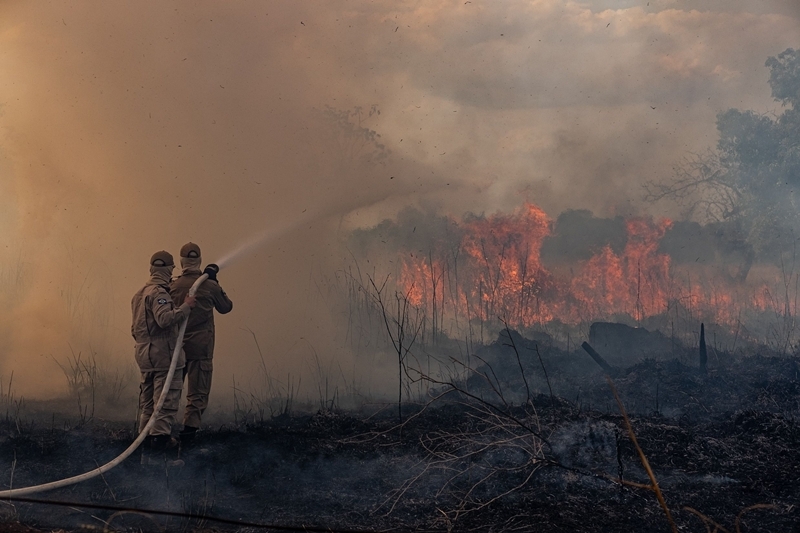 Brasilia: Brazil on Thursday banned setting fires to clear land for 60 days in response to a massive increase in the number of fires in the Amazon rainforest.

The decree incorporating the ban was signed by President Jair Bolsonaro, who has faced intense criticism at home and abroad for failing to protect the rainforest.

It remains unclear what impact the ban will have as according to environmentalists, the overwhelming majority of forest clearance in the Brazilian Amazon is already illegal and enforcement is lax, the BBC reported.

The Forestry Code only permits fires in specific cases and when authorized by an environmental entity. In the case of indigenous peoples, the practice is allowed in subsistence farming.

This comes as a leading Brazilian environmentalist warned on Wednesday that the "worst of the fire is yet to come".

About 80,000 blazes have been detected in Brazil this year more than half in the Amazon region although on Saturday, Bolsonaro claimed the situation was "returning to normal".

"The worst of the fire is still to come," Tasso Azevedo, a forest engineer and environmentalist who coordinates the deforestation monitoring group MapBiomas, wrote in an article for Brazil's O Globo newspaper.

Azevedo said many of the areas currently being consumed by flames were stretches of Amazon rainforest that had been torn down in the months of April, May and June.

But areas deforested in July and August when government monitoring systems detected a major surge in destruction were yet to be torched.

Azevedo called for a ban on the use of fire in the Amazon region until the end of the dry season in November.

He also called for urgent action to end deforestation, which he said was largely illegal and linked to criminal groups involved in timber theft, gold mining and land grabbing.

The Brazilian Amazon lost 1,114.8 sq km - an area equivalent to Hong Kong - in the first 26 days of August, according to preliminary data from the government's satellite monitoring agency.

An area half the size of Philadelphia was reportedly lost in July, reports say. South American countries will meet next week to discuss the crisis.

Bolsonaro has accepted Chile's offer of four planes to fight the fires, but he has refused a G7 offer of $22 million following a spat with French President Emmanuel Macron.

The government says it has deployed 44,000 soldiers to seven states to combat the fires. That came after Bolsonaro last week said the authorities did not have the resources to fight the blazes