Prime Minister Boris Johnson has married his fiancee Carrie Symonds in a secretly-planned wedding at Westminster Cathedral, becoming the first British premier to get married while in office in nearly 200 years.

The couple tied the knot at the Roman Catholic Westminster Cathedral with a small group of their friends and family present for the ceremony, the Downing Street confirmed on Sunday, hours after the British media reported the news of the private wedding.

"The Prime Minister and Ms. Symonds were married yesterday afternoon in a small ceremony at Westminster Cathedral," a Downing Street spokesman said.

The spokesman added that the couple would celebrate again with family and friends next summer, with their honeymoon also delayed until then.

The prime minister has already returned to work, the BBC reported.

The wedding was officiated by Father Daniel Humphreys, who had given the couple pre-marriage instructions, and oversaw the baptism of their son Wilfred, who was born in April 2020.

This is the first marriage for 33-year-old Carrie Johnson, while it is the 56-year-old prime minister's third.

In February 2020, the couple revealed that they were engaged and that she was pregnant.

The last prime minister to get married while in office was Robert Banks Jenkinson in 1822.

Johnson was previously married to the artist and journalist Allegra Mostyn-Owen between 1987 and 1993, and the Indian-origin barrister and journalist Marina Wheeler.

Johnson and Wheeler announced in 2018 that they were divorcing after 25 years of marriage. The divorce was finalised in 2020.

Downing Street did not reveal any details of who was invited and whether any of Johnson's Cabinet colleagues were among the guests, BBC reported.

Just one photograph has been released, showing the couple in the garden at 10 Downing Street after the wedding.

Symonds used to work in the Conservative Party press office, which she joined in 2010, and two years later she worked on Johnson's successful campaign to be re-elected as mayor in London.

She became the party's head of communications before leaving in 2018 to work in public relations for marine conservation organisation Oceana. 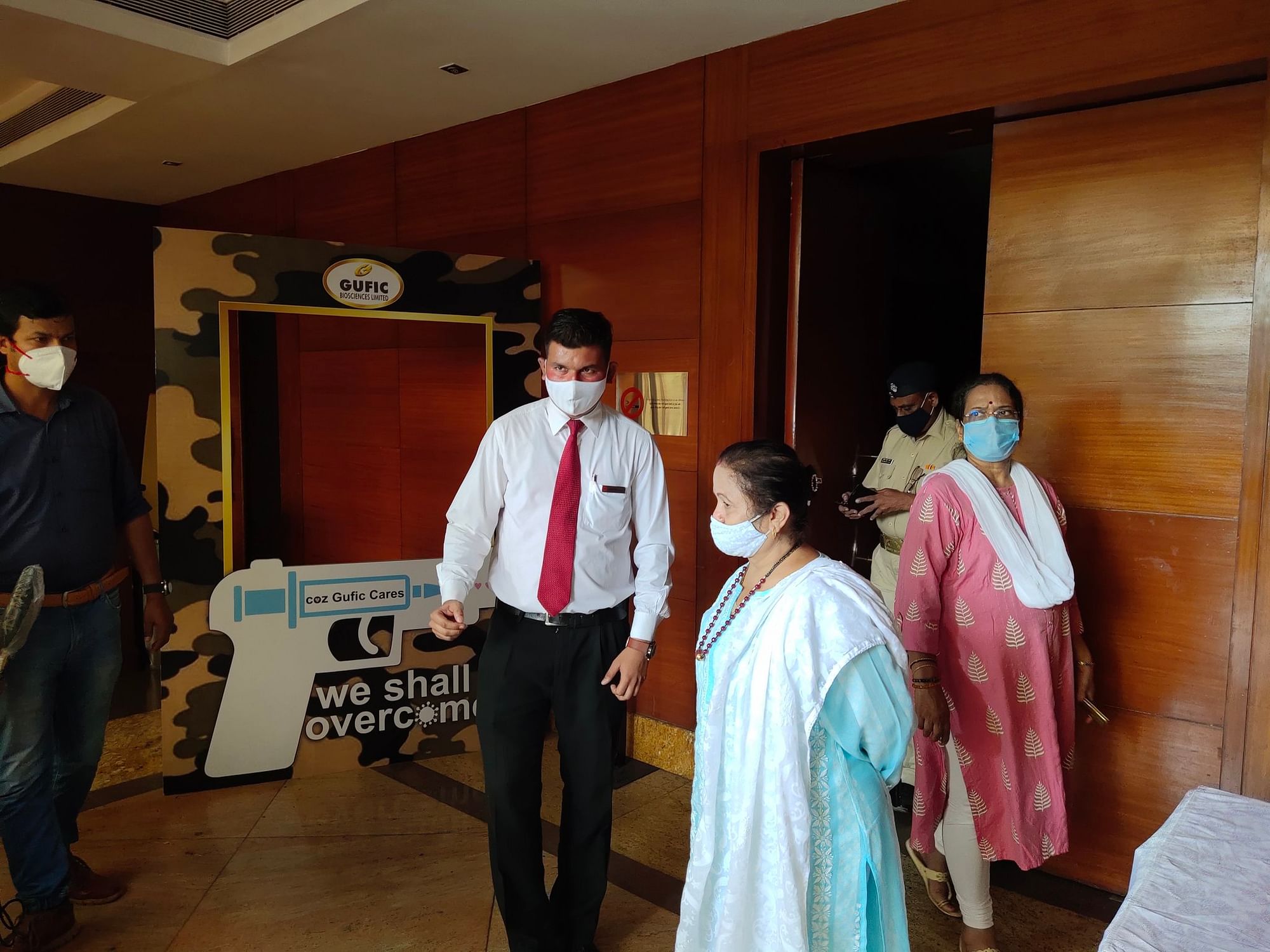