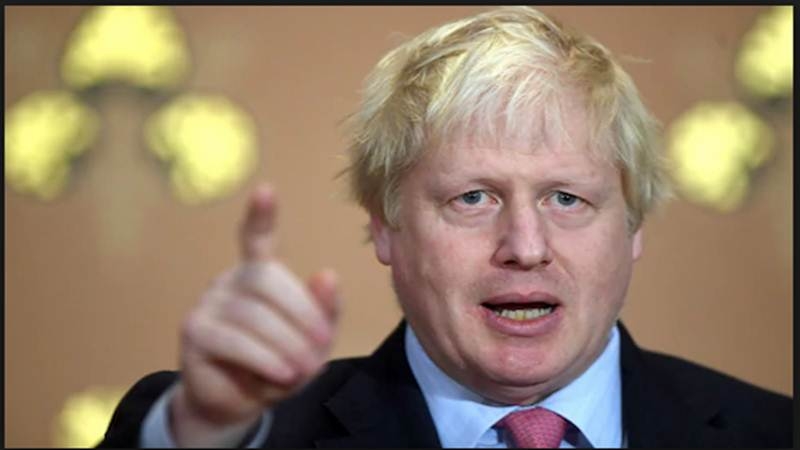 London: British Prime Minister Boris Johnson is preparing to push for a general election if the European Union (EU) offers a three-month extension to the October 31 Brexit deadline, after MPs rejected his fast-track timetable for the passage of the EU Withdrawal Bill in the UK Parliament.

Following a dramatic night in the House of Commons on Tuesday, Johnson won support for his Brexit Bill 322 versus 299 as Opposition Labour MPs rebelled to back it but lost the crucial linked motion that was intended to speed up the bill's passage in time to meet the month-end deadline.

"I must express my disappointment that the House has voted for delay rather than a timetable that would have guaranteed the UK could leave on 31 October with a deal. We now face further uncertainty," Johnson told the Commons at the end of the two votes as he "paused" the Bill in its tracks.

It then shifted focus to the EU, which has been deliberating with the remaining 27 member countries of the economic bloc on whether to offer Britain yet another deadline extension. "Until the EU have reached a decision we will pause this legislation," Johnson declared.

Downing Street indicated on Wednesday that the Prime Minister's focus would now be on a general election, something Johnson himself had spoken of during a parliamentary debate on his Brexit Bill earlier on Tuesday.

"I will in no way allow months more of this. If Parliament refuses to allow Brexit to happen and instead...decides to delay everything until January, or possibly longer, in no circumstances then [can] the government continue with this," he said, adding that he was preparing for a "get Brexit done" message for such an election. The Labour Party has signalled it could back a snap election if European leaders agree to delay Brexit until January 31, 2020.

Diplomats from the 27 EU member states are meeting in Brussels to discuss an extension, which could be granted by the end of the week. All messages coming out of the EU are one in favour of such an extended timeline, with European Council President Donald Tusk saying his recommendation to the members was in favour of it.

Johnson was forced by law to send a letter to the EU requesting a three-month extension, but he continued to insist the UK will still leave at the end of October. While he now want a general election, it won't be a simple road to it. He would need the backing of Parliament, and Opposition MPs have previously declined to agree to one until the possibility of a no-deal Brexit on October 31 was ruled out altogether.

Johnson would, however, be buoyed by the fact that MPs voted to back the first stage of his Brexit bill, which means it could theoretically go on to become law after the various parliamentary stages. This marks the first time the UK Parliament has expressed approval for any kind of EU withdrawal agreement, having rejected former Prime Minister Theresa May's deal thrice.

MPs had been due to debate it further on Wednesday and Thursday, but after voting against that fast-track timetable and the government pausing the Bill, they will instead discuss the contents of the Queen's Speech, which sets out the government's plans for the next session of Parliament.