Four people, including a baby and a teenager, were found dead in frigid weather near the U.S.-Canada border and a Florida man is facing federal human smuggling charges as authorities in both countries describe a suspected failed border crossing attempt.

On Wednesday morning, the Royal Canadian Mounted Police (RCMP) in the province of Manitoba received “concerning information” from their counterparts that the US Customs and Border Protection (USBP) had apprehended a group of individuals who had crossed into the US from Canada, near the town of Emerson in Manitoba.

The group is believed to have succumbed to the intense cold and punishing winds as they attempted to cross the border in an area where temperatures had recently dipped to -35C (-31F).

The 47-year-old Florida native, Steve Shand, was found driving a van with two undocumented Indian nationals inside less than one mile south of the Canadian border, the Department said, near where the group of migrants was arrested.

Canadian police say they were alerted by American officials after a separate group were intercepted south of the border. The group of Indian nationals had supplies meant for a small child – but no infant was seen with them.

After a difficult search in nearly impassible terrain, she said officers found three bodies together — a man, a woman and a baby — just 10 meters from the border near Emerson, Man. The search continued and a teen boy was found a short distance away. It is believed they died from exposure.

The four dead persons include the infant, a male teenager, an adult male and an adult female. They have yet to be identified. 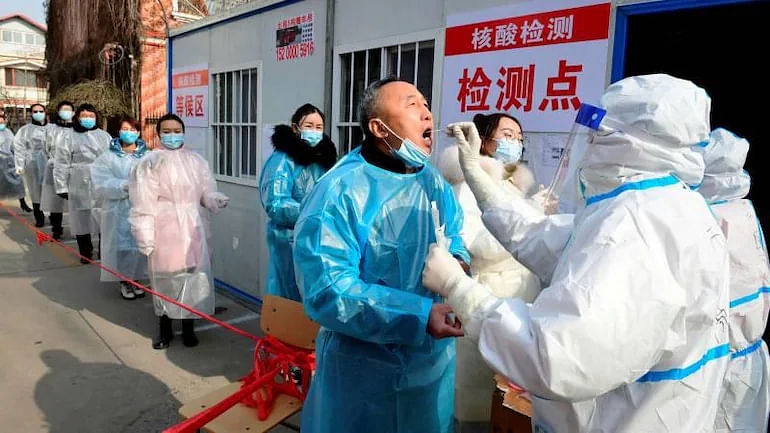