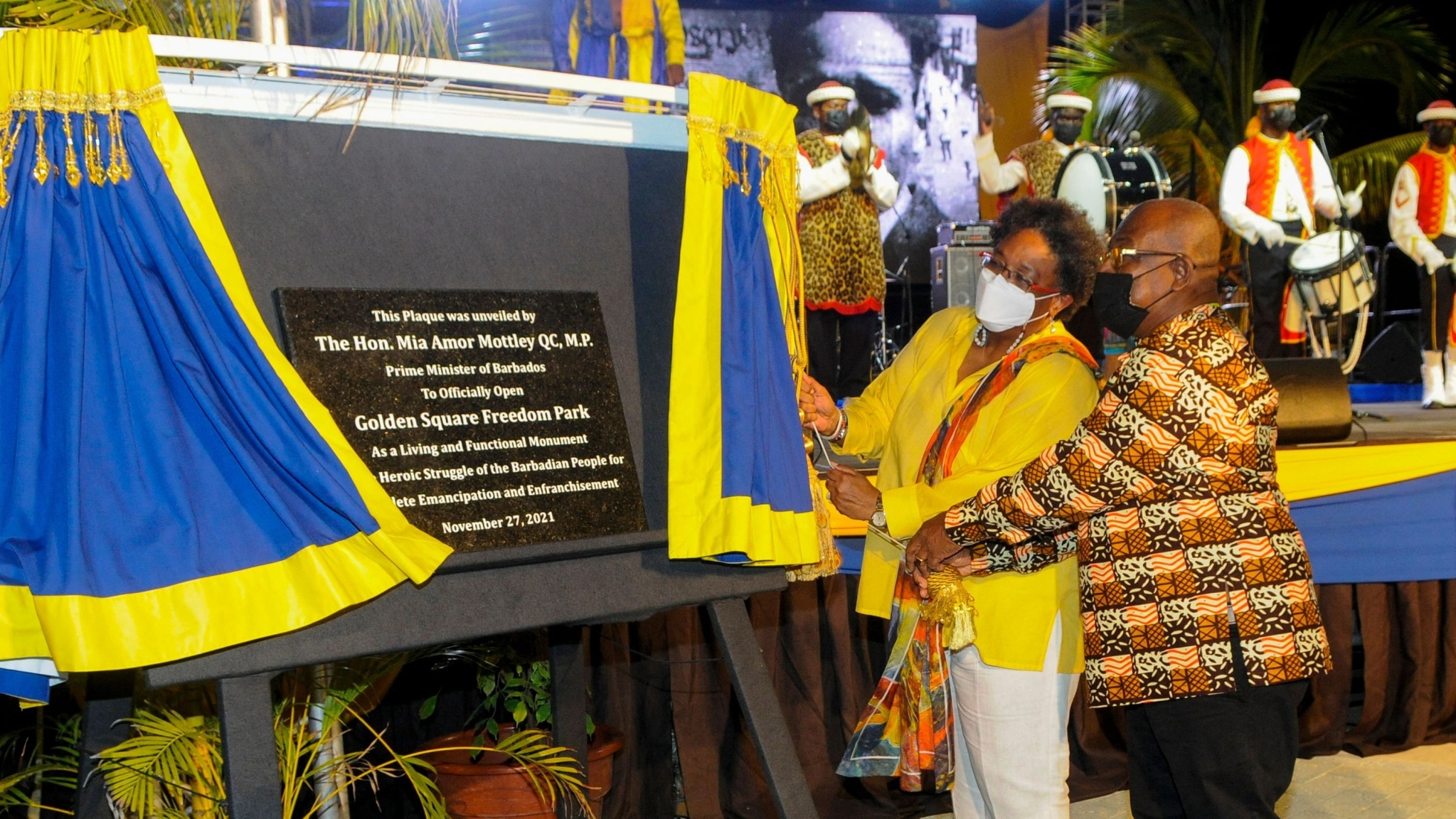 Bridgetown, Barbados: Barbados is set to cut ties with the British monarchy and form a republic on Monday. However, the legacy of a sometimes horrifying colonial history and the pandemic's effect on tourism stand as major challenges for the Caribbean island basks into a new dawn, reports NDTV.

Famous for its beaches and love of sports, Barbados will this week replace its head of state, Queen Elizabeth II, with her current representative, Governor General Sandra Mason.

The historic occasion will be marked by ceremonies on Monday evening into Tuesday, featuring military parades and celebrations, as Mason will officially take charge as president, with Prince Charles -- successor to the British throne -- looking on.

In a speech to be delivered during the transition ceremony, Charles is due to focus on continued relations between the two countries.

"As your constitutional status changes, it was important to me that I should join you to reaffirm those things which do not change. For example, the close and trusted partnership between Barbados and the United Kingdom as vital members of the Commonwealth," reads an excerpt of his speech, as released by the prince's office.

The development has however sparked debate among the population of 285,000 over centuries of colonial influence, including over 200 years of slavery until 1834, and Barbados finally attaining independence in 1966.

"As a young girl, when I heard about the queen, I would be really excited," said Sharon Bellamy-Thompson, a 50 year-old a fish vendor in Bridgetown, who recalls being about eight and seeing the British monarch on a visit.

"As I grow older and older, I started to wonder what this queen really means for me and for my nation. It didn't make any sense," she said. "Having a female Barbadian president will be great."

"The wealth gap, the ability to own land, and even access to loans from banks all have a lot to do with structures built out of being ruled by Britain," Bulbulia, 26, said.

"The actual chains (of slavery) were broken and we no longer wore them, but the mental chains continue to persist in our mindsets."

In October, the island elected Mason as its first president, one year after Prime Minister Mia Mottley announced the island would "fully" leave its colonial past.

However, some citizens argue there are more concerning national issues, including the economic dent inflicted by the Covid-19 pandemic, which has exposed the country's over dependency on tourism -- which, interestingly is reliant on British visitors.

An uncanny calm in usually bustling capital city of Bridgetown, small numbers at popular tourist locations and a dead nightlife scene all indicate to a nation struggling following years of comparative prosperity.

Unemployment in the country is at nearly 16 percent, a rise from nine percent in recent years, despite heavily increased government borrowing to finance public sector projects and create jobs.

The island has just eased a prolonged Covid-19 curfew, pushing it back from 9 pm to midnight.

Opposition leader Bishop Joseph Atherley said this week's ceremonies among dignitaries would largely not be accessible to common citizens.

"I just don't think we are doing ourselves a credit and a just service by having this when people are being admonished to sit in the comfort of your home and watch on a screen," Atherley said.

"Increasing numbers of Covid cases, an increasing sense of stress and fear -- I just don't think that it is the right time."

' Its time we stand on our own feet'

Some critics have also questioned Mottley inviting Prince Charles as the guest of honor, and to confer him with the Order of Freedom of Barbados, the highest national honor.

Kristina Hinds, international relations lecturer at the University of the West Indies in Barbados, said "The British royal family is a source of exploitation in this region and, as yet, they have not offered a formal apology or any kind of repair for past harms."

"So I don't see how someone from the family can be given this award. That is beyond me," she added.

Besides, in the light of Black Lives Matter movements across the globe, local activists in 2020 successfully called for the removal of a statue of the British Admiral Lord Horatio Nelson that stood in National Heroes Square for two centuries.

Besides, the conclusion of the queen's reign is seen by some as a necessary measure in the direction of financial reparations to address the historic effects of the use of slaves brought from Africa to work on sugar plantations.

For many citizens of the island nation, replacing the British queen is just catching up with how the country has felt for many years.

"I think it's a very good thing we're doing, becoming a republic, because we were independent 55 years now and it's time enough that we stand on our own feet," said Derry Bailey, a 33 year-old, owner of a beach chair and water sports rental business.