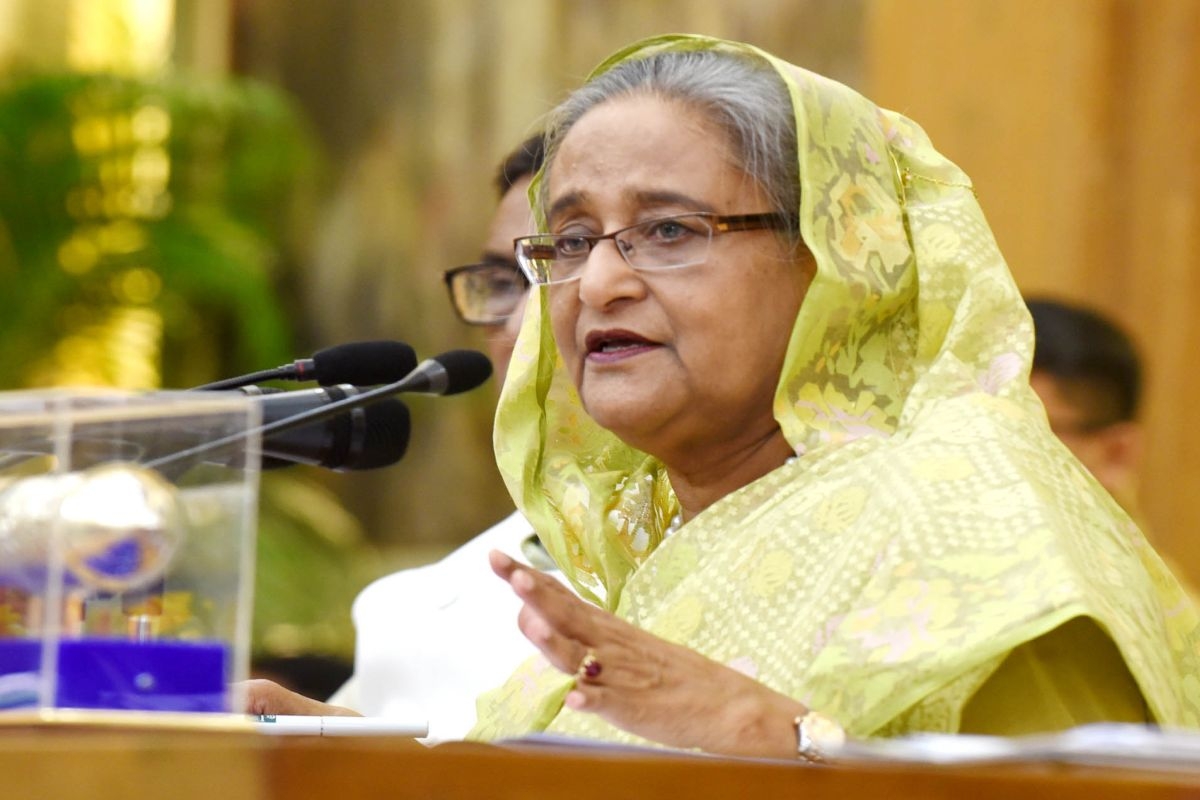 Prime Minister Sheikh Hasina said on Sunday that certain quarters with vested interests were disseminating propaganda to create communal divide and tarnish the image of Bangladesh, as the country recovers from a slew of violence against Hindus and mob attacks on temples during Durga Puja festivities, according to a media report.

Attacks on Hindu temples intensified in Bangladesh since October 13 after an alleged blasphemous post surfaced on social media during the Durga Puja celebrations. On the night of October 17, a mob damaged 66 houses and set on fire at least 20 homes of Hindus in Bangladesh.

"No one can make Bangladesh go backwards. Some of the incidents that we occasionally see are orchestrated. It is being done intentionally so that Bangladesh's image is damaged," Prime Minister Hasina was quoted as saying by bdnews24.com.

Speaking during the inauguration of the Payra bridge in southern Bangladesh, Hasina said that certain quarters with vested interests are disseminating propaganda aimed at creating a communal divide. She, however, did not name any one.

"No matter how much good work we do, there is a quarter that is occupied with discrediting Bangladesh. What do they want? They don't want the normal democratic process to continue in this country," she said, urging people to be wary of the attempts to destabilise the country.

Eight people died as communal violence spread to several other districts amid the festivities, the report said. The Durga Puja celebrations, considered to be the biggest festival of the minority Hindu community in Bangladesh, concluded without the traditional Bijoya Dashami procession.

Bangladesh's security agencies on Saturday arrested Shaikat Mandal, who is believed to be the second key suspect behind the recent violence. His arrest came a day after police had nabbed Iqbal Hossain, 35, the key suspect from Cox Bazar area.

So far, police have arrested nearly 600 people from various parts of the country for inciting violence against the Hindus during the Durga Puja festivities.

On Tuesday, Prime Minister Hasina instructed her home minister to initiate immediate action against those who incited violence using religion as she asked the people not to trust anything on social media without fact-checking.

The Foreign Ministry in a statement underlined that the Government of Bangladesh "unequivocally condemned those incidents and took serious note of the reactions from within and outside the Hindu community."

The violence has been widely condemned by the United Nations. UN's resident coordinator in Bangladesh Mia Seppo said that the attacks on Hindus are against the values of the country's Constitution and need to stop.

Hindus constitute around 10 per cent of the Muslim-majority Bangladesh's 169 million population. 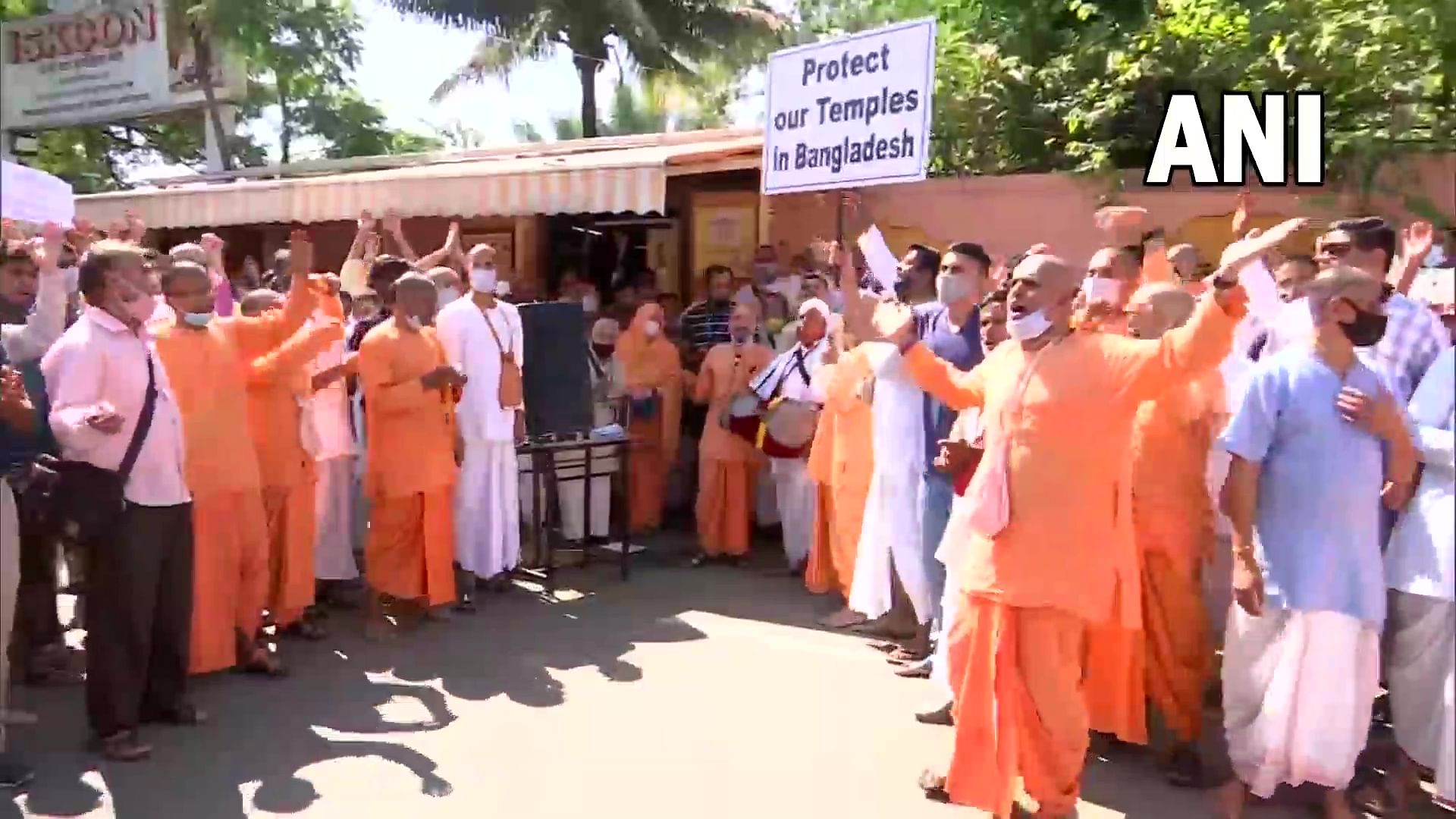 Photos: ISKCON devotees protest in Pune against attack on minorities in Bangladesh