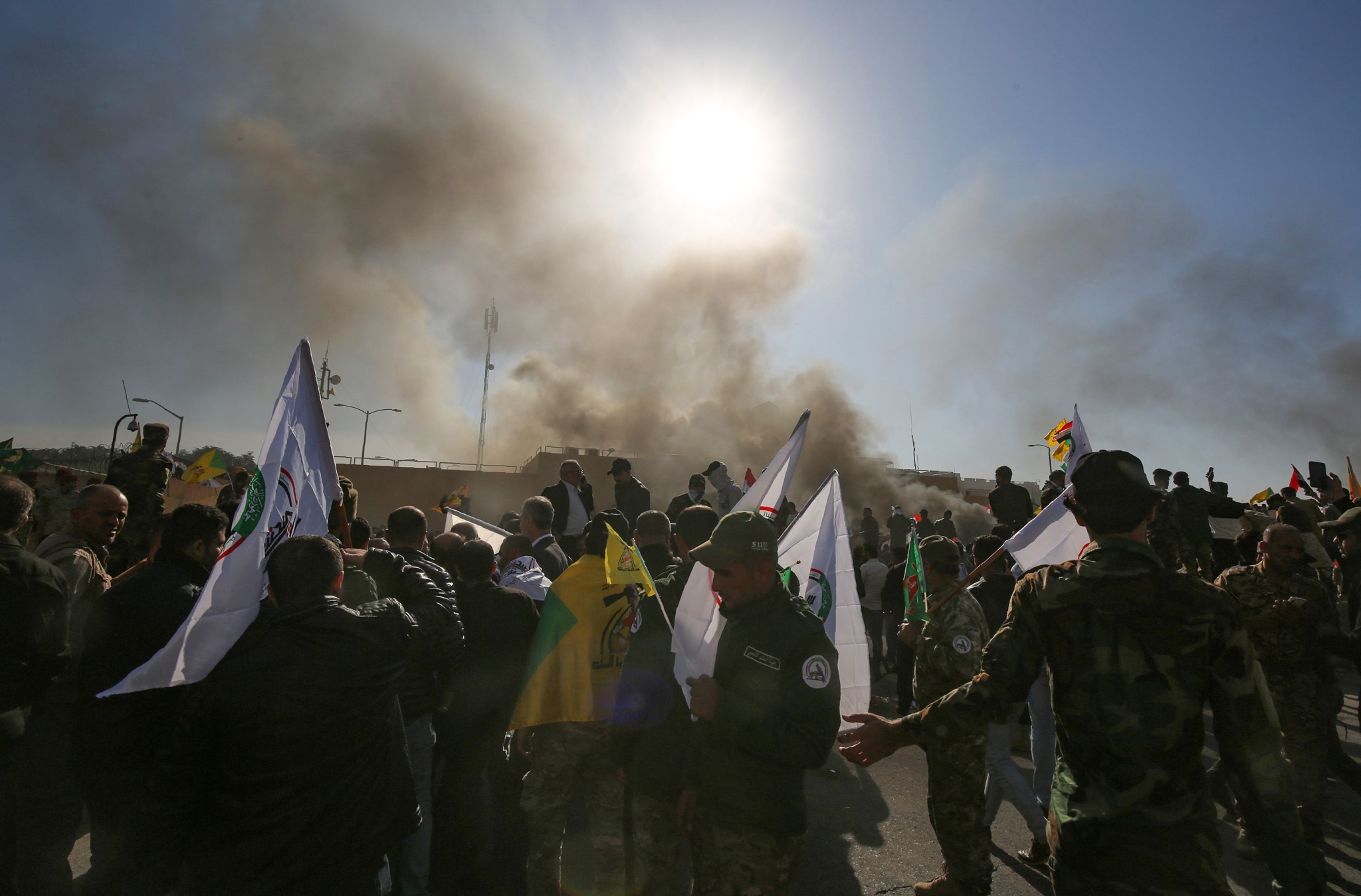 Iraqis protest outside the US embassy in the capital Baghdad to protest against the weekend's air strikes by US planes on several bases belonging to the Hezbollah brigades near Al-Qaim, an Iraqi district bordering Syria, on December 31, 2019. | Photo by AHMAD AL-RUBAYE / AFP

Baghdad: The staff of the US embassy here on Tuesday was evacuated from the building amid protests outside the embassy over American strikes in Iraq and Syria on Hezbollah targets, Sputnik reported.

Numerous Iraqi citizens have gathered outside the embassy premises.

The strikes were made through Air Force F-15E fighter planes. Jonathan Hoffman, the chief Pentagon spokesman said that the targets included weapons storage facilities and command posts of Hezbollah that were used to attack American and partner forces and that they were carried out in retaliation to a rocket attack on Friday in which an American contractor was killed. At least 24 people were killed and more than 50 wounded in the strikes. 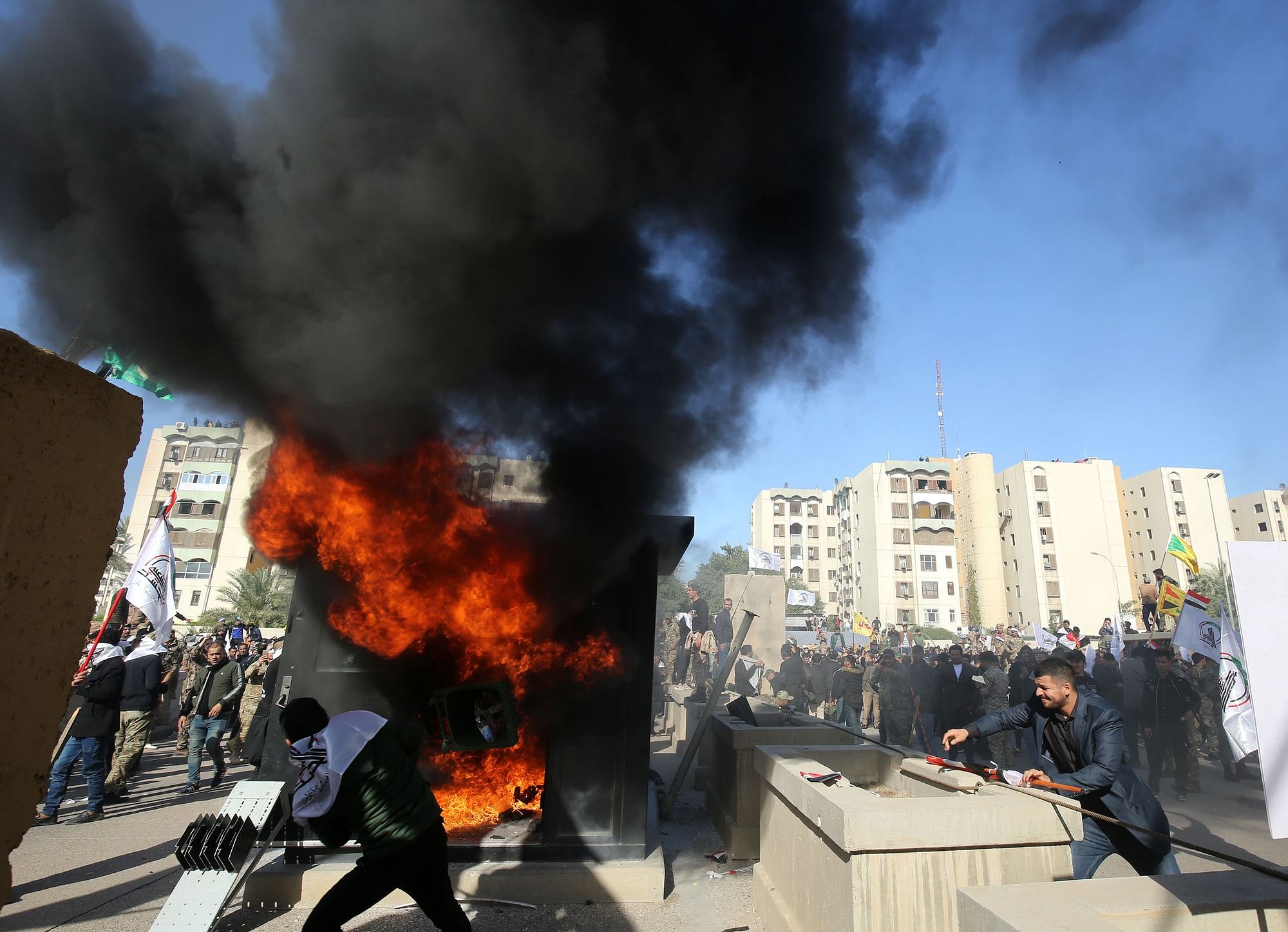 US Embassy in Baghdad stormed by protesters