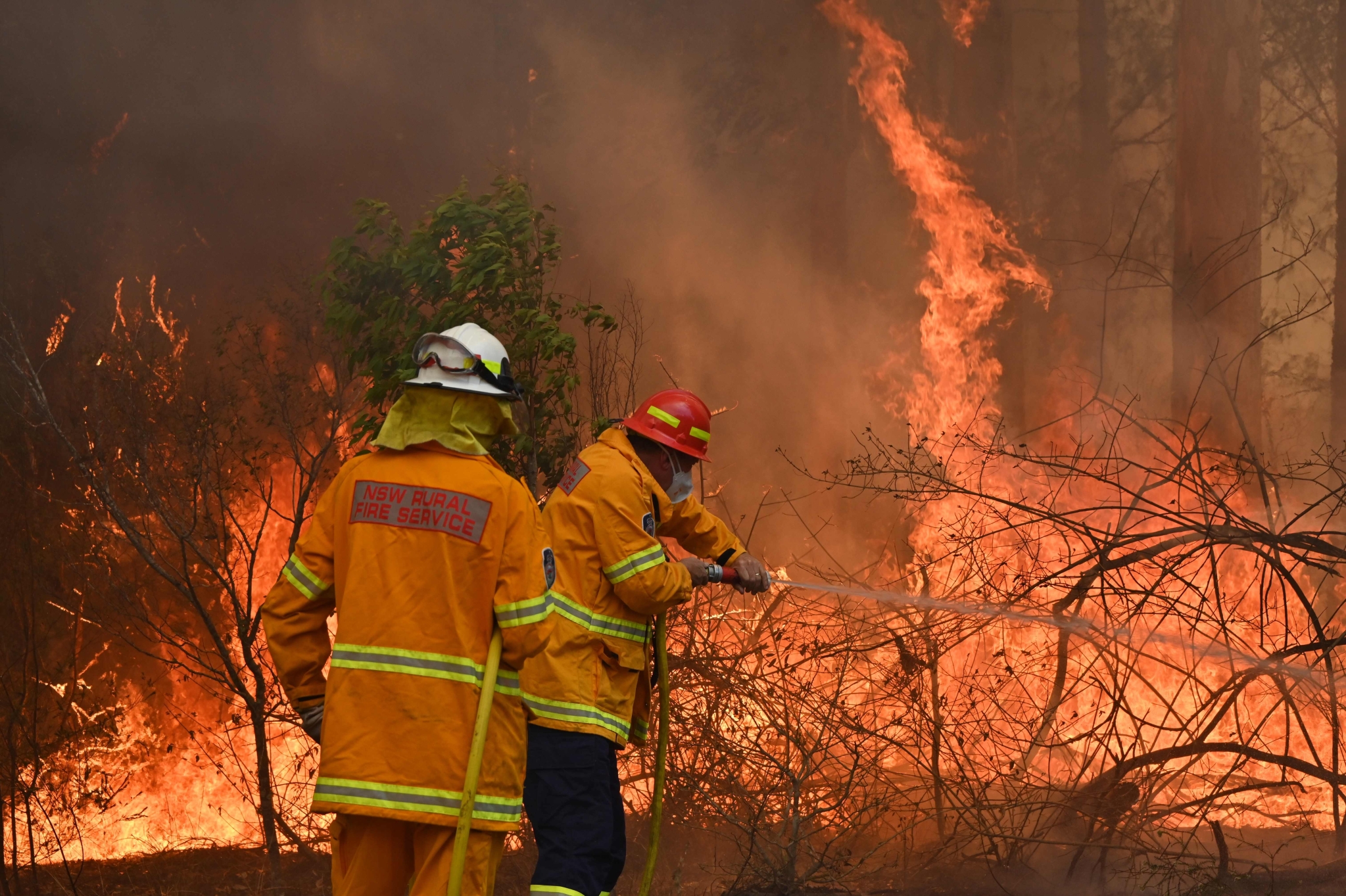 Firefighters tackle a bushfire to save a home in Taree, 350km north of Sydney on November 9, 2019. | Photo by PETER PARKS / AFP

Around 1,500 firefighters were battling more than 70 fires across Australia's most populous state, New South Wales, with the most intense in the northeast, where flames were fanned by strong winds, Rural Fire Service Commissioner Shane Fitzsimmons said.

A woman who was found unconscious and with serious burns Friday near Glen Innes died in a hospital, he said. 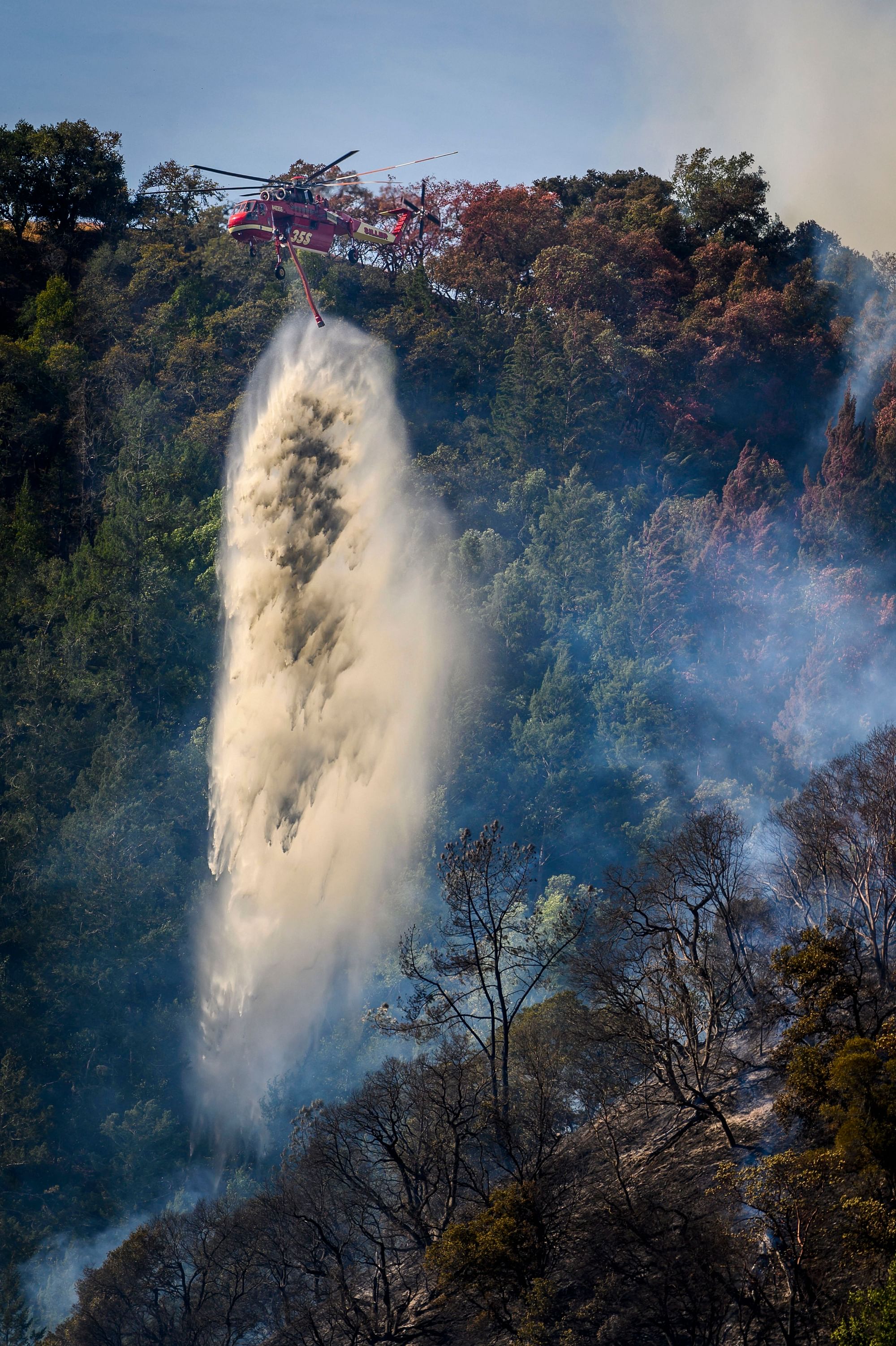 Tens of thousands evacuated as wildfires rage in California

Vivian Chaplain, a 69-year-old mother of two and grandmother of six, was alone in her house in the small community of Wytaliba when it was engulfed in flames, her daughter-in-law Chrystal Harwood said.

"I was the last one to speak to her. She was in an absolute panic. She said: 'We're on fire. There's fire everywhere. I need the boys here now,'" Harwood said of their final phone call.

"Before I even got to tell her to just get out, she'd hung up on me. I couldn't get back through to her. I tried so many times," Harwood added. "She was amazing. She was such a strong, loving woman." On Friday, Harwood made a desperate plea on social media for someone to come to Chaplain's rescue.

"Viv is alone can someone help, anyone please ... boys are on the way down if they can get through," Harwood posted. "'The RFS can't get to her they are trying ... the road down is a tunnel of fire." Firefighters found another body on Saturday morning in a burned car near Glen Innes, a victim of the same fire, officials said. The local man's name has not been released.

A third body was found Saturday afternoon in a burned house at the village of Johns River, north of Taree, police said. An autopsy will determine whether the victim is the 63-year-old woman who owns the house, police said. That victim died in a fire hundreds of kilometers (miles) from Glen Innes.

Another five people remained missing in the vicinity of the Glen Innes fire and authorities held grave fears for their safety, Fitzsimmons said.

At least 150 homes had been destroyed since Friday, and damage assessment teams had yet to reach some devastated areas, officials said.

Hundreds of people evacuated their homes along a 500-kilometer (310-mile) swath of the eastern seaboard from the Queensland state border south to Forster.

Forster is a town 300 kilometers (190 miles) north of Sydney, Australia's largest city. Many spent the night in evacuation centers, while some slept in cars. In Queensland, around 50 wildfires were raging on Saturday.

At least one house was lost, a firefighter suffered a broken leg and 6,000 residents were evacuated from three communities in the state's southeast, police said.

"The devastating and horrific fires that we have seen particularly in New South Wales but also in Queensland have been absolutely chilling," Morrison said.

The Insurance Council of Australia declared the wildfire crisis a "catastrophe," meaning insurance claims will be given priority. In Taree, more than 300 people evacuated overnight to a social club, including Club Taree's chief executive, Morgan Stewart. "It was pretty scary," Stewart said.

"We're hearing lots of stories of lost houses, lost property, goods and effects, animals, land. It's going to be horrific, I think." Peter Lean spent the night on the roof of his house in the town of Wallabi Point, using a garden house to extinguish burning embers carried on strong winds.

"I've never seen the sky so red since 2000," Lean said. "We've got winds blowing, they're circling, it's like a cyclone." The fire danger reached unprecedented levels in New South Wales on Friday, when 17 fires were burning at the most extreme danger rating known as the Emergency Warning Level.

"To have 17 of those fires burning all at the same time across a fairly broad geographic area like the north coast of New South Wales, we simply have not seen that before, that level of intensity," Fitzsimmons said. Between two and five fires were burning at the highest danger rating during Saturday.

The annual Australian fire season, which peaks during the Southern Hemisphere summer, has started early after an unusually warm and dry winter.