Kabul: Afghanistan's central bank, Da Afghanistan Bank (DAB), has allowed merchants and owners of private companies to withdraw $25,000 from their bank accounts once in a month, a local TV channel reported.

Following the latest decision and announcement of DAB, the Afghan entrepreneurs could receive $25,000 or its afghani equivalent once in a month from their accounts from all banks across Afghanistan, Xinhua news agency quoted TOLO News as saying on Monday.

Reports of freezing Afghanistan's bank assets by the US as well as a halt of funds by the World Bank and the International Monetary Fund (IMF) have recently fuelled concerns among Afghans.

After the Taliban seized power in Afghanistan last month, the International Monetary Fund and the World Bank halted their aid to the war-torn country which largely depends upon the flow of foreign funds. According to reports from Kabul, Afghanistan's economy is near collapse.

On August 28, the DBA issued an order to all banks in the country, setting a temporary limit of withdrawals of $200 or 20,000 afghani for every customer every week.

Thousands of customers had waited in long lines to withdraw their savings since the Taliban's takeover of the country in August.

Meantime, local businessmen and members of the Afghan Chamber of Commerce told TOLO News that the cash allowed to be withdrawn was insufficient and they could do less with the amount. 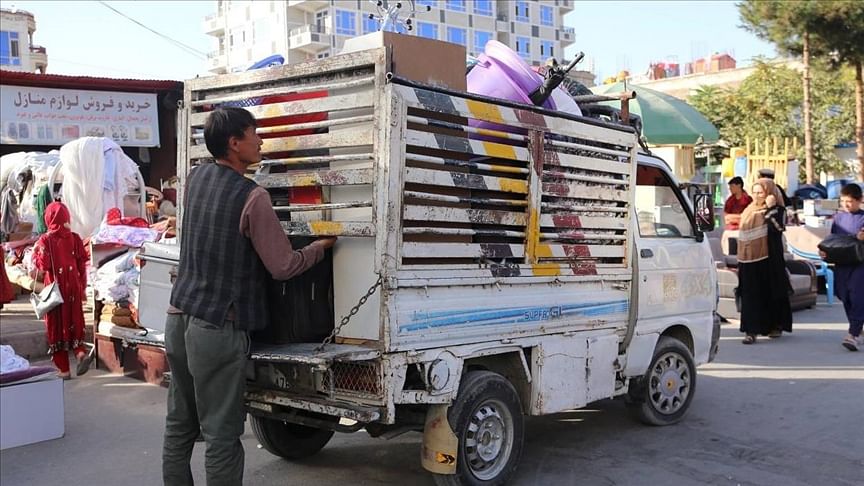 They said in order to run their business they need enough money to withdraw from government-run and private banks.

Meanwhile senior officials from the previous administration on Monday asked for immediate attention by the US government and the Taliban to make sure Afghan reserves are unfrozen as a short-term solution to the current banking crisis, as per TOLONews.

As a short-term solution for stabilizing afghani, former Central Bank governor Wahidullah Nosher suggested that the pledge aid of of over $1.1 billion by the international community at the UN should be channeled through Afghan banks.

Analysts said the banking problems have heavily affected the country's economy and that it requires urgent attention.

Experts said Afghan private banks could not resume operations unless they receive around $2 billion in assets from the Central Bank and foreign banks.

The participants said there is a need for a clear decision on Afghan banks to ensure normalcy in their activities.