Americans bear the brunt of dirty US politics

Across town at the White House, Trump is more focused on getting credit for the vaccine development push and blocking President-elect Joe Biden from getting the information needed to ensure the new administration can smoothly take over the fight against the pandemic.
Associated Press 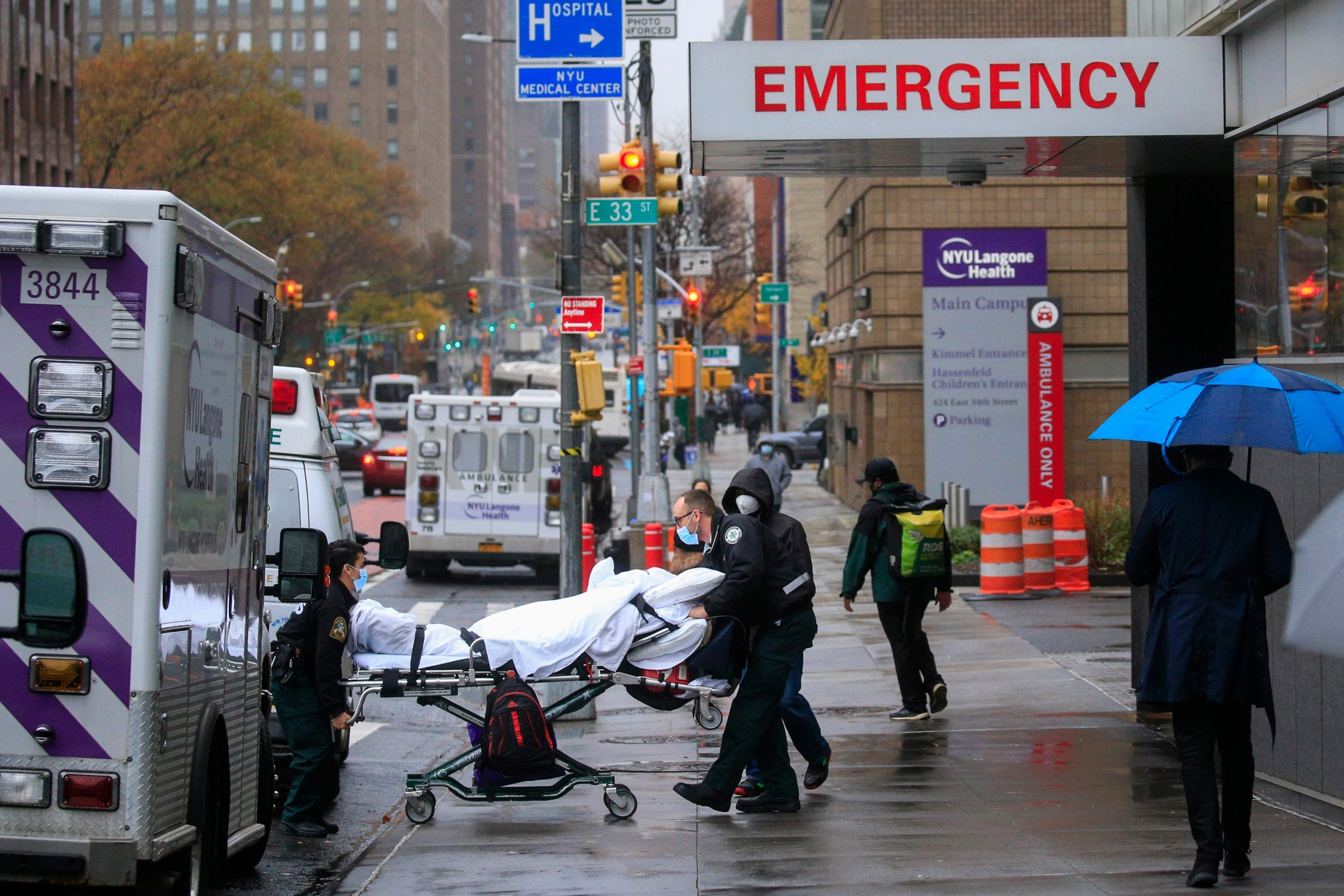 With the nation gripped by a resurgent coronavirus and looking to Washington for help, President Donald Trump and lawmakers in Congress have a message for struggling Americans: Just keep waiting.

The urgency of the nationwide surge in virus cases, spiking hospitalizations and increasing death tolls has hardly resonated in the nation's capital as its leaders are vexed by transition politics and trying to capitalize on the promise of a coming vaccine.

The virus has killed more than 247,000 Americans this year and infected at least 11.1 million - some 1 million of them in just the past week.

Yet in Congress, where talks over economic relief bills stalled out months ago, lame-duck approval of aid is hardly front-of-mind.

Across town at the White House, Trump is more focused on getting credit for the vaccine development push and blocking President-elect Joe Biden from getting the information needed to ensure the new administration can smoothly take over the fight against the pandemic.

"Another Vaccine just announced," Trump tweeted Monday morning after Moderna announced that its candidate appeared in early testing to be 95% effective against the virus.

"For those great 'historians', please remember that these great discoveries, which will end the China Plague, all took place on my watch!" On a call Monday with governors, Vice President Mike Pence, who heads the White House coronavirus task force, struck a rosy tone and asked states to give their residents comfort that vaccines are coming and that "America and your state has never been more prepared." That didn't stop Louisiana Gov. John Bel Edwards from appealing to Pence and Trump for a more unified message on the importance of social distancing and wearing masks. And Dr. Deborah Birx, the task force coordinator, reported that 27 states were in the "red zone" for widespread transmission of the virus - more widespread and worrisome than spikes seen earlier this year.

Biden said he was hopeful that Trump "will be mildly more enlightened before we get to Jan. 20."

He said he understood Trump's "reluctance" to admit defeat and share his administration's plans but called it "a shame."

There's no progress in Congress yet, either. The split-decision election - in which Democrats absorbed sizable losses in House races despite defeating Trump - hasn't sparked any progress or prodded House Speaker Nancy Pelosi, D-Calif., or Senate Majority Leader Mitch McConnell, R-Ky., to move from their pre-election postures.

Pelosi wants to go big, say $2 trillion; McConnell wants a smaller package in the $500 billion range that his rightward-tilting colleagues can live with. Moving toward somewhere in the middle would be difficult for both camps.

Trump is a disruptive factor on Capitol Hill and no deal is possible without his buy-in, or at least his signature. Without a better and more reliable signal of Trump's intentions, both McConnell and Pelosi could be wary of navigating the turbulence required to forge an agreement.