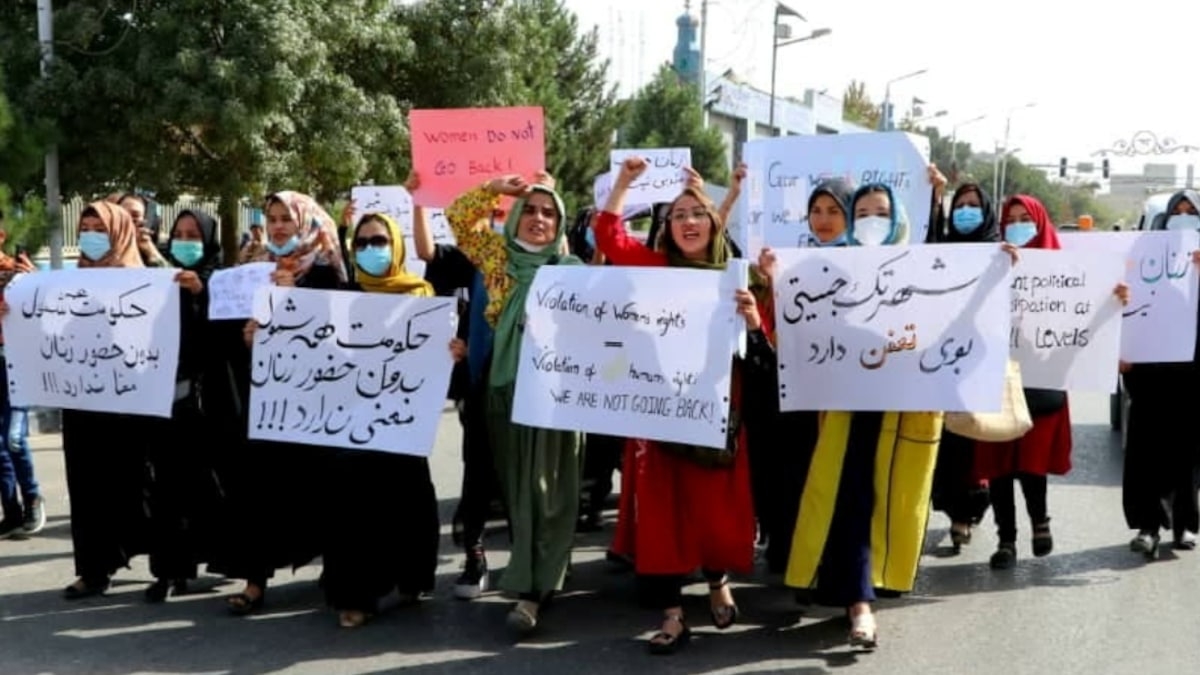 The Taliban on Tuesday fired shots to disperse protestors in Kabul who were chanting anti-Pakistan slogans.

Though the crowd had taken to the streets to denounce the Taliban and clamour for women’s rights, the anger was predominantly directed at Pakistan which is seen to be needlessly meddling in Afghan affairs. This was apparent from the slogans that rent the air -- "death to Pakistan", "we don't want a Pakistani puppet government" and "Pakistan, leave Afghanistan", among others. "ISI stay away," read a placard held up by a woman at the protest outside the Pakistani embassy in the Afghan capital.

Video footage from the protest venue shows people running amok, their howls drowned in the din, amidst sound of heavy gunfire in the background.

Pakistan has for long supported the Taliban insurgency, which Islamabad denies is the case. But the presence of the ISI chief Faiz Hameed in Kabul during the formation of government and the attempt to give the Haqqanis – known for its proximity to Al Qaeda – a larger say in running the military, has reinforced fears that Pakistan wants a puppet regime in Kabul.

Some journalists were prevented from filming the rally, and Afghanistan's Tolo News agency reported that its cameraman was arrested along with some other local and foreign media workers.

When the Taliban were last in power 20 years ago, Pakistan was one of the few countries to formally recognise its government. And when the Taliban seized Kabul last month, Pakistani Prime Minister Imran Khan declared the group were "breaking the chains of slavery".

The protests against Taliban are not just a manifestation of anger against Pakistan but also against the misgivings the civilian population has about their handling of gender issues.

The previous day, a small group of women in the northern city of Mazar-i-Sharif gathered in a protest for their rights. Defiant women also came together in Herat last week demanding they be allowed to participate in the new government. Who is Mullah Mohammad Hasan Akhund? All you need to know about head of Taliban's 'acting' govt