Peshawar: The Taliban have postponed the formation of a new government in Afghanistan for next week, their spokesman Zabiullah Mujahid said on Saturday, as the insurgent group struggles to give shape to a broad-based and inclusive administration acceptable to the international community.

"The announcement about the new government and Cabinet members will now be made next week," Mujahid said without giving further details.

Khalil Haqqani, a member of a committee constituted by the Taliban to negotiate talks with different groups over the formation of the government, said the Taliban's bid to form a broad-based government in Kabul acceptable to the world, in fact, is causing the delay.

"The Taliban can form a government of their own but they are now focussing to have an administration in which all parties, groups and sections of the society have proper representation," he said, acknowledging that "the Taliban alone will not be acceptable to the world." Former Afghan premier and head of Jamiat e Islami Afghanistan Gulbuddin Hekmatyar and brother of former Afghan President Ashraf Ghani, who have announced their support to the Taliban, will be given representation in the Taliban government, he said.

The Taliban are also in the process of negotiating with other stakeholders to seek their support for their government, he added.

Earlier, sources said that Baradar, the Chairman of the Taliban's Political Office in Doha, Qatar, is likely to be the head of the Taliban government in Kabul.

US Secretary of State Antony Blinken on Friday said that America and the international community expect the Taliban in Afghanistan to form an inclusive government with representations from different communities and fulfil its commitments like countering terrorism, respecting the rights of women and minorities and not engaging in reprisal.

"As we've said and as countries around the world have said, there is an expectation that any government that emerges now will have some real inclusivity, and that it will have non-Talibs in it who are representative of different communities and different interests in Afghanistan," Blinken told reporters ahead of his important visit to Doha where the political office of the Taliban is based.

"The expectation is to see inclusivity in government, but ultimately the expectation is to see a government that makes good on commitments that the Taliban have made, particularly in freedom of travel, not allowing Afghanistan to be used as a launching ground for terrorism directed at the US or any of the allies and partners, upholding the basic rights of the Afghan people, including women and minorities, and not engaging in reprisals," Blinken said.

UK Foreign Secretary Dominic Raab, who was in Pakistan on Friday, said the Taliban had made a series of undertakings, "some of them are positive at the level of words" but there was a need to test whether they translated into deeds. In New Delhi, Ministry of External Affairs spokesperson Arindam Bagchi said India's immediate focus in Afghanistan was to ensure that Afghan soil is not used for terrorist activities against it and it was still "very early days" to talk about any possible recognition of the Taliban.

Earlier this week, the Indian envoy to Qatar Deepak Mittal held talks with a senior Taliban leader in Doha.

"We used the opportunity to convey our concerns whether it is in getting people out (from Afghanistan) or on the issue of terrorism. We received a positive response," Bagchi said.

Responding to a question about the recent meeting that India's Ambassador in Qatar had with a senior Taliban leader in Doha, Foreign Secretary Harsh Vardhan Shringla, who was in Washington on Friday, said: "In our statement, we have said that we have told them that we want them to be cognizant of the fact that there should be no terrorism that emanates from their territory directed against us, or other countries; that we want them to be mindful of the status of women, minorities and so on so forth.

"And, and I think they have, also, you know, made reassuring... from their side," he said.

China has expressed the hope that the insurgents will follow moderate and prudent domestic and foreign policies, combat all forms of terrorist forces, live in harmony with other countries, and live up to the aspiration of its own people and the international community.

Pakistan Foreign Minister Shah Mahmood Qureshi has appealed to the Taliban insurgents and former rulers of the war-ravaged country to formulate an all-inclusive political government after mutual consultations.

Qureshi also emphasised the importance of an "inclusive" political settlement in Afghanistan during his telephonic conversation with Blinken last month.

According to sources, the new government in Kabul will be based on the lines of the Iranian leadership, with the group's top religious leader Mullah Hebatullah Akhundzada as Afghanistan's supreme authority.

Read Also
‘Expect to have real, inclusive government in Afghanistan’: US Secretary of State Antony Blinken... 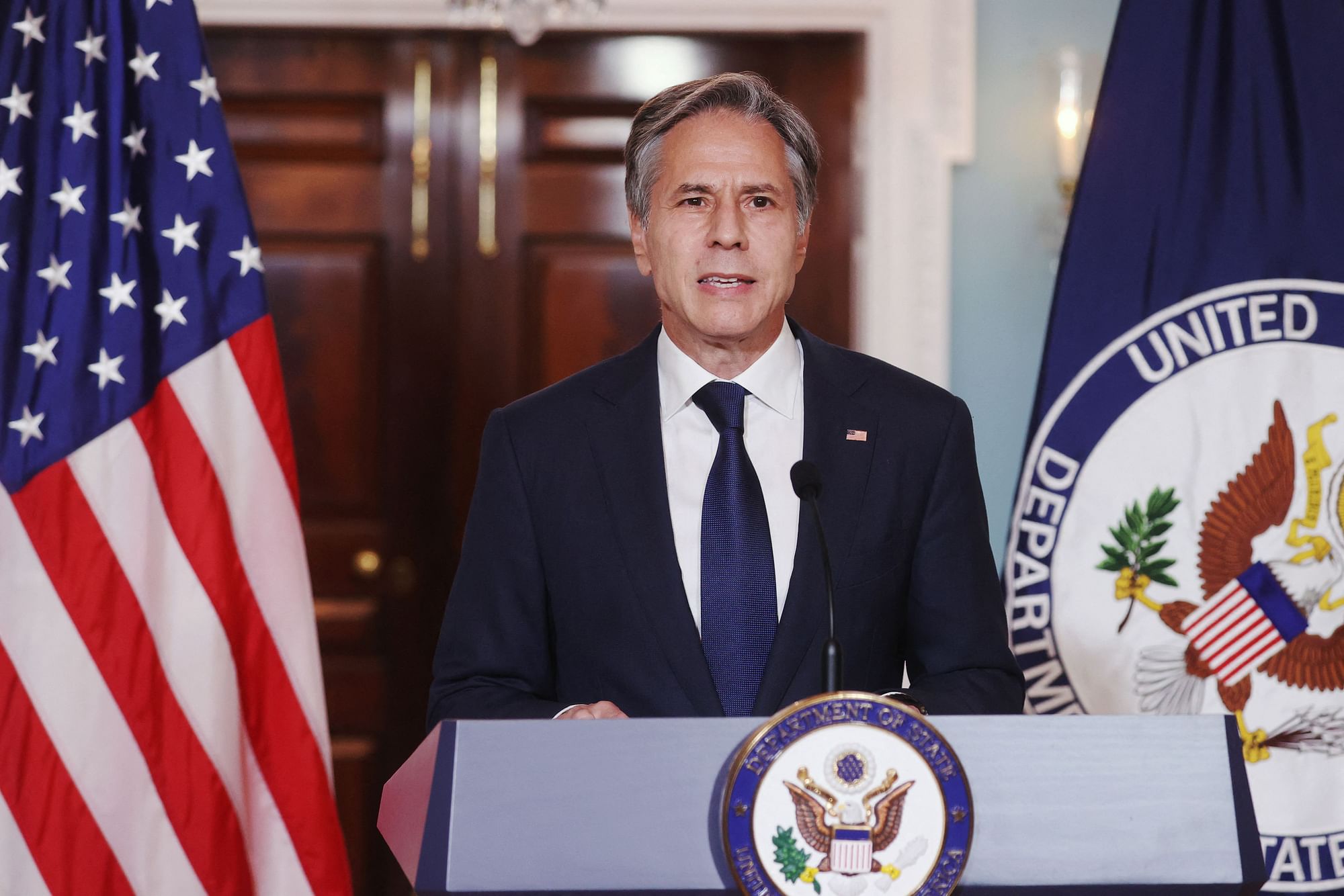