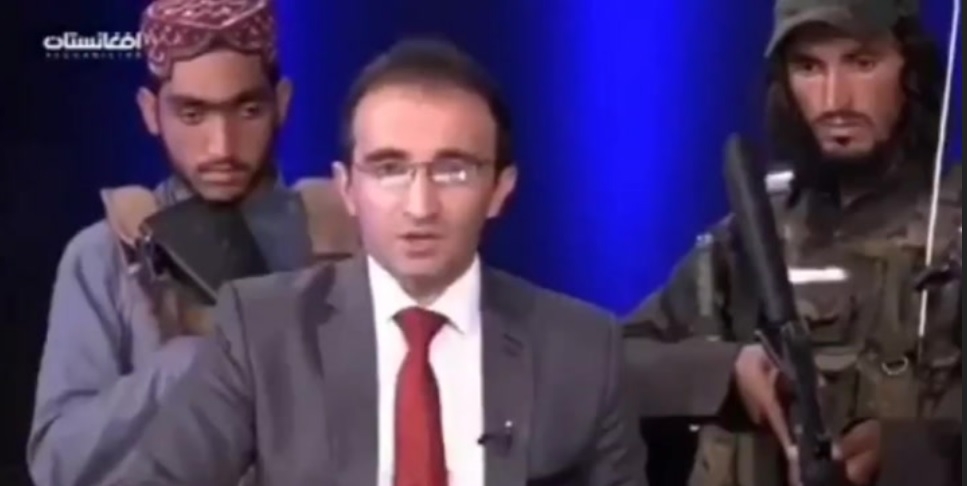 New Delhi: In a shocking moment, an Afghan TV news presenter read out the headlines while being surrounded by armed Taliban members.

The clip was shared online by the TV studio after the militants stormed the building and demanded the news anchor praise the Taliban, the Daily Mail reported.

In the 42-second clip, which has since been viewed more than 1 million times, the news anchor is surrounded by eight armed men who appear to be guarding him as he reads.

It has been reported they stormed the building on Sunday and demanded the presenter speak with them.

According to Wio News, the news anchor carried out a debate with the militants while on air.

The news outlet reports that the presenter spoke about the collapse of the government in Afghanistan and urged the Afghan people not to be afraid.

During the show, called 'Pardaz', the anchor also reportedly told people to co-operate with the group.

The video was filmed as US armed forces said they had carried out a successful drone strike mission which prevented a second terrorist attack at Kabul airport, the report said.

Sharing footage from inside the newsroom, Zaki Daryabi, the Publisher of Etilaatroz and Kabul Now, took to Twitter to say: "This is what @Etilaatroz can't accept. If so, we will stop our work."

Iranian journalist Masih Alinejad retweeted the video and wrote: "This is surreal. Taliban militants are posing behind this visibly petrified TV host with guns and making him to say that people of Afghanistan shouldn't be scared of the Islamic Emirate.

"Taliban itself is synonymous with fear in the minds of millions. This is just another proof."