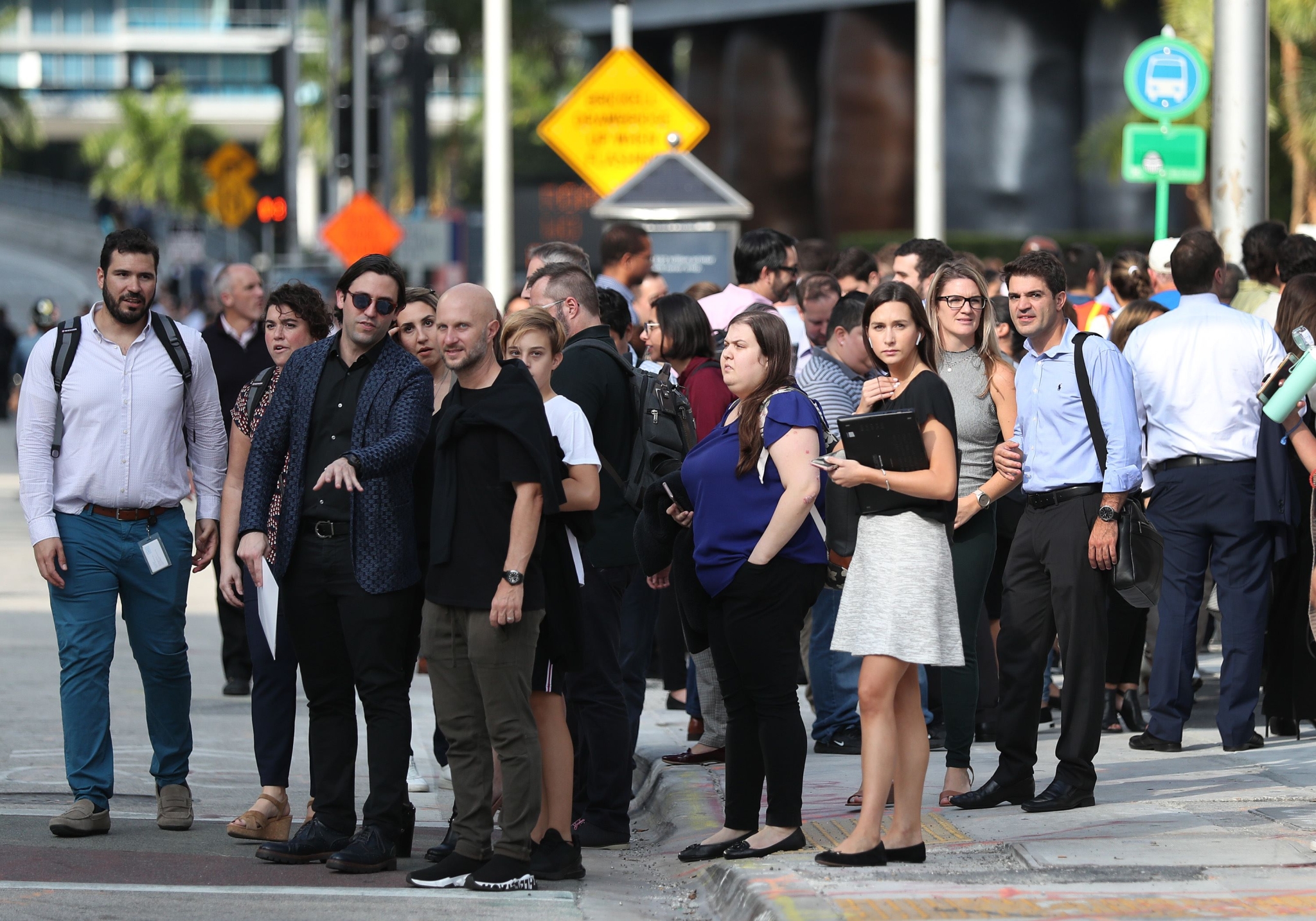 People wait outside after evacuating office buildings after an earthquake struck south of Cuba in Miami, Florida. | Joe Raedle/Getty Images/AFP

Miami: A major 7.7 magnitude earthquake struck Tuesday in the Caribbean between Jamaica and Cuba, triggering a brief tsunami alert and sending hundreds of people pouring onto the streets of Havana.

The tremors were felt as far as the US mainland, where police in Miami evacuated some buildings as precaution.

The US Geological Survey said the quake hit at a depth of 10 kilometers at 2:10 pm 125 kilometers northwest of Lucea, Jamaica.

It estimated there was a low likelihood of casualties or damage, and there were no immediate reports of either.

Hours later, a 6.1 magnitude aftershock hit off the coast of the Cayman Islands, part of a cluster of more than a dozen aftershocks which were mainly in the four-to-five magnitude range and lasted well into the evening, the USGS said.

The US Pacific Tsunami Warning Center initially warned there was a threat of tsunami waves reaching 0.3 to one meter above tide level for the coasts of Jamaica, Belize, Cuba, Honduras, Mexico and the Cayman Islands. But it lifted the alert update about two hours later.

The earthquake was felt in several provinces including Guantanamo and Santiago de Cuba in the east, Cienfuegos in the center and Havana in the northwest, the official Cubadebate website reported.

But there were no preliminary reports of damage or injuries.

Jawara Rawjers, a resident of Kingston, Jamaica told AFP: "I felt the house trembling and realized that it was a quake.

"It lasted about 20 seconds. I checked my watch and it was 2:12 pm. I checked on my family but they didn't feel anything in their part of the house." Machel Emanuel, a doctor in the same city, added: "I was on the second floor of a building and there was a sustained shaking of the building. I felt dizzy. The door was slamming consistently for a while." Many Jamaicans took to social media in the immediate aftermath to post pictures, unverified by AFP, of swimming pools shaking violently.

In Miami, police said buildings were being evacuated as a precaution after reports of tremors being felt in some areas of the city.