HomeWorld4 killed, over 180 injured in wildfires in Turkey

4 killed, over 180 injured in wildfires in Turkey

At least four people have been killed so far and 183 injured in wildfires in southern Turkey, forcing the evacuation of villages and hotels, said reports.

Voice of America said that more than 70 wildfires broke out this week in Turkey's Mediterranean and southern Aegean regions.

According to forestry minister Bekir Pakdemirli, the uncontained wildfires broke out in six provinces. The minister vowed to hold accountable anyone found to be responsible for starting them. Authorities said on Thursday that investigations into the fires had begun.

However, Sputnik quoting a local fire department official reported on Friday that, no wildfires have been detected in Istanbul city, dismissing reports of fires in the city and its suburbs.

Wildfires were previously reported by the local media in a forest in the Basaksehir district of Istanbul.

"Reports of wildfires in the province of Istanbul are unfounded. Of course, fires happen in the city, for example, a three-storey restaurant, situated in a park zone, flared up tonight, but it was a small-scale fire," the representative said, Sputnik reported.

Fire crews from Istanbul were sent to help contain ongoing fires in Mugla and Antalya, the representative added.

Earlier in the week, fires flared up in the Mediterranean and Aegean regions of Turkey. Four people were confirmed dead and 183 injured.

In the popular Turkish resorts of Bodrum and Marmaris several hotels were evacuated due to massive fires. The wildfire in Bodrum and its suburbs was contained and all evacuated tourists returned to their hotels, city mayor Ahmet Aras told Sputnik.

On Friday, Minister of Forestry and Agriculture Bekir Pakdemirli said that twenty wildfires were still raging in six southern provinces of Turkey, while 42 fires had been contained.

On Thursday, the Russian Association of Tour Operators (ATOR) said that the evacuation of 100 Russian tourists is underway from the Titanic Deluxe Bodrum Hotel in Turkey after a forest fire.

"The hotel itself is not on fire. The tourists are being evacuated as part of precautionary measures. A forest on a hill adjacent to Titanic Deluxe Bodrum Hotel buildings is burning. The tourists are being moved to the nearby Lujo Hotel Bodrum and La Blanche Resort Bodrum. As for these two hotels, there has been no decision on evacuating tourists yet," Deputy Director General of the Anex Tour company Yana Muromova was quoted as saying, TASS reported. 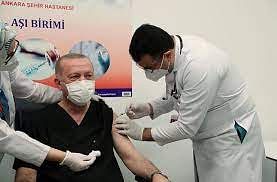