The president-elect has frequently emphasised mask-wearing as a "patriotic duty" and during the campaign floated the idea of instituting a nationwide mask mandate, which he later acknowledged would be beyond the ability of the president to enforce
Agencies 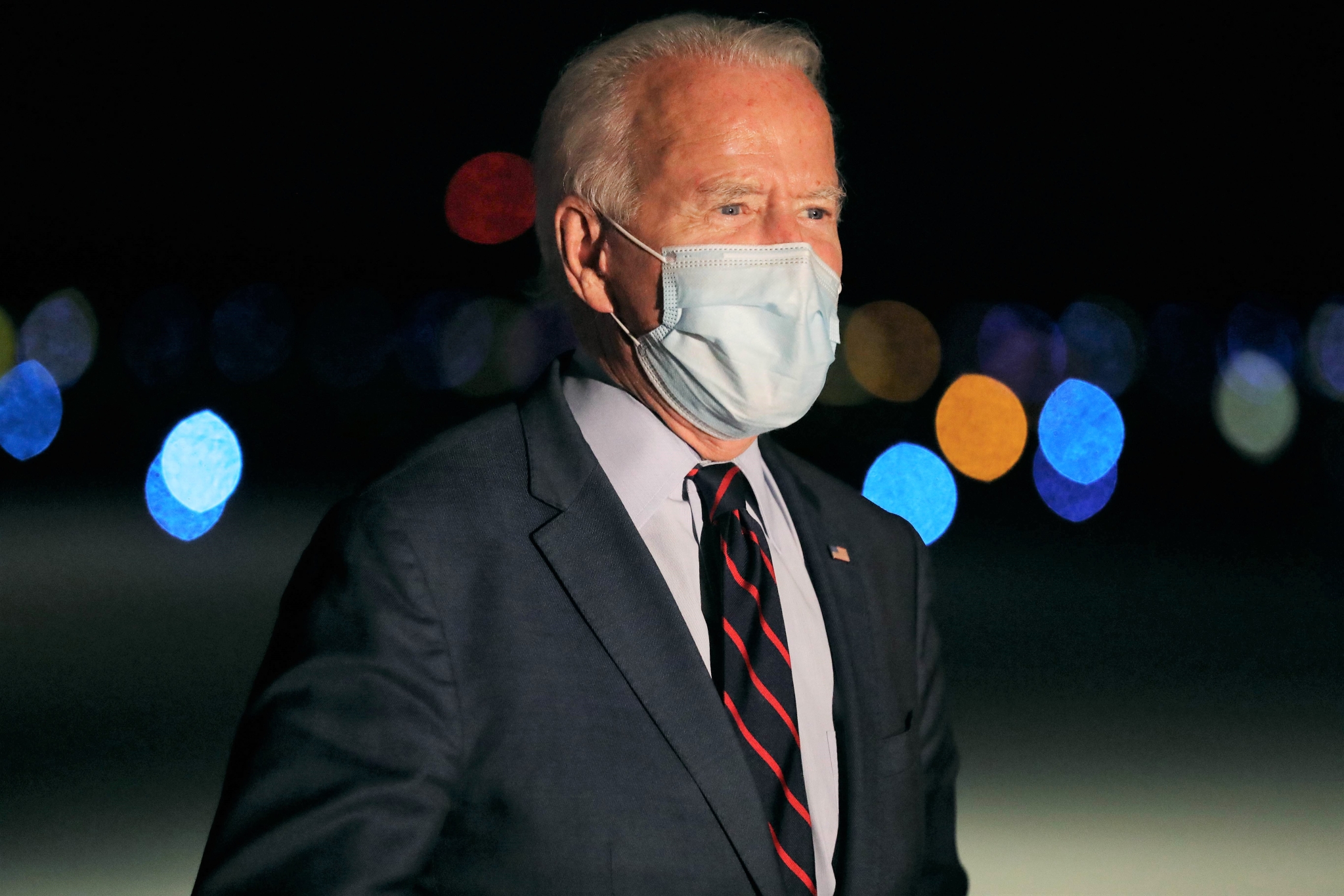 Joe Biden said Thursday that he will ask Americans to commit to 100 days of wearing masks as one of his first acts as president, stopping just short of the nationwide mandate he's pushed before to stop the spread of the coronavirus.

The move marks a notable shift from President Donald Trump, whose own skepticism of mask-wearing has contributed to a politicisation of the issue.

That's made many people reticent to embrace a practice that public health experts say is one of the easiest ways to manage the pandemic, which has killed more than 275,000 Americans.

The president-elect has frequently emphasised mask-wearing as a "patriotic duty" and during the campaign floated the idea of instituting a nationwide mask mandate, which he later acknowledged would be beyond the ability of the president to enforce.

Speaking with CNN's Jake Tapper, Biden said he would make the request of Americans on Inauguration Day, Jan. 20.

Regarding a coronavirus vaccine, Biden said he'd be "happy" to get inoculated in public to assuage any concerns about its efficacy and safety.

"People have lost faith in the ability of the vaccine to work," Biden said, adding that "it matters what a president and the vice president do."

Meanwhile, US Vice President-elect Kamala Harris has named her Chief of Staff, Domestic Policy Advisor and National Security Advisor -- an all-women team -- which she said has the experience to hit the ground from day one.

"Leading my office as Chief of Staff will be Tina Flournoy, whose deep experience, public policy expertise, and accomplished career in public service make her uniquely qualified for this important position," Harris said on Thursday.

"Serving as my National Security Advisor will be Ambassador Nancy McEldowney, whose distinguished Foreign Service career and leadership abroad will be invaluable as we keep the American people safe and advance our country's interests around the world," Harris announced.

Domestic Policy Advisor will be Rohini Kosoglu, she said.

She is not only an expert on some of the most important issues facing the American people, "but also one of my closest and most trusted aides from the Senate and presidential campaign," said the Vice President-elect.

"Together with the rest of my team, today's appointees will work to get this virus (COVID-19) under control, open our economy responsibly and make sure it lifts up all Americans, and restore and advance our country's leadership around the world," Harris said.