1 dead, over 80 missing in landslide at jade mine in Myanmar

The landslide took place at around 4.00 am local time, burying nearly 100 people including jade scavengers and vendors.
ANI 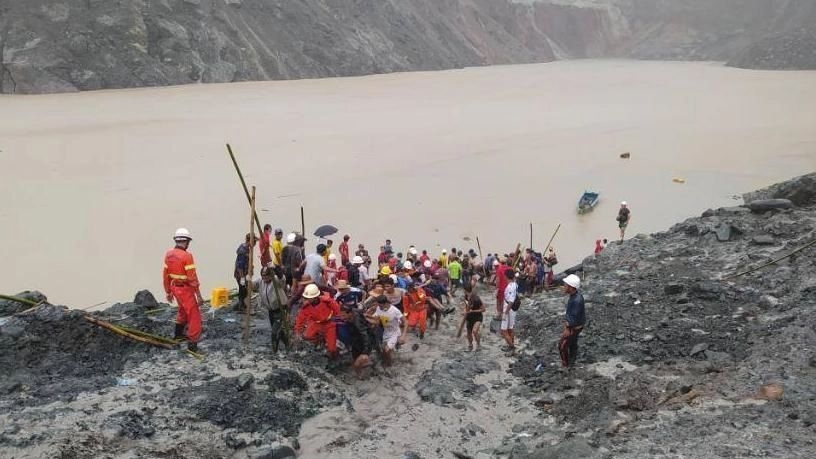 One person died and over 80 people went missing in a jade mine landslide in Myanmar's Kachin state in the early hours of Wednesday, Xinhua quoting a local village administration official reported.

"According to witnesses at the scene, the landslide left over 80 people missing and the rescue operation is being carried out," U Kyaw Min, an official of a village administration office, said.

The landslide took place at around 4.00 am local time, burying nearly 100 people including jade scavengers and vendors, a Hpakant township police officer said, as per Xinhua.

"There is no data about the exact number of the missing jade scavengers," the police officer said.

The authorities and local rescue organizations are conducting the search and rescue operation in the slide-stricken area.

Many locals make their living by jade scavenging in the region and most of the landslides are caused by the partial collapse of tailings heaps and dams, it added.

A major fatal landslide occurred at a jade mining site in Hpakant township in July last year, leaving 174 dead and 54 others injured, as per Xinhua news agency.