A friend was surprised to know that I liked watching cricket. He said that it was about time I took an interest in the environment and went trekking with him into the Aarey forest and joined the protest marches. I would not be budged. I just wanted to watch every single match of the Cricket World Cup 2019. I, actually, should have realised something was wrong when he continuously kept saying ‘crickets’ instead of ‘cricket’.

This World Cup has been a really enjoyable ride, but that’s about to end today. As I look back, I see the empty packets of chips consumed while watching all those matches, and also some moments that made the quadrennial event more than a battle of bat vs ball (alliteration, wah!).

Of course, it all started even before the tournament kicked off with the selection of the teams. The Men in Blue decided that they would start playing mind games with the opposition even before landing in England. As part of this mission, the Indian selectors left out middle-order batsman Ambati Rayudu in the 15-man squad for the tourney and instead choose all-rounder Vijay Shankar for his three-dimensional abilities.

3D films may no longer be popular in Hollywood, but that’s not the case with our cricketers. So, naturally, Rayudu tweeted, “Just ordered a new set of 3d glasses to watch the world cup.” This of course made the selectors jealous since they didn’t have 3D TV sets and also that they weren’t invited to watch the matches with that 3D effect. And so despite two cricketers getting injured in England, Rayudu didn’t get an invite from the team and he walked away, disappearing into the rain.

The rain in Spain stays mainly in the plain! Oops, the rain in England falls mainly during the World Cup. The rain lasted a lot longer than the entire Pakistani batting line-up against West Indies. At one point, during the league stage, the rains had actually scored more than the 10 teams and topped the table.

And friends flooded my WhatsApp with suggestions that the tournament be called ICC Rain Cup. But, ultimately, it was because of the one point that the New Zealand team got from the washed out game against India that they qualified for the semi-finals and Pakistan was kicked out. So, how can I hate it?

The World Cup is the biggest gathering of cricket fans from across the world (actually, it is mainly the Commonwealth countries. But then the US of A has The World Series). And what better place than a carnival to find a model! And so it was that a soft drink company found their latest model from among the Indian fans at the CWC.

Eighty-seven-year-old Charulata Patel became an internet darling and superstar while cheering and blowing a vuvuzela in support of the Men in Blue at Birmingham stadium against Bangladesh. Well, now the super dadi, who blessed both Virat Kohli and Rohit Sharma, will be “swag se bechengi sabko cold drink”.

Legendary Michael Holding was known as ‘Whispering Death’ during his playing days, but he ain’t whispering any more. He is talking so loudly that it is hurting the ears of those sitting in ICC’s ivory towers. ICC said that should have special ‘Holding Tapes’ stuck over their mouths so that they can’t ‘comment’ on the bad umpiring.

And the ICC is right! How dare any of those commentators comment on anything? That is not their job. Their job is to just report on the action on-field just like those good ole days when we used to hear ball-by-ball commentary of the Test matches on All India Radio.

Despite being targeted, the umpires didn’t point out the commentators’ gaffes—it was the online world who brought it to our notice. Former Bangladesh captain Habibul Bashar was bashed for terming Sophia Gardens “a small ground”. The stadium has an 84m boundary towards deep mid-wicket on one side and 79m on the other. This is what happens when you don’t study maths in school, so children hit those books immediately... from Monday.

Ex-India batsman Sanjay Manjrekar, who has been trolled constantly for his commentary, got his ‘fans’ even more riled up by wrongly suggesting that India should have dropped that (Jos) Buttler catch, when in fact India had just dismissed Joe Root. Kiwi legend Brendon McCullum was wrongly hauled up for predicting that in the West Indies vs Sri Lanka match, both would win. Now, isn’t it silly! Of course, both teams would have won, if it had rained and the match washed out or it had been a tie. 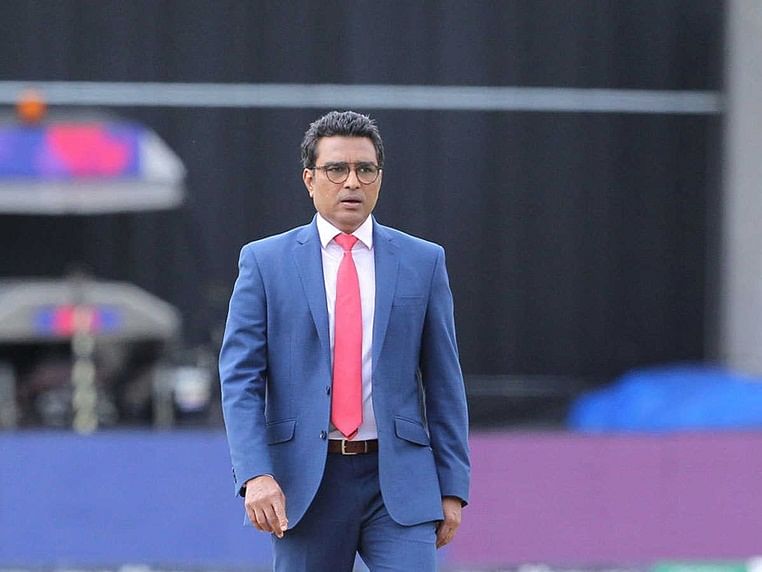 Generally, the dreaded Delhi Belly strikes the white-skinned cricketer during their tour of India. But, this time, it has hit an Indian commentator. Sanjay Manjrekar was diagnosed with verbal diarrhoea by Dr Ravindra Jadeja after the former India cricketer called him a ‘bits-and-pieces’ player. Another side effect of the ‘infection’ was Sanju baba blocking fellow commentator and former England skipper Michael Vaughn on Twitter.

Women have been ruling the World Cup. No, I am not talking of England defender Steph Houghton or American forward Megan Rapinoe. I mean Rihanna, Mayanti Langer and Anushka Sharma. While every fan at the stadiums seemed to have paid attention to Rihanna’s advice and brought their own umbrellas, the cricketers didn’t and suffered. The popstar then decided to turn up at the stadium and see how many had brought their brollies during the West Indies vs Sri Lanka match. She met the Universe Boss, but she didn’t need her umbrella since there was no Gayle Storm that day.

Mayanti Langer may be trying hard to do her job, but according to various fashion experts on social media she is failing in her outfits. These armchair experts are teaching her how to dress and even how to stand and talk. Anushka, meanwhile, is very upset. After all, no one blamed her for Virat Kohli not scoring a hundred in the tournament yet. Feeling neglected by the trolls, she decided to be caught on camera asking a friend what the signal of a boundary was. And it worked brilliantly. She was ecstatic that at last the trolls were happy. 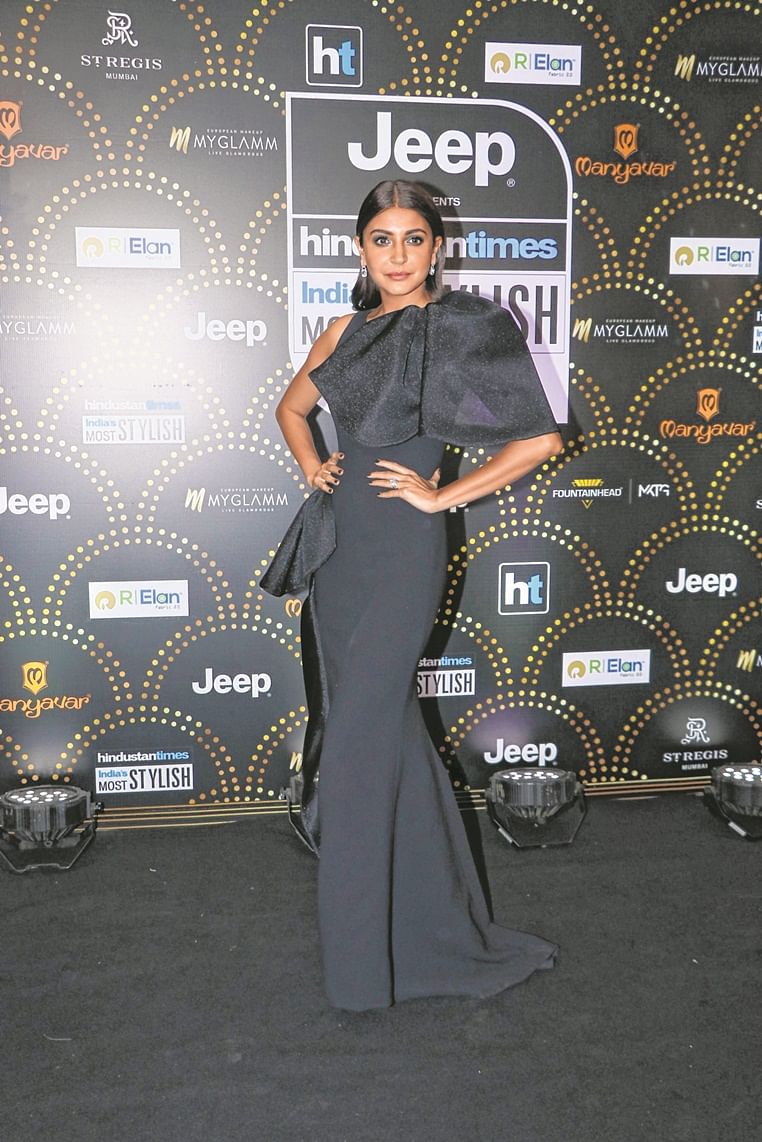 Talking about trolls, Pakistan skipper Sarfaraz Ahmed had his fair share. First, they targeted him for yawning during their match vs India, then his physique. And all because his team lost to India and a few others! Isn’t yawning normal? I do it a lot throughout the day. But then I was scolded by my teachers for doing it during their classes, so what do I know? And why shouldn’t oafs not have the right to abuse him and fat-shame him in front of his kid? 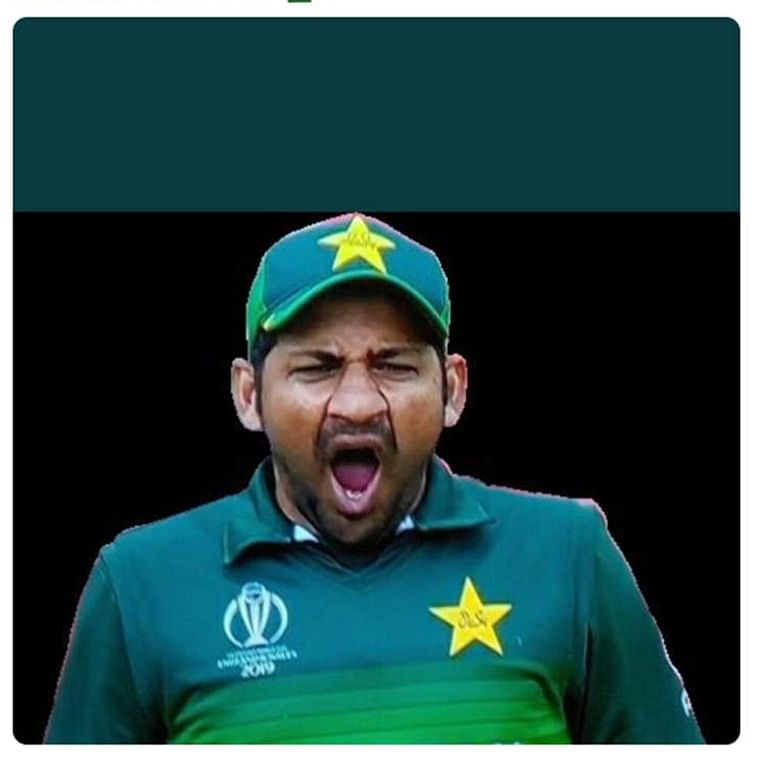 MS Dhoni may have turned 38 during this World Cup, but he doesn’t seem to have learnt a lot from his gazillion days of playing the game. He is still trying to antagonise the public by playing at his own pace, when he should be seeking their advice. He has also not learnt that the ICC is the authority and his friend isn’t running the organisation any more.

He shouldn’t have tried his glove stunt and needs to, in his old age, curb his rebel streak. May be, he will understand the policies in the next four years and not create a controversy during the next World Cup.

Sharing World Cup was an option to be considered if finalists can't be separated: New Zealand coach...

World Cup 2019: No one lost final, there was a crowned winner, says Kane Williamson