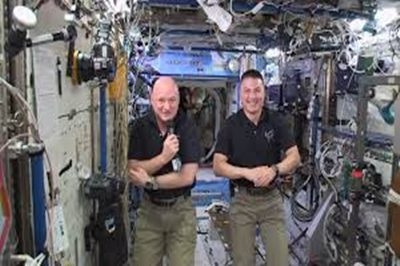 The astronauts restored the ammonia cooling system to its original configuration and also returned ammonia to the desired levels in both the prime and back-up systems, NASA said in a statement. In a minor departure from the planned tasks, the astronauts ran out of time to cinch and cover a spare radiator known as the Trailing Thermal Control Radiator.

The radiator, which Lindgren retracted earlier in the spacewalk, was fully redeployed and locked into place in a dormant state. The radiator had been deployed during a November 2012 spacewalk by astronauts Sunita Williams and Aki Hoshide as they tried to isolate a leak in the truss’ cooling supply by re-plumbing the system to the backup radiator.

The leak persisted and was subsequently traced to a different component that was replaced during a spacewalk in May 2013. The spacewalk was the second for both astronauts and the 190th in support of assembly and maintenance of the orbiting laboratory. Crew members have now spent a total of 1,192 hours and 4 minutes working outside the orbital laboratory.