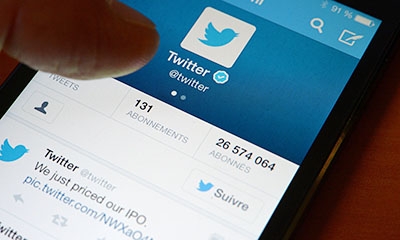 New York : If you have ever stood up for a social cause, you must have turned to social media to garner more support, says IANS.

Now a University of Pennsylvania study has said that ‘slactivists’, or those, ‘liking’ and ‘sharing’ your posts indeed play a great role in mobilising support.

They are the people who tint their Facebook profile pictures with the French flag to support Parisians, or pink to get behind Planned Parenthood. They sign online petitions, share activist videos, and re-tweet celebrities who take a political stand.

Some dismiss them as ‘slacktivists’, but the new study finds that these peripheral players actually play a critical role in extending the reach of social movements – even doubling them. Led by Professor Sandra Gonzalez-Bailon from University of Pennsylvania and Pablo Barbera from New York University, the study analysed millions of tweets surrounding a few specific social protests: the 2013 Gezi Park protests in Turkey, and the 2012 United for Global Change campaign.

Using location data embedded in the tweets, the researchers were able to differentiate between the people who were physically at a protest site versus those who were spreading the message from afar.

They also looked at the senders’ networks to construct a model of how information flowed and spread during the protest. “The study helps advance our understanding of the role of Twitter in protests, something that has been hotly debated.

Some critics have been passionately against the idea that Twitter plays any substantial role in social movements,” Gonzalez-Bailon said. During the Arab Spring protests, it became quite clear that Twitter in fact does play a significant role in modern protests, with some observers even seeing it as the key instrument for organising any modern protest.

“Of course social media doesn’t push you to risk your life and take to the streets, but it helps the actions of those who take the risk to gain international visibility,” Gonzalez-Bailon added. The study appeared in PLOS ONE.