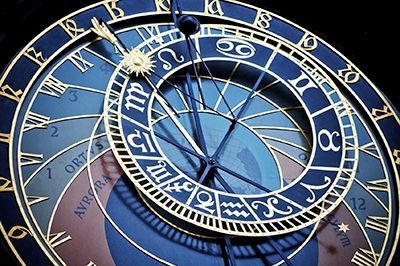 New York : In an example of where the scientific community can make a contribution to knowledge described in important ancient texts, researchers have used advanced astronomical software to accurately date lyric poet Sappho’s ‘Midnight Poem’ which describes the night sky over Greece more than 2,500 years ago reported IANS.

Typically spoken in the first person, lyric poetry is a formal type of poetry which expresses personal emotions or feelings of the poet.

Sappho’s ‘Midnight Poem’ describes a star cluster known as the Pleiades having set at around midnight, when supposedly observed by her from the Greek island of Lesbos.

“Estimations had been made for the timing of this poem in the past, but we were able to scientifically confirm the season that corresponds to her specific descriptions of the night sky in the year 570 BC,” said lead author Manfred Cuntz, professor at the University of Texas at Arlington (UTA).

The researchers used the advanced software called Starry Night to identify the earliest date that the Pleiades would have set at midnight or earlier in local time in 570 BC.

The software demonstrated that in 570 BC, the Pleiades set at midnight on January 25, which would be the earliest date that the poem could relate to.

As the years progressed, the Pleiades set progressively earlier.

“The timing question is complex as at that time they did not have accurate mechanical clocks as we do, only perhaps water clocks,” Cuntz said.

“For that reason, we also identified the latest date on which the Pleiades would have been visible to Sappho from that location on different dates some time during the evening,” he said.

Researchers found that the last date that the Pleiades would have been seen at the end of astronomical twilight — the moment when the Sun’s altitude is minus 18 degrees and the sky is regarded as perfectly dark — was March 31.

“From there, we were able to accurately seasonally date this poem to mid-winter and early spring, scientifically confirming earlier estimations by other scholars,” Cuntz said.

The study was published in the Journal of Astronomical History and Heritage.

Sappho was the leading female poet of her time and closely rivalled Homer.

“Sappho should be considered an informal contributor to early Greek astronomy as well as to Greek society at large,” Cuntz added.

“Not many ancient poets comment on astronomical observations as clearly as she does,” he said.